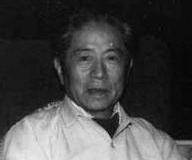 In January Wang Fanxi died in Leeds, England. He was one of the few remaining links to the early Chinese Trotskyist movement. It was after the defeat of the 1926 Chinese revolution that, together with hundreds of other members of the Chinese Communist Party, he began to question the policies of the leadership and joined Trotsky’s Left Opposition.

In January, 95-year-old Wang Fanxi the veteran Chinese Trotskyist sadly passed away in Leeds. Wang, who described himself as "a mere foot-soldier in the Revolution", was one of the few links to the early Chinese Trotskyist movement left to us. His autobiography, Chinese Revolutionary, was translated by Gregor Benton and then released into numerous languages and was an inspiration to many in the movement.
Wang began his political activity in 1925 as a radical student nationalist and then joined the young Communist Party. After the defeat of the second Chinese revolution in 1927, he went to study at the Communist University for the Toilers of the East in Moscow, where he arrive just one month prior to the tenth anniversary of the October revolution.

At this time he was drawn into the factional struggle that taking place within the Russian Communist Party. He and some hundreds of others began to question the official line and became sympathetic to Trotsky and the Left Opposition.

"News of the persecution of the Oppositionists filtered through to us with amazing speed", stated Wang. "This was odd, since the persecution was carried out in conditions of strictest secrecy. There was not a word about the Oppositionists in the press. Nevertheless, whenever anything important happened, we nearly always got to know of it more or less on the same day. For example, news of the suicide on 16 November 1927 of the Soviet diplomat Joffe, the man who had signed the joint declaration with Sun Yat-Sen, spread like wildfire. We heard of Trotsky's deportation the very same morning that it took place. Students gathered in small groups in the refectory, the corridors, and the lecture rooms of the university to swap news of the event. There was scarcely a happy face among them. For three months we had taken part in a virtually non-stop 'discussion' of the struggle between the Stalinists and the Trotskyists…"

Wang read the opposition documents, such as Zinoviev's Theses on the Chinese Revolution, Trotsky's The Chinese Revolution and the Theses of Comrade Stalin, and after that the Platform of the United Opposition of the CPSU. "They had an enormous impact on me… From then on I became a 'Bolshevik-Leninist'."

Hundreds of Chinese students supported the opposition, but as with the Russian opposition they were violently suppressed. Wang returned to China where in Shanghai he worked in the Communist Party's organisation department under Chou En-Lai, but was forced to leave when is opposition views were discovered.

Wang he spent his time attempting to organise the Trotskyist movement, but for much of the 1930s he was imprisoned. This lasted up until the collapse of the authorities after the Japanese attack in 1937 when we was released. He then continued in his propagandist work, producing magazines and books.

By the late 1940s, Mao's guerrilla armies swept through Shanghai. Within three years many of the Trotskyists who had suffered under the Kuomintang were now to suffer under the hands of the Stalinists.

The Chinese Trotskyists were shipwrecked by the victory of Mao. They still clung to the old perspective that the victorious guerrilla armies would only be able to establish a bourgeois regime. However, as Ted Grant and the RCP leaders were able to foresee, the impasse of landlordism and capitalism in China and the existence of the Soviet Union as a model, pushed the Stalinists to expropriate Chinese capitalism and establish a regime in the image of Moscow. It was a distorted version of Trotsky's permanent revolution, where the tasks of the bourgeois democratic revolution could only be carried out by another class, in this case the peasantry used as a battering ram by the Stalinists.

Suffering repression after the Maoist takeover Wang was forced to leave China for Hong Kong in late November 1949. There he remained until 1975, when with help from friends he made his way to Europe. He finally found some respite in exile in Britain.

For the last few years he has been housebound and beset by physical difficulties. But he was still mentally alert and showed a keen interest in the current debates and literature of the movement. At the end of his life he remained aligned to the USFI, a grouping that never understood the developments unfolding in China. Wang was not a theoretician, and was confused on a number of issues, but he was a courageous man who defended the revolution until his death.

"Now that I am approaching the end of my life's journey, I cannot but feel happy to find that what appears before me is not the darkness after sunset, but the bright glimmering of daybreak."