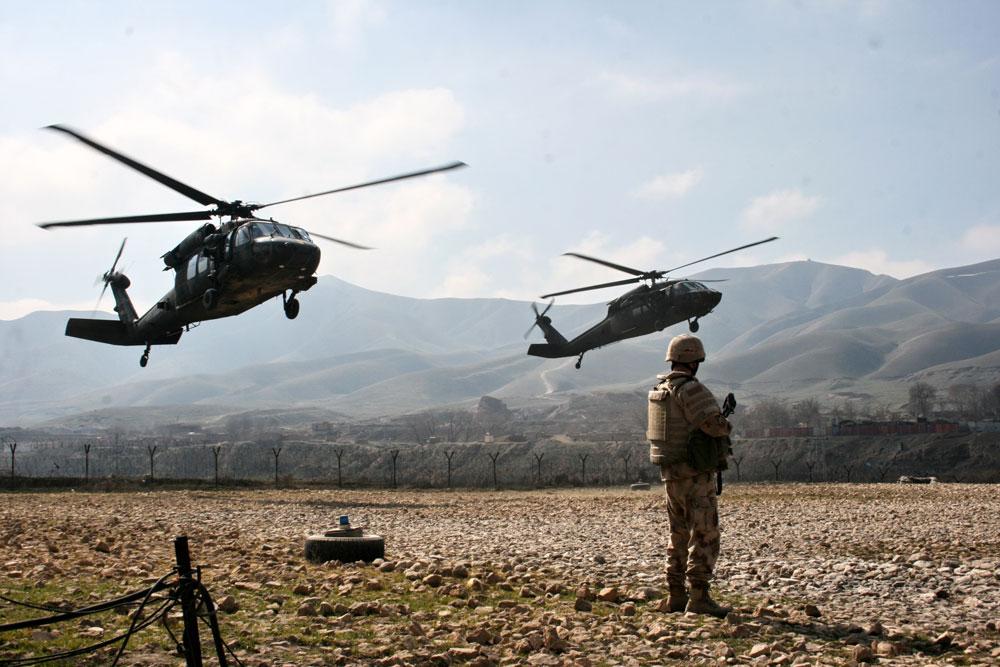 The massacre of sixteen civilians, including children, by a 38-year old US sergeant, reportedly taking part in a “village stabilisation” operation in Kandahar, Afghanistan, exposes the real nature of this so-called “good war”. As with other imperialist wars, this is a blatant aggression for profit and plunder on the part of the imperialist elites.

Last Sunday’s [March 11] brutality was inflicted by a soldier who was involved in the key part of the US counter-insurgency strategy that is supposed to seek the winning over of the village elders and organise the local police force. This massacre in Kandahar’s Panjwai district is not a one-off tragedy as the US officials proclaim but Afghans know something like it has been happening ever since the invasion and will happen again.

However, this barbarity also exposes the mindset of the military personnel involved in imperialist wars and the frustrations and the sinister insanity that develops during these operations. The Financial Times wrote last week: “Western forces in Afghanistan were facing a crisis of confidence and Karzai’s desire of a strategic partnership agreement with the US is becoming more and more unacceptable to the Afghan people.”

The [earlier] dissemination on the internet of a video showing four American soldiers urinating on the corpses of dead Afghans had stoked popular outrage against US and NATO troops. It reminds one of the atrocities committed by American forces in Vietnam, Korea, Latin America and Iraq.

Hilary Clinton’s statement on Monday [12th] at the UN reeks of sheer hypocrisy and deceit when she said, “Our steadfast dedication to protecting the Afghan people remains unchanged.” The Afghan masses and the people in the tribal regions facing drone attacks with more than 2,300 killed know better about this kind of imperialist “protection”.

The reality is that US imperialism is losing its longest war in history in the rugged terrain of Afghanistan. Even the republican hawk Newt Gingrich admitted that this war in Afghanistan was “not doable” and “counterproductive”.

One of the staunchest defenders of capitalism and imperialist policies, The Economist, published a pessimistic article about the situation in Afghanistan recently before this massacre took place. It said: “Trust on both sides is at its lowest ebb many can remember. A worrying number of Afghans no longer give the West the benefit of doubt. There is disillusionment too among Western military advisers and soldiers, who increasingly fear being assassinated by the very people they have travelled across the world to help... Yet without trust, the carefully choreographed plans for partnership and transition will unravel. Rebuilding it needs time and patience. Many in Kabul fear there may not be much of either left.” 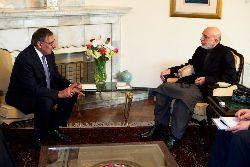 Afghanistan President, Hamid Karzai, and US Secretary of Defense, Leon E. Panetta, meeting on 15 March. Photo: Secretary of DefenseIt is the US imperialists that had originally set up the Islamic fundamentalists to counter the left-wing forces in Afghanistan. The CIA instigated the dollar jihad to overthrow the leftist government of Noor Mohammad Tarakai that came to power after the Saur or spring revolution of April 27, 1978. Osama bin Laden was recruited in that insurgency during that period by the US national security secretary Zbigniew Kazimierz Brzezinski. The ISI and the Saudi intelligence agencies were also collaborators in this counter-revolution. Hence, the war in Afghanistan is not a decade old but has been devastating this tragic land for more than four decades.

The imperialist strategists also introduced the drug trade and other criminal methods to finance this jihad. The imperialists abandoned Afghanistan after the collapse of the Soviet Union in 1991, which ended the cold war. This started a bitter conflict between the different factions of the reactionary fundamentalist outfits. Kabul, once known as the Paris of the Orient was destroyed and turned into ruins. This ultimately led to the invasion of Kabul by the Taliban organised by the ISI and covertly supported by the CIA. The former secretary of state of the US Robert Oakley actually gave 30 million dollars to Mullah Omar to finance the taking over of power in Kabul.

This was mainly to further the economic interests of imperialist monopolies, namely the Texan oil conglomerate UNOCAL that was planning to lay a pipeline from Central Asia through Afghanistan. But the Taliban, in their greed, were secretly negotiating with the Argentinean oil corporation BRIDAS for an even greater booty. The exposure of this deal was the main and real cause of the conflict between the Taliban and the American imperialists. That also was the real cause of the direct imperialist aggression in 2001. There are no ideological or economic policy differences between the Islamic fundamentalists and imperialism. They are the two sides of the same coin.

All this yelling of clichés about human rights, democracy, women’s liberation and freedom are mere hypocritical gestures to confuse and deceive the masses. It is being exposed more and more now that the conditions of the masses and women’s rights have not improved at all. In the last month, the religious council of Afghanistan under imperialist occupation has issued decrees banning women from working along with men, going into markets on their own and co-education. The CIA has been in collaboration with several Taliban factions and is negotiating with many others. But those factions, the leaders of which enter talks and agreements, face immediate splits by the more extreme elements. Hence the violence accentuates even more.

This war has gone terribly wrong for the imperialists. There has been a rise in the infiltration of the Taliban into the Afghan army and killing of western military contractors and soldiers by them. The pressure for troop withdrawals in the US and European countries, with their soldiers in Afghanistan, is mounting. More than 65 percent of Americans want an immediate withdrawal. Sarkozy has already announced the withdrawal of French troops in 2013. Other European powers are following suit. The dilemma the imperialists face is that if they withdraw, they lose their interests and if they stay they face a humiliating defeat.

The Chinese, Russians, Indians and other regional powers with imperialist designs are hovering like vultures to plunder the mineral and other resources of Afghanistan. The Pakistani state has its own policy of so-called strategic depth with its own imperialist ambitions. The Durand Line that divides the porous Afghanistan-Pakistan border was drawn by the British raj in pursuit of their policy of divide and rule. This division has become redundant now.

The situation in Afghanistan may not necessarily worsen after the NATO withdrawal. Apart from all the pessimistic perspectives being put forward by the dominant analysts, the possibility of a revolutionary perspective in Afghanistan is also there. After all Afghanistan had a revolution that overthrew the system in 1978. But there cannot be two separate revolutions in Pakistan and Afghanistan.

The writer is the editor of Asian Marist Review and International Secretary of Pakistan Trade Union Defence Campaign. He can be reached at ptudc@hotmail.com

[This article was originally published in the Pakistani Daily Times]