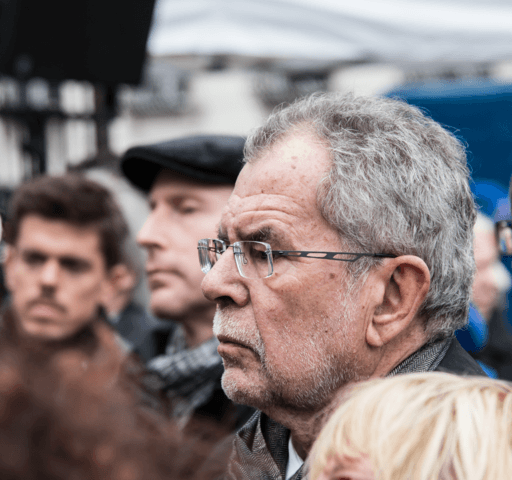 By the tiny margin of 30,853 votes, the Green candidate, Alexander Van der Bellen, won the race for Presidency of the Republic of Austria. But now, the right-wing FPÖ (Freedom Party of Austria) candidate, Norbert Hofer, has claimed serious sloppiness in the election process and has asked the constitutional court to revise the electoral process. In order to fix the crisis in Social-Democracy and the government, government and Party leadership changed their personnel. A new political crisis is being prepared.

With a voter turnout of 72.7% (4.64 million voters), Van der Bellen won a narrow victory against Hofer in the runoff vote on May 22nd. This was a relief for the political and economic elite, but also for people who had turned out to vote in order to block a right-wing drift. In fact, this vote saved the game for political stability. Van der Bellen was able to mobilise 208,000 non-voters from the first round of election—clearly, people who only went to the polls to express their opposition to the right wing. All other indicators from polling research show that the vote for Van der Bellen is characterised by low sympathy and hope. This is how one would judge this candidate, one who was entrusted with the public support of the whole political and economic status quo—including the main Austrian Bank and its former conservative politicians, figures whom people would rather see in jail for the bank bailouts than making political statements at cocktail parties. Basically, Van der Bellen won on the basis of the support of the well off, along with a decisive minority that came out for him as standing against a reactionary turn.

On the other hand, polling research showed that Hofer’s voters had placed much more sympathy and hope for change on “their” candidate. Hofer stood on his own, refusing any public support other than that of his party. 68% of his voters said that they voted for him “because he has an ear for our problems.” The FPÖ is a reactionary bourgeois party to the core, but in order to gain political representation and make itself a political option for capital, it needs to play the populist card. In contrast to the labour leaders, the FPÖ is giving collective explanations for problems in society—albeit wrong ones, and harmful to the cause of the working class. Whereas labour leaders for years now have tabbed “individual miseducation” as the reason for unemployment, the FPÖ blames migration and foreign institutions, and manners in general. This gets a response if there is no collective resistance organised against the permanent arrogations of the system.

So, we have a numerically split vote, which is also split socially. In regions with a booming export industry like Vorarlberg, Van der Bellen won. Also, people with college degrees overwhelmingly (73%) voted for Van der Bellen. On the other hand, apprentices and blue collar workers who went to the polls overwhelmingly voted for Hofer (67% and 86 %).

So we can see a very polarised situation, but this is only expressed through support of different bourgeois trends. Two elements, however, that will be important for future events nevertheless stand out: On one hand, there is a huge layer of society that has given up hope that established politics can save their living conditions from further deterioration. And secondly, there is a mass of people that mobilises itself against a reactionary shift in society and politics.

Many of Hofer’s supporters were intensely angered that “their” candidate lost the election so closely. Immediately, charges of ballot-rigging emerged. In order to show himself a loyal bourgeois politician, Hofer came out publicly before the official final results were presented, congratulated his opponent, and distanced himself from conspiracy theories roaming in social media. But last week the FPÖ went to the high court with a 150-page-long documentation of sloppiness and illegal procedures in counting the postal vote. Even if Hofer supports this move, he does not like it, as it might threaten his position of being the more reasonable candidate for a leading government position after the next election, in contrast to standing party leader HC Strache, who is known for his brutal rhetoric.

In this segment of 760,000 ballots, Van der Bellen had a lead, and it seems evident that in some electoral offices of the country the counting of these votes was not done in a legal way—in some cases, in such a way that manipulation would technically seem possible. The evidence shown up till now infuriates even liberal law experts, and now it is up to the high court to decide how to proceed. Some experts believe that the swearing-in of Van der Bellen on July 8th is at stake because of the mass of evidence that needs to be investigated now. We will see how this case develops. Up till now, all the representatives of the system have tried to calm down this affair, and the FPÖ has to be careful not to take this to the extreme, because in the end, the FPÖ is expressing the interests of a minority faction of capital, one that wants to get incorporated into state affairs.  The good old Austrian way would be to somehow resolve this issue behind closed doors.

Meanwhile, between the first and second rounds of the Presidential elections, Prime Minister Werner Faymann stepped down unexpectedly. This opened a week of uncertainty that was ended by establishing a new party leader and new cabinet ministers. It is clear that in this moment a candidate put forward by the left would have galvanised the situation, in the sense that it would have formed the scattered left into a fraction. This, however, was not the will of these people. So, after some days of uncertainty, the manager of the Federal railways, Christian Kern, was established as new party leader. He picked four new ministers, all in themselves a signal to the different wings of the party, from the right to left. Formally, Kern was taken in at a party leadership meeting, where once more, no debate was allowed before the vote. Only one member of the leadership, the regional leader of YS Upper Austria, Fiona Kaiser, voted against this solution.

For the parched party activists, Kerns’s early performance is seen as very positive. He makes speeches full of hints and rhetorical tricks, even mentioning Corbyn and Sanders, while at the same time distancing himself from their political content. Kern stands for a “New Start” for the government. He is giving hints to all sides of the party and all classes: Innovation, private-public partnership, education reform,  standing against the most reactionary rhetoric of the conservative party, taking up the issue of work-time reduction and a value added tax on machines instead of taxing labour.

The first polls show that the SPÖ is rebounding from less than 20% public support to a still meager more than 20 percent. The conservatives are behind, and the leadership of the FPÖ in the polls is uncontested, standing above 30%, and probably will be till the next elections, whenever they are held.

The conservative coalition partner is in worse situation now. Their leader is burnt out, as Faymann was before, and is hanging in the ropes. He survives, as no one dares to give him the coup de grâce; or rather, his party fractions are waiting for the right moment to do so. Clearly the strategy of the conservatives is to put Foreign Affairs Minister Sebastian Kurz in the party leadership position, but only right before new elections. But it is not clear when these elections will be, and if the conservatives change their leadership prematurely, they are afraid that they will miss the “New-factor” which is necessary, in their eyes, in order not to fall too far in the elections.

So they accept for the moment the “New Start” and put demands on the Social Democrats. The main issue for autumn will be work-time flexibilisation, which means the reintroduction of the 12-hour day and 60-hour week possibility. This is the second time that this is being debated at the government level, and we will see if it is possible now to make this counterreform with the support of Social Democracy. The conservatives clearly say that in times of economic crisis the partnership of the classes makes only sense if it is about strengthening capital. “The times of redistribution are over,” as the conservative leader has put it. The trade union leaders offer no alternative program to this paradigm. Last time all they demanded was a six-week holiday for elderly workers as compensation. We will see what price they put for selling off the most precious conquests of the movement this time, and whether the conservatives are prepared to accept this new sell-off.

At the same time, the refugees are an everlasting debate, as racism is a thing that comes at a low cost and gives popular support for a short time. Foreign Affairs Minister Kurz want migrants to be isolated on Greek and Italian islands, in order that they set no foot on the soil of continental Europe. Meanwhile, Interior Minister Swoboda is planning to close Austrian borders in September, as he sees the limit of 37,500 refugees for 2016 approaching.

So the situation of cold war in government will soon lead to the same situation as before. Following the logic of staying in government, the SPÖ will drop its 30-year dogma of not forming a government with the right-wing FPÖ at the next party congress this autumn.

Potential new factors in the equation are attempts to unite the left, outside and inside the Social Democracy, expressed in “Aufbruch” and “Kompass.” The first is clearly designed to form a broad-left election alternative, and the second is a broad-left network within the Social Democracy. The vacuum in the class struggle is a factor that puts a question mark on both initiatives, and this is aggravated by subjective shortcomings of the respective leaderships. In Kompass there is a majority trend trying to reform the party, which is an impossible thing to do, as Social Democracy is dominated by capitalist interests at its top and in its apparatus. It cannot be reformed, but can only be broken, and to be more specific in the given situation of enforced class peace, only a minority of the party can be won to the position of class struggle.  “Aufbruch,” on the other hand, is very weak when it comes to dealing with political conflicts and perspectives. To form a movement that unites individualistic trends with class politics, NGOs, etc., under the umbrella slogan “We can not afford the rich,” will turn out to be difficult in practice.

The Marxists of Der Funke will support any practical step forward for the working class. At the same time, we insist on the perspective of social conflict, expressed in youth and working class militancy. This is the substance and driving force of political and social change.  In the election process we distributed 15,000 flyers, specifically aimed at the youth. We argued against Hofer and the government at the same time, and explained that only openly fought class conflict will bring about a positive change into the stalemate situation of politics in Austria.