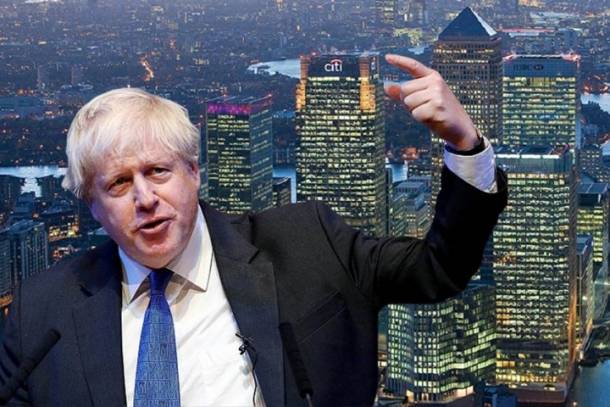 As the temperature rises in this general election, the battle lines have become ever clearer. On one side is the mass Corbyn movement of workers and youth. And on the other, the rich and powerful have assembled firmly behind their party, the Conservatives.

Boris Johnson is considered an unreliable maverick by the ruling class. And Tory rule has been defined by embarrassment, scandal, disaster and instability. But the capitalist establishment of this country know which side their bread is buttered on.

The bosses, bankers, and wealthy elite have closed ranks in their efforts to block a Labour government. They are terrified of the threat that Corbyn – and, most significantly, the movement behind him – poses to their profits.

The message endlessly hammered home by the capitalist press is that Corbyn has no chance of winning. But it seems that big business does not believe its own propaganda – or, at the very least, they are not willing to take the risk.

As such, they have invested heavily in the Tories’ election campaign. The Tories have been handed £5.7 million in large donations (that is, those of over £7,500). This is 26 times the amount received by Labour, whose average donation size is just £26.

A host of super-rich elites, business people, and property developers appear on the Conservatives’ donor list. The largest donation this election has been from theatre producer John Gore, who personally gifted £1 million. And several large cash donations have been received from Lubov Chernukhin, whose husband Vladimir was formerly a minister for Putin. In exchange, Chernukhin has received personal audiences with Tory figures like Gavin Williamson, the former defence secretary.

When it comes to funding Labour’s campaign, on the other hand, as Jeremy Corbyn joked at a recent Manchester rally: "I was going to call all my billionaire friends until I realised I didn’t have any!"

A tale of two manifestos

The fear and loathing of the ruling class towards Labour was seen clearly upon the release of the respective party manifestos. The Conservative Party, as expected, excreted an uninspiring, vague document, full of rehashed announcements and misleading numbers. The Tory manifesto demonstrated a complete lack of ideas, and was notably devoid of references to any achievements whilst in power. 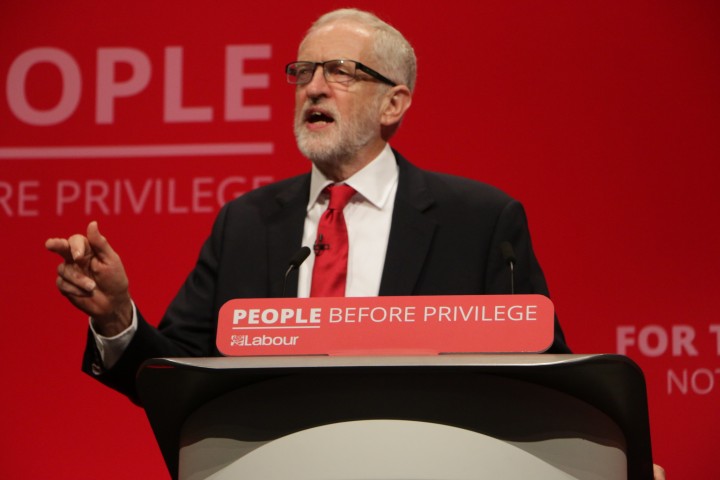 More hotly anticipated, however, was the Labour manifesto. Activists hoped for an era-defining document that would build on the commitments of the 2017 election, as well as bringing in a whole raft of radical policies that have been raised in the movement over the last two years.

On the other hand, big business braced themselves for news of how much their profits could be hit by an incoming Corbyn government. Both sides got just about what they were expecting.

The response to Labour’s manifesto has been one of unmitigated horror from the mouthpieces of the capitalist class, who are now faced with the prospect of significant nationalisations and tax increases. They have come together to denounce the party’s proposals as mad, bad and dangerous. And the billionaire press has loudly broadcast their cacophony of fear-mongering and thinly-veiled threats.

The Financial Times – the normally sober-minded voice of British capitalism – spat blood, calling Labour’s proposals a “recipe for terminal economic decline” and a “blueprint for socialism in one country”.

This red-baiting comparison between Corbyn’s Labour and Stalinist Russia was more hysterically echoed by Boris Johnson himself, who said in the Telegraph that Jeremy Corbyn’s “hatred” of billionaires showed a “relish and vindictiveness not seen since Stalin persecuted the kulaks”.

The bosses and their representatives have also lined up to attack Labour’s economic programme. The Confederation of British Industry stated that:

“Labour’s default instinct for state control will drag our economy down, rather than lift people up. Policies ranging from major renationalisation and a four-day week to the ill-conceived plan to remove 10% of shares from public companies will hurt employers, employees, savings and pensions. It’s the most vulnerable in society who will pay the price for this economic experiment.”

Elsewhere, a major investor quoted in the Telegraph, whose firm backs BT and various utilities that Labour plan to nationalise, called the plan “a blatant breach of human rights”.

Unsurprisingly, Water UK, the lobby group representing Britain’s private water companies, have condemned the plan to nationalise the water industry. As their Chief Executive said: “You can’t take over a major industry for free – one way or another, taxpayers and pensioners will have to fund the eye-watering, multibillion-pound cost.”

Behind these so-called ‘wealth creators’ ostensible concern for the prosperity of the nation and its people lies a class instinct for the protection of their own naked financial interests.

What is really being signalled with such statements is that big business is ready to use all-and-every method available to go on the offensive against a radical Labour government. From day one, the capitalists will embark on a programme of sabotage to bring down a Corbyn government. 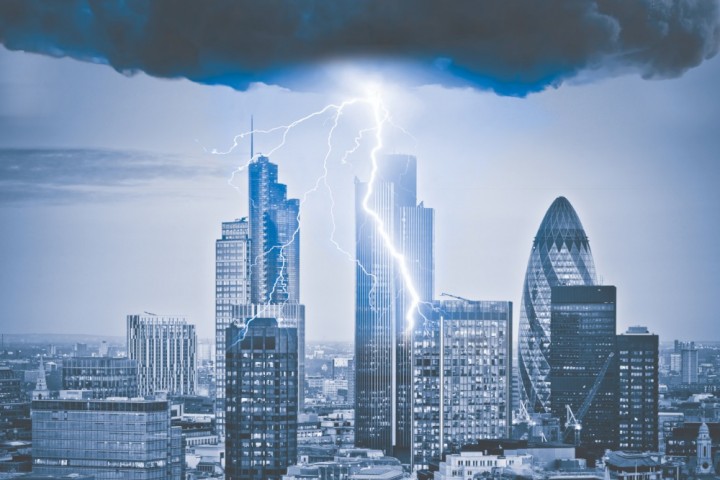 Big business is doing everything it can to stop Corbyn, and will attempt to block his programme if he is elected / Image: Socialist Appeal

Threats abound of investment strikes, a withdrawal of capital, and runs on the pound. As a top executive quoted in the Financial Times noted: the “extreme Labour leadership” has sent “a cloud of fear over investment in the UK”. Another “UK-based global asset manager” remarked that:

“There are some pretty radical policies in there that would scare investors. As an investor, I would be very nervous [of a Labour government]. Foreign investors would be concerned about whether Britain would be a good place to do business”.

Lawyers have warned that private investors in nationalised public services are willing to hold the government hostage, extracting a high price for the loss of their assets. If they were to lose out on the full value of their shares, former owners would "create a wave of unprecedented litigation", a partner at law firm Clifford Chance said. Andy Moody, at Baker McKenzie, continued:

“There is any number of shareholders in OpenReach who would no doubt challenge the imposition of a purchase of their shares. If they are domestic, the obvious route for them to take is to seek a judicial review of the decision the government has taken, potentially challenging the level of compensation they are receiving. For any international investor they can link into a bilateral or multilateral investment treaty to say, ‘we are an investor in the UK, you have breached the treaty and the state has to compensate us’.”

A Labour government would have to pay “top dollar across the board so investors can see they have made a greater return through the government than through years of being a shareholder, which is highly unlikely,” Moody continued. The aim would be to tie up the process in years of court proceedings – of course, making a bomb for lawyers in the process.

All of this highlights that Labour will need to respond with bold, socialist measures to confront the threats and sabotage of the bosses and bankers. Half-measures would be a Labour government’s downfall. 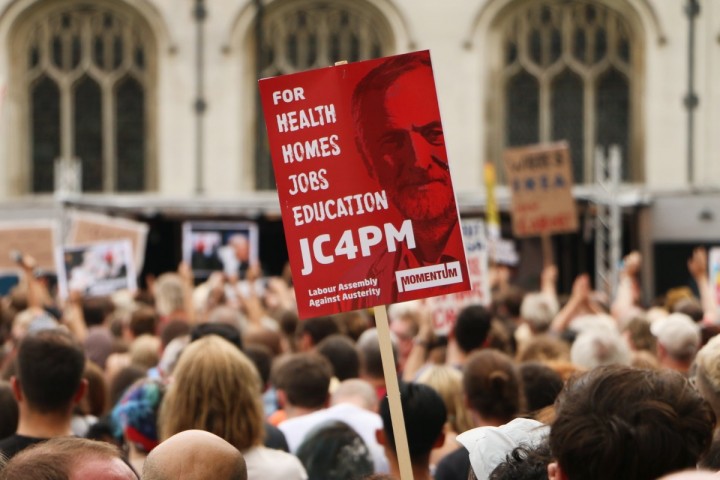 Rather than the piecemeal nationalisation, Labour should expropriate the assets of major monopolies without compensation / Image: Socialist Appeal

There can be no appeals to big business. Soothing words will do nothing to reassure the City of London. Instead, a Corbyn government would need to strike firmly and decisively against the power of capital and the markets. This must include breaking from the constraints of the capitalist legal system, which ultimately exists to defend the private property and profits of fatcat bosses and the parasitic elite.

Rather than the piecemeal nationalisation of a few public services, Labour should expropriate the assets of the major monopolies without compensation. All the key levers of the economy – the ‘commanding heights’, including the banks, financial houses, and property of the large landlords – should be taken into public ownership, under workers’ control, as part of a democratic socialist economic plan.

This could be set in motion by the passing of an Enabling Act by the Labour government, implemented in response to the sabotage of big business.

But the matter will ultimately be decided not legally in parliament or the courts, but through the mass mobilisation and organisation of the working class to defend the gains, wealth, and collectivised resources that are rightly ours.