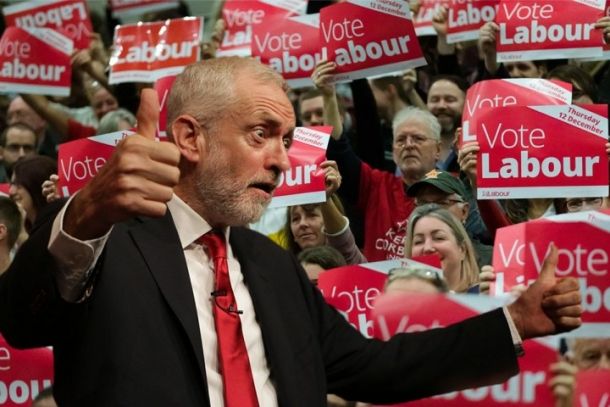 We are just over halfway into the general election. The next few weeks will be crucial. Everything is being done by the establishment to pour cold water on Labour’s campaign. They have the full support of the Tory media in this aim. And, as Johnson had hoped, Brexit is still being used to blur the class issues.

Faced with this, Labour must double down. Corbyn can cut across this Brexit fog and win this election – but only by attacking the bankruptcy of the whole capitalist system. Labour cannot appear to be defensive by pandering to big business and appearing ‘respectable’. The only way it can inspire millions is to go on the offensive with a bold socialist programme.

Not long ago, more than half of those surveyed wanted to nationalise the banks. Labour should go further and promise to take over the banks and the commanding heights of the economy. The idea of patching up or ‘reforming’ capitalism has no attraction for workers, the poor, and the youth who are struggling to make ends meet.

Unfortunately, there appear to be defeatists at the top of the Labour Party. “Corbyn’s best hope is a minority government, say backers,” announced one headline in the Financial Times. The article began:

“Labour leader Jeremy Corbyn’s best hope of becoming prime minister is to lead a minority government involving smaller opposition parties, according to members of his inner circle… there was little chance of his party emerging with a House of Commons majority after the general election on December 12.” (FT, 19/11/19) 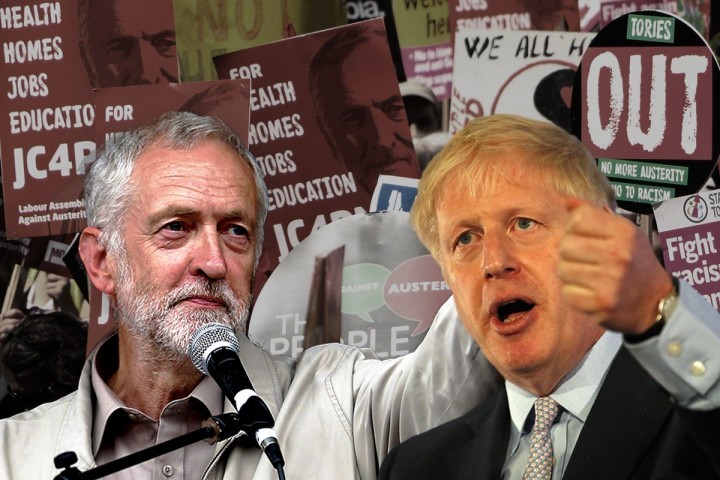 Such ‘insiders’ are mesmerised by opinion polls. Labour is currently trailing in the polls. But we live in very volatile times. Harold Wilson famously said “a week is a long time in politics”. This is truer now than ever before.

Labour was supposed to be trounced in the 2017 general election. All the opinion polls (except one) dramatically underestimated Labour’s support, even up until election day itself. Some were giving Labour only around 34 percent support. In the end they won 41 percent, achieving the party’s biggest rise since 1945. Corbyn’s Blairite critics, such as Stephen Kinnock, were aghast at the result.

Opinion polls can be very fickle, especially in this period of instability. At best, they are a very rough momentary snapshot of ‘public opinion’. And they can be manipulated to understate Labour’s performance, as in 2017.

At this point, Conservative support is apparently holding, with Johnson receiving a boost from the decision of the Brexit Party to withdraw their candidates from seats currently held by the Tories. However, support for Labour has increased significantly, at the expense of the Lib Dems. This reflects a growing political polarisation in society. 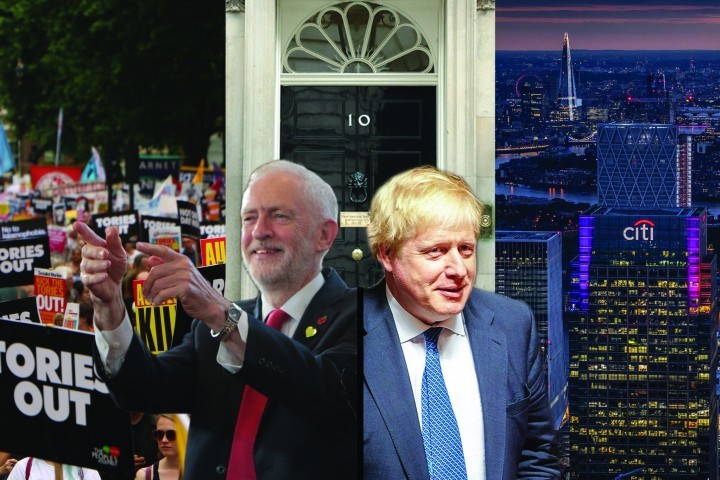 We have had the first debate between the leaders of the two parties, regarded as a ‘draw’ in the mainstream media. Corbyn did land some punches – such as on the NHS – but could have delivered a lot more.

The Labour leader could have called out Johnson as a racist, for describing Muslim women as bank robbers and letterboxes; or highlighted how the PM is engaged in shady deals with American businesswomen. The main thing, however, is to attack him and the Tories as representatives of the billionaires.

One questioner used the slur of antisemitism to put Corbyn on the back foot. This has been scandalously blown up out of all proportion by the Blairites to discredit Corbyn, with the full backing of the capitalist media and the right-wing Jewish Labour Movement. Of course, there was not a word about the endemic Islamophobia within the Tory Party!

Despite all this, according to a YouGov poll immediately after the leaders’ debate, Corbyn won a clear majority among undecided voters, with a lead of 59-41 over Boris Johnson. Some 20 percent of the electorate have yet to make their mind up. These are the very people that could decide the outcome of the election.

Yesterday Labour launched its most left-wing manifesto for generations. The radical policies contained within – including the construction of 100,000 council homes per year; the abolition of tuition fees; and the creation of one million green jobs – should provide an even greater impetus to Labour’s campaign. 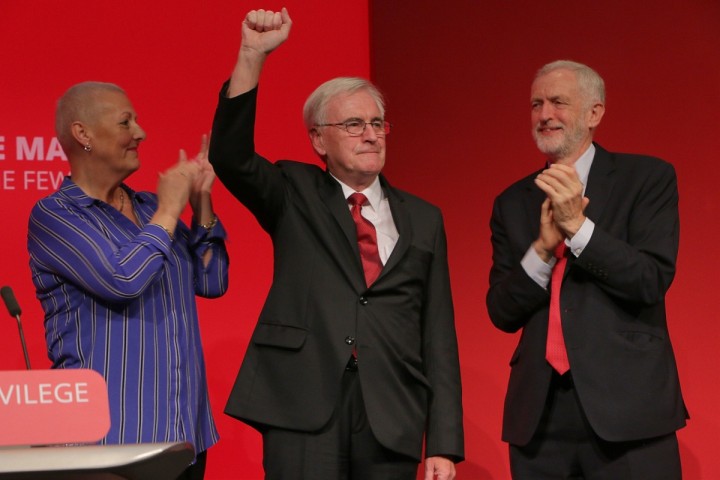 Labour must fund its manifesto by taking over the banks and planning the economy along socialist lines / Image: Socialist Appeal

Of course, the Johnson-Farage-Trump billionaire alliance will do their damnedest to keep Corbyn out of office. They will lie through their teeth, disparaging Labour’s reforms as utopian. On the contrary, it is Johnson’s promises (such as the construction of 40 extra hospitals) that have been shown to be a complete sham.

In this epoch of capitalist crisis, a Johnson Tory government will offer nothing but more cuts and austerity, increasing the race to the bottom amongst workers. As a government of the rich, by the rich, for the rich, another five years of Tory rule will be a nightmare for those already struggling to get by.

As for Labour, the bold reforms being offered would provide a massive boost for working people. However, the constant question is: how can this be financed?

Labour has promised to make the rich pay more and will increase government borrowing. But with the deepening crisis of capitalism and a new world slump, income from taxation will drop significantly.

The only way around this problem is to take over the banks and giant corporations and plan the economy along socialist lines. On that basis, we would see a massive growth of the economy and the resources needed to pay for these reforms – and much more. 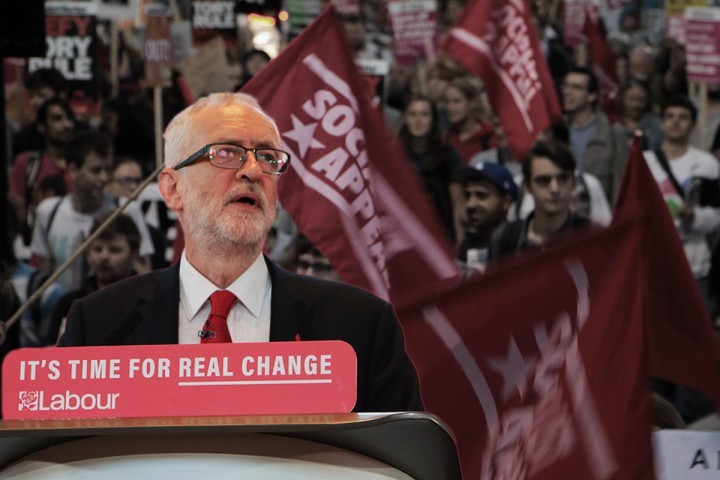 The next few weeks will be decisive in building and mobilising Labour’s support. All out for a Corbyn victory! Labour to power on a socialist programme! / Image: Socialist Appeal

As Marxists, we believe that we must learn from history. The history of Labour governments shows that it is not possible to provide reforms in an epoch of capitalist crisis. Rather, today under capitalism we are living through a period of counter-reform and austerity.

Labour must turn its back on this. The only way forward for working people is the socialist transformation of society.

The next few weeks will be decisive in building and mobilising Labour’s support. Thousands have been involved in canvassing on the streets and on the estates. Key marginals have been flooded with volunteers. We must redouble our efforts.

All out for a Corbyn victory! Labour to power on a socialist programme!