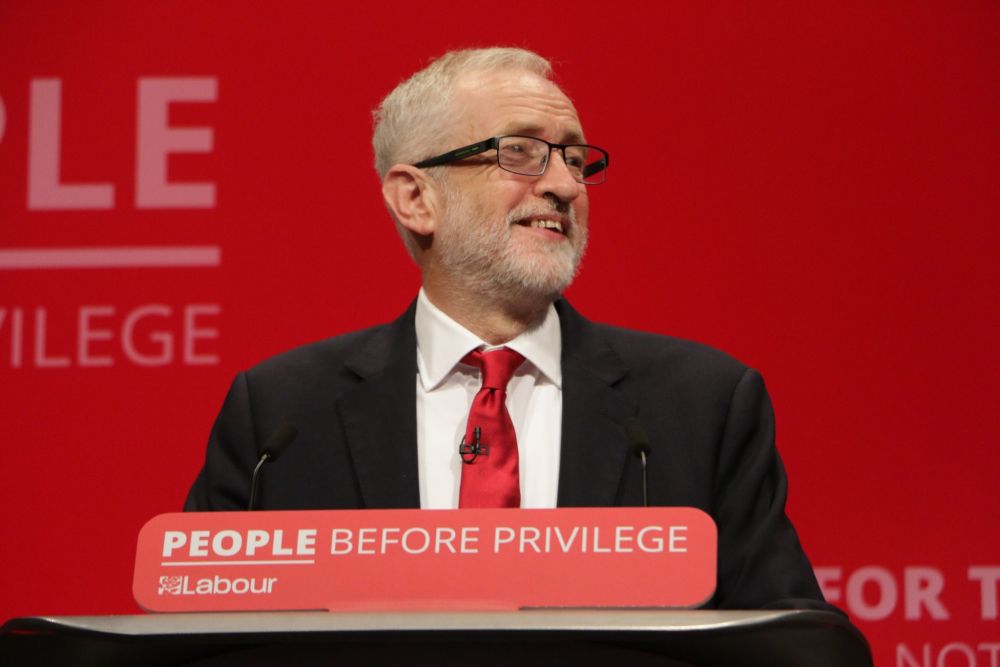 What a week! The last five days of this year’s Labour conference have certainly been a roller-coaster ride. But despite the best attempts of the Tory press to sour the mood, the feeling amongst those leaving Brighton today will no doubt be one of optimism and confidence in our movement.

With the government in crisis, the Blairites in retreat, and a bolstered arsenal of radical policies at our disposal, grassroots members are primed to take the fight to Boris and the Tories. The message coming out of conference was clear: bring it on! We’re ready for an election!

They say a week is a long time in politics. But events at the moment are changing by the day – or even by the hour.

At the beginning of the week, as delegates arrived on Saturday morning, the news was filled with talk of splits, plots, and manoeuvres, as Machiavellian deputy leader, Tom Watson, saw off a failed attempt to oust him by Momentum founder Jon Lansman.

This little episode proved to be just the excuse needed by the millionaire media to distract from the debate taking place inside the conference hall.

Watson, meanwhile, was rubbing his hands with glee, boasting that this “drive-by shooting” had “backfired spectacularly”, hypocritically accusing the left of being more interested in internal attacks than beating the Tories.

In the end, however, these cynical attempts by the Blairites and their pals in the press to divert attention away from the actual conference proved to be no match for the deafening roar emanating from inside the Brighton Centre.

After a slow start, spirits began to stir with the debate around restoring Clause 4 on Saturday afternoon. Inspiring and passionate speeches from the movers of the rule change motions to bring back the original socialist clause certainly got the blood pumping.

This was vividly demonstrated by the standing ovations that these contributions received – and was later confirmed by the 62 percent vote from CLP delegates in support of Clause 4.

This magnificent result set the tone for the rest of the week: from the headline speeches to the contributions from the floor. Day-by-day, the militancy of delegates’ speeches grew, as did the radicalism of the pledges coming from the platform. 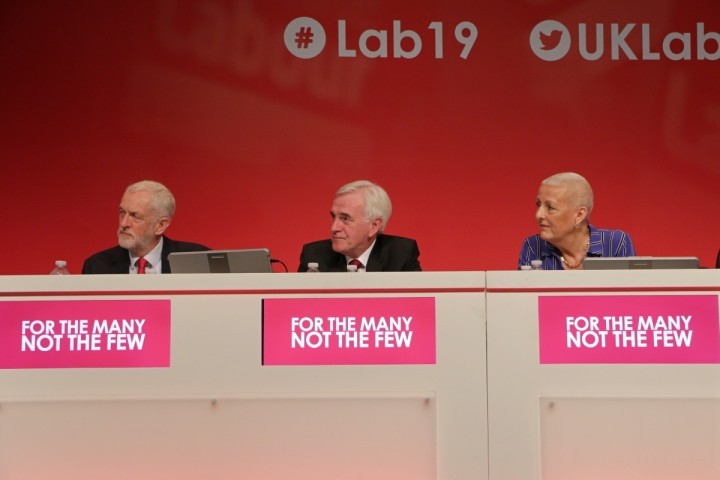 There was a militant mood at the LP conference, with many radical policies voted through / Image: Socialist Appeal

And this is before even mentioning the left-wing policies passed, with conference voting (amongst many other things) to: bring in a 32-hour working week; abolish private schools; establish a National Care Service; and implement a ‘Green New Deal’, involving wide-ranging public ownership and a target of net-zero carbon emissions by 2030.

John McDonnell, in particular, led the way with a strong speech on Tuesday, as he outlined Labour’s economic programme, including a number of important reforms. These included a promise that a Labour government would extend and ensure the provision of “universal basic services” – a massive expansion of public ownership.

Many fiery speeches pointed the finger directly at capitalism, putting forward demands for nationalisation and socialist policies in response. For example, FBU general secretary Matt Wrack, in moving the composite for a Green New Deal, stated that: “Capitalism is killing the planet… we must put public ownership at the heart of this issue.”

This use of bold rhetoric and class language from delegates was especially notable. One after another, those speaking at the rostrum talked clearly about mobilising and organising workers, campaigning around class issues, and fighting for a socialist Labour government.

This is precisely the kind of militant approach that is needed to mobilise workers and youth come a general election campaign.

Above all, the conference was defined by the way in which grassroots members rallied behind Corbyn. 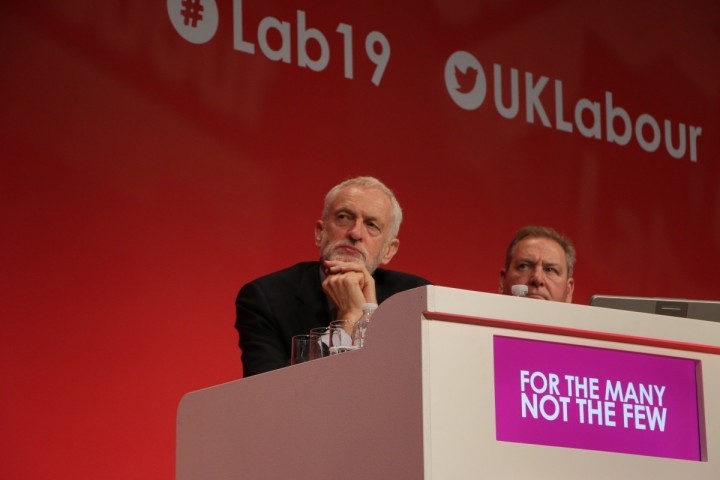 The Blairites, by contrast, were an invisible force. By the end of the week, they were nowhere to be seen. Indeed, faced with the prospect of addressing an almost empty audience on the final day of conference, Tom Watson chose to abandon his speech altogether and head back to London early.

This marked a humiliating finale to what was an ignominious conference for the Blairites, who ended up leaving Brighton with their tails between their legs.

Throughout the week, the Labour right wing did their best to divide the membership – particularly over the question of Brexit.

Remainer campaigners flooded the streets outside the venue with EU flags. A noisy ‘People’s Vote’ protest attempted to pile on the pressure. And keynote speakers such as Emily Thornberry and Keir Starmer took the opportunity to call for the party to take an unambiguous Remain position.

But all of these efforts came to nought. Instead, conference demonstrated that Labour members are firmly behind Corbyn.

In the end, it was Corbyn’s class position that carried the day on the issue of Brexit, with the Labour leader correctly asserting that our party must neither be “that of the 52%, nor of the 48%, but of the 99%”. 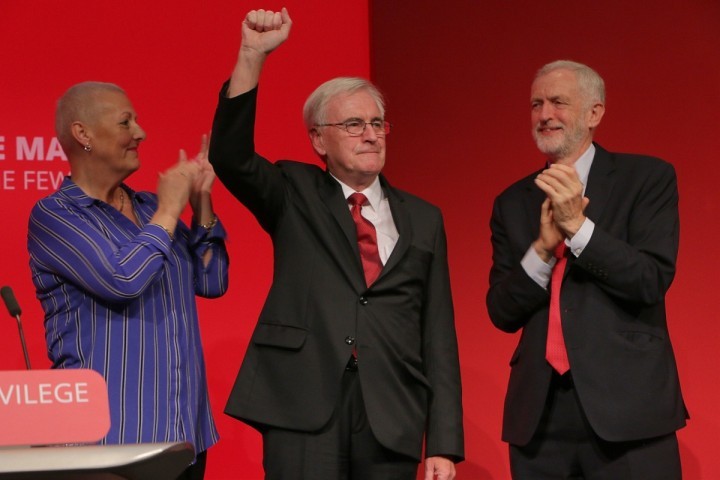 It is clear, therefore, that Labour will go into the next election fighting on class issues. This was also emphasised by Corbyn’s assertive leader’s speech, where he stated that a Labour government would “take on those who really run our country: the financial speculators, tax dodgers and big polluters”.

Added to this list we can now place the bosses of Big Pharma, who Corbyn announced would also be in the firing line of a future Labour government, with a new promise to establish a public provider of cheap generic drugs.

If implemented, this would save both money and lives, with the NHS – and vulnerable patients – no longer reliant on profiteering pharmaceutical monopolies for their supplies.

“We will take them on,” Corbyn proclaimed to rapturous applause, “so the real wealth creators, the people of this country, can have the jobs, services and futures they deserve.”

It was clear from his speech that the Labour leader has a newfound spring in his step. After weeks of frustrating parliamentary wrangling, this week’s conference allowed Corbyn to do what he does best: mobilise a mass movement around class-based policies.

Buoyed on by the morning’s Supreme Court announcement, which found that Boris Johnson had acted illegally in proroguing Parliament, Corbyn lifted the spirits of conference even further with his declaration that Johnson “is not fit to be Prime Minister”.

“This crisis can only be settled with a general election,” Corbyn told an excited audience. 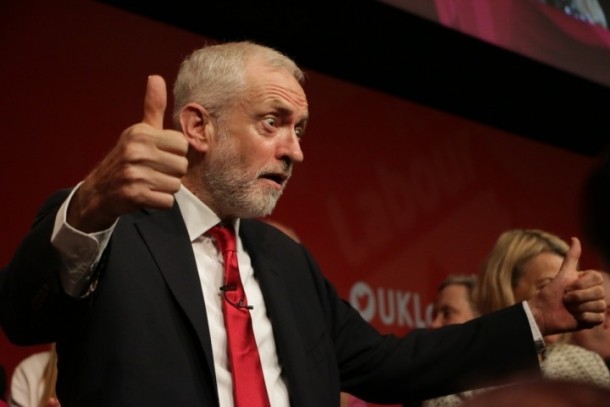 This conference was a pre-election rally: bring it on! / Image: Socialist Appeal

This was greeted with tremendous enthusiasm by the crowd. Roused by the programme of radical demands agreed at conference, rank-and-file activists are desperate to get out onto the streets and campaign for a Labour victory.

And with the Tories split and Johnson cornered, it is evident that this opportunity will come sooner rather than later. A general election is imminent.

This year’s Labour conference was precisely what was needed: a breath of fresh air from all the Westminster shenanigans of recent months; a reminder of where the strength of our movement lies; and an enthusing foretaste of things to come.

In effect, it was a mass pre-election rally – an opportunity to flex our muscles for the battle ahead. And we say: let the battle commence.