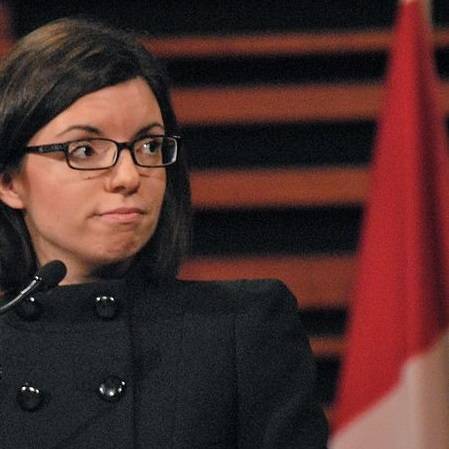 Almost a year and a half after the Federal NDP’s disappointing election result, the party leadership race has begun in earnest. Four candidates have declared so far: Niki Ashton, Charlie Angus, Guy Caron, and Peter Julian. What is notable is that at the March 12th leadership debate none of the candidates defended the Mulcair legacy of moving the party to the right, and all appeared to be turning towards the left to some degree or another. This represents an interesting dynamic and is reflective of broader class polarization and radicalization in society.

The Mulcair-led NDP wasted the party’s best opportunity to form government by waging a middle-of-the-road campaign based around balanced budgets. Niki Ashton said it well when she explained that the party was “out-lefted” by the Liberals, who won power on the basis of being perceived to represent ambitious change. Subsequently Mulcair was turfed by 52% of delegates at the April 2016 convention. But it has taken almost a year before anybody formally threw their hat into the ring.

The backdrop of the leadership race is formed by the mass movements on the left and right of the political spectrum. On the left the victory of Jeremy Corbyn in the British Labour Party, and the impressive run of Bernie Sanders in the US primaries, are points of reference. On the right the election of Donald Trump, and mini-me anti-immigrant Conservative candidates such as Kellie Leitch, frames the debate. There has been a general global tendency towards polarization and the collapse of the middle. This is in its early days in Canada, where the Federal Liberals are still popular, but Trudeau’s honeymoon appears to be over with him reneging on many of his supposedly “progressive” promises.

Who are the candidates? 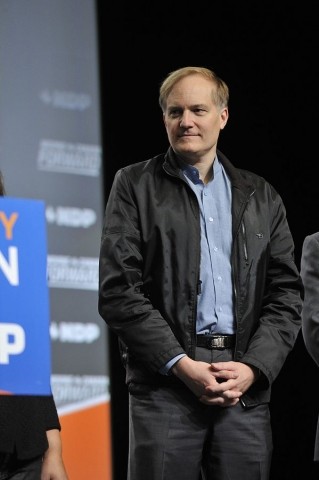 Peter Julian - Photo: BCND Peter Julian was the first to declare with a surprisingly left-wing pitch, given his background. His key points were environmentalist opposition to pipelines, which reflects opinion in his British Columbia base, and free tuition for university education. In the Ottawa leadership debate he said that "Sometimes it's not possible to reconcile the environment and natural resource extraction".

Guy Caron, a francophone MP elected in the 2011 Quebec “Orange Wave”, has made universal basic income (UBI) his main platform point. He has been unclear how exactly this will be implemented or paid for, beyond saying that it will raise everybody above the low income threshold. This figure is over $20,000 for an individual in a major city and would represent a major expenditure. The UBI isn’t necessarily a left-wing policy and has been supported by some conservatives and liberals. Many on the left have explained that on a capitalist basis the UBI is either utopian, or massively reactionary, as the money to fund it is typically raised by slashing all governmental programs (healthcare, education, childcare, etc.) Caron barely mentioned his plan during the March 12th debate, but he will have to clarify his stance heading into the October vote. 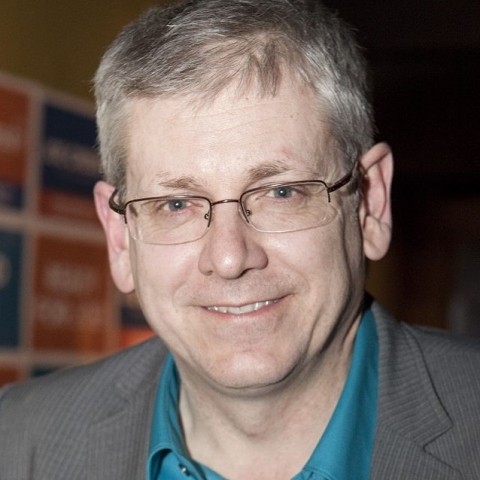 Charlie Angus - Photo: Joe CressyCharlie Angus is a northern Ontario MP who is leaning heavily on his folksy punk rock background. He has a left wing working class image, which he has referenced in his campaign, but he has deliberately not outlined any policies. We should not forget that Angus was one of the lead proponents of removing socialism and social ownership from the NDP constitution, standing at the mic at the 2013 convention; an action that paved the way for the 2015 defeat. Angus’ lack of policy has already been widely noticed.

Other leadership candidates are waiting in the wings. It appears that elements of the party bureaucracy are coalescing around Ontario MPP Jagmeet Singh. Singh has been labelled as “sexy” by his promoters, while garnering a feature in GQ magazine and an axe-throwing outing with comedian Rick Mercer. As far as policy is concerned, he has made some noises against anti-terror legislation that targets people of colour, but the general trend is style over substance. He is yet to declare, but this is probably just a tactic to gain more exposure. Socialist union leader Sid Ryan is also mulling a bid. Sid has a track record as a firebrand, but he has also made some mistakes in the past, and does not speak French. Inside or outside the race, his role appears to be that of pushing the other candidates to the left.

Can Niki Ashton unite the left?

Niki Ashton (see top image) has staked out a position as the most left-wing of the four declared candidates. While the language of all the candidates is significantly to the left of the old Mulcair leadership, Ashton has gone out of her way to make a break with the past. She makes a point of labelling herself “a proud democratic socialist” and quoted Beyonce saying, “To the Left, To the Left”. Unlike the other candidates she called out the failings of the 2015 campaign for being too cautious and moderate.

On the policy side she has proposed free tuition and debt forgiveness. She has opposed pipelines without the consent of affected indigenous communities, and opposed corporate trade deals that damage jobs. And most notably has come out in favour of public and social ownership under the slogan, “They privatize, we nationalize!” Details of exactly what is to be nationalized are scant and limited to her previous campaign to save the Port of Churchill, plus some support for the Ontario NDP’s plan for Hydro One. But it has been a long time since such language has been used by anybody in a prominent position in the NDP, and opens up opportunities for workers to push for additional nationalizations without facing the immediate blockage of the party leadership.

Ashton has deliberately associated herself with the Sanders legacy and called for the party to re-engage with social movements. It appears that she is gaining a good amount of traction in the first week since declaring, garnering positive media exposure and being seen as standing out on the left. Niki even received a backhanded compliment from the right-wing National Post who called her an “elite” for supporting nationalization and free education. If the right wing corporate media, who previously attacked Ashton for supporting Sanders, are frightened by her candidacy then she must be doing something right. Objectively speaking, Ashton’s platform is to the left of Bernie Sanders, but she could learn to use more of the strident language of the old American socialist.

It is wrong to say there is nothing to criticize about Ashton’s candidacy. She has critiqued neo-liberalism, the 1%, and the “system that favours the rich”, but it is not clear what her alternative is. It was noticeable in the debate how she came out strongly as a socialist and for nationalization in her opening remarks, but in the remainder of the discussion she failed to go on the offensive against the “billionaire class”, to use the words of Ashton’s inspirer. She needs to step away from her parliamentary comfort zone and her 2012 leadership run where she was too afraid to run clearly on the left. Ashton needs to highlight the injustices of a system where two billionaires are as rich as one-third of all Canadians, or that free education for all students could be funded out of Bay Street executive bonuses. Ashton needs to speak directly to working class Canadians and ignore the insiders and cliques on Parliament Hill.

What kind of “change”?

To really stand out in a field where all the candidates are facing “left” it is necessary to not just call for “progressive” change, but socialist change. It is not enough to just critique “the system”. That system has a name, and its name is capitalism. The corporate media will howl at such clear language, but let them howl. Such a backlash will serve to enthuse the workers, youth, and oppressed who hate the corporate establishment. Additionally, apart from US trade and immigration policy, all the candidates have been justly criticized for being light on foreign policy.

A number of the candidates are putting forward reforms that would be a step forward for the working class in Canada. Free education, job creation, environmental plans, housing, childcare, pharmacare, amongst others. We support all of these advancements, and it is encouraging that these issues are being genuinely debated within the NDP. But in the final analysis no reform is sustainable on the basis of a global capitalist system in crisis. The right wing will ask, “who pays?” And an answer must come forward. It is not enough to just go into debt like Greece or merely try and tax the rich to pay for reforms. On the basis of private ownership there will be a capital strike against any government trying to redistribute wealth.

To gain the resources to genuinely end poverty and inequality it is necessary to nationalize the commanding heights of the economy under democratic workers control. We need a socialist planned economy to run society on the basis of need and not greed. The corporate fat-cats do not deserve any more compensation or bailouts – they have been living off the backs of the workers for far too long. We will support any reforms that genuinely benefit workers, but at the same time we will advocate for a socialist system that can make those reforms sustainable.

People have until August to take out an NDP membership, which can be done for as little as $5 for youth and unemployed. Unlike previous competitions this NDP leadership debate looks like it may provide some interesting opportunities to discuss socialism with workers and youth. The race is long and there is much opportunity for the rank-and-file to put demands on the candidates and have them respond to the pressure. It remains to be seen whether this leadership campaign can spark a mass movement on the scale of Corbyn or Sanders, but Fightback will be actively participating in the discussion while advocating for socialism and revolution as the only solution to the crisis in society.