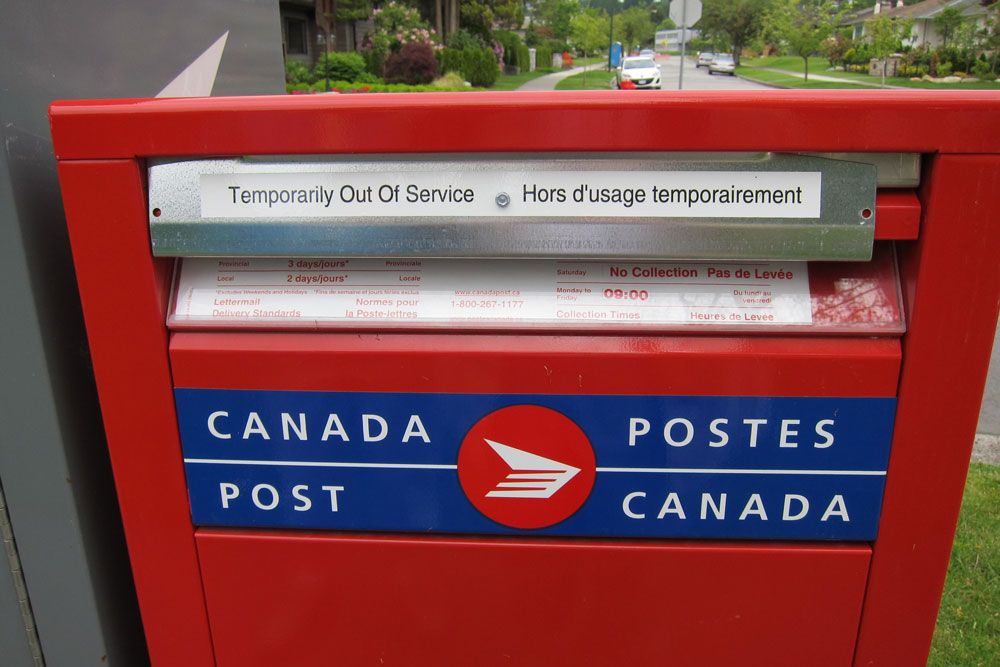 The austerity has begun, and workers are the main target. The new Conservative majority government is showing us that all democratic rights and freedoms will be trampled if corporate profits are threatened. Conservative Labour minister Lisa Raitt has stated that she is prepared to put an end to workers’ democratic right to negotiate a new contract and better working conditions by legislating Air Canada and Canada Post workers back to work.

Canada Post workers, unionized under the Canadian Union of Postal Workers (CUPW), went out in a series of 24-hour rotating strikes beginning on June 3. From the beginning, Canada Post management sought to shut down the bargaining process and have the federal government bring in back-to-work legislation. First, they cut workers’ benefits (including maternity pay and disability pay), and then forced all unionized workers to work a three-day week instead of five. Their rationale was that mail volumes were down, despite photographic evidence that mountains of mail was piling up across the country.

From the very beginning, Canada Post management sought to get the federal government involved in the labour dispute, and to have them step in with back-to-work legislation. Even though the mail continued to be delivered, Canada Post decided to lock-out the workers across the country; almost immediately, Raitt announced that the Tories would enact back-to-work legislation.

As this article goes to print, the details of the back-to-work order are being leaked out. In what can only be described as a blatant provocation, the federal government has imposed a new wage scale that is even lower than what Canada Post had presented in their last offer! Management had offered wage increases of 1.9% over the first three years of the contract, with a 2% increase in the final year; the federal government wants to impose increases of 1.75%, 1.5%, 2%, and 2%. In response, CUPW’s national president Denis Lemelin said, “Imposing wage increases that are lower than Canada Post’s last offer punishes postal workers for a disruption that was caused by the corporation’s national lockout.” Lemelin went on to say that the Tories’ contract would cost each Canada Post worker $875.50, on average, and represent a theft of $35-million in total.

As CBC News reported, the federal government has not dictated pay scales on a union contract since the 1970s when the Trudeau government enacted wage controls, which sparked massive labour protests across the country. Again expressing the government’s determination in enforcing austerity and making workers pay for the capitalist crisis, Raitt explained that the Tories set the pay scale lower than what Canada Post had offered so that postal workers would not get a bigger raise than government workers represented by the Public Service Alliance of Canada.

At the same time as the postal strike, customer service and call centre workers at Air Canada began walking the picket lines. These workers, unionized with the Canadian Autoworkers (CAW), are part of one of four unions that are negotiating a new contract with Air Canada. Like Canada Post, Air Canada management has tried to force its workers onto new defined contribution pension plans, which do not provide the funding or security as defined benefits plans that workers won in decades past. Furthermore, workers are fighting to regain some of their wages that were so greedily cut by Air Canada over the past decade.

As with Canada Post, Raitt and the Conservative government wasted no time in threatening the union with back-to-work legislation. To justify her government’s position, Raitt explained that the Tories could not have the workers threaten Canada’s economic recovery! (This is an absurd position, as Air Canada’s lost business would have almost exclusively gone to Canadian rival Westjet.)

The Conservatives’ speedy support of the bosses clearly demonstrates what the Marxists have been saying — that we have entered a new age of austerity where the interests of Bay Street are going to be imposed come hell or high water. The strikes and lockouts at Canada Post and Air Canada are not just economic disputes between bosses and workers; they are political, too. As was demonstrated with last year’s arrests at the G20 summit in Toronto, when corporate profits are at stake, the state will step in and walk all over our democratic and constitutional rights.

Even with back-to-work legislation looming over their heads, CUPW workers continue to proudly walk the picket lines, as this article is being written. The NDP caucus is promising to filibuster Parliament in the hopes of delaying the back-to-work order. There is also the possibility of CUPW workers defying the legislation.

At Air Canada, the CAW leadership was forced into a settlement with management under the threat of legislation. Although the workers received minor wage increases (their first in a decade), unfortunately the union caved under the government’s threats and agreed to take the issue of pensions to binding arbitration. According to Ken Lewenza, the president of CAW, this was a better option than having the Conservatives appoint their own lawyer or judge to impose a contract on Air Canada workers. Although there is a chance that an arbitrator will rule in the union’s favour, there is also a possibility that he won’t. The union leadership is gambling with the workers. It is vital that workers have the right to decide their fate themselves rather than leaving it to some outsider who has more in common with the bosses and politicians. Moreover, this will almost certainly impact the three other unions who continue to negotiate new contracts with the airline.

Facing back-to-work legislation under punitive terms, the workers are left with two choices. Either submit and see your livelihood eroded, or defy these illegitimate laws and take the struggle with the government head-on. Canada Post workers have a fighting tradition, but if they defy the legislation they cannot stay out long without support from the rest of the labour movement. Workers will be fined $1,000 for each day on strike, union officers $50,000, and the union $100,000. The Canadian Labour Congress and every provincial federation of labour must draw up a plan of mass demonstrations and solidarity strikes now if the workers are to beat back this onslaught that is going to impact all workers.

The lesson from these two strikes is that the old style of bargaining is gone. The leadership of the workers’ movement can have no trust in the laws, the courts, or the government to enforce or protect workers’ rights. Governments at all levels and of all stripes have no fear of taking away the right to strike from workers (as also evidenced by the Ontario Liberal government taking away Toronto transit workers’ rights earlier this spring). This is no longer just an economic struggle; it is fundamentally a political struggle with the capitalist state stepping in on the side of the bosses.

Stephen Harper, Jim Flaherty, and Tony Clement have repeatedly emphasized that the federal government needs to find $11-billion in cuts. As much as a third of Canada’s public-sector jobs could be permanently axed. The simple right to organize is under attack. Today’s labour struggles are much more than achieving a new contract with the employer; these political struggles will shape what rights workers have far into the future. The attacks will continue as long as there is a capitalist government in power. Workers and their organizations must fight back to break this current offensive, but not stop there. To truly put an end to the austerity we must put an end to the system that creates it. We need a socialist NDP government that can do away with capitalism and provide decent conditions for all.