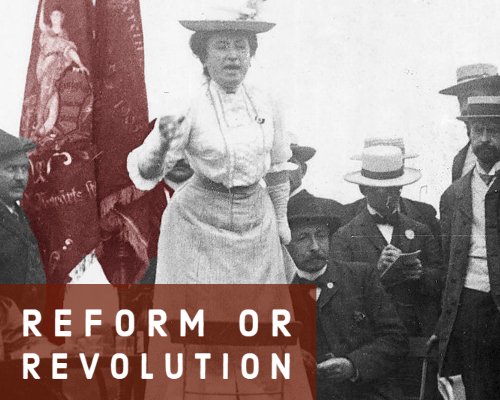 Rosa Luxemburg was one of the most important figures in the history of the international workers’ movement. Together with Lenin and Trotsky she was the outstanding representative of Marxism in the 20th century. Reform or Revolution was one of the most important of her early writings. Written in 1899, it provides a devastating demolition of the theoretical and practical basis of reformism. It was completely valid at the time when it was written and it remains completely valid today.

It seems astonishing that she was only 28-years-old when she wrote it. And it placed herself amongst the foremost leaders of the left of Social Democracy internationally, a role she was to occupy until her assassination in 1919. It remains today one of the classic texts of Marxism.

With an introduction by Alan Woods to the 2014 Mexican edition.