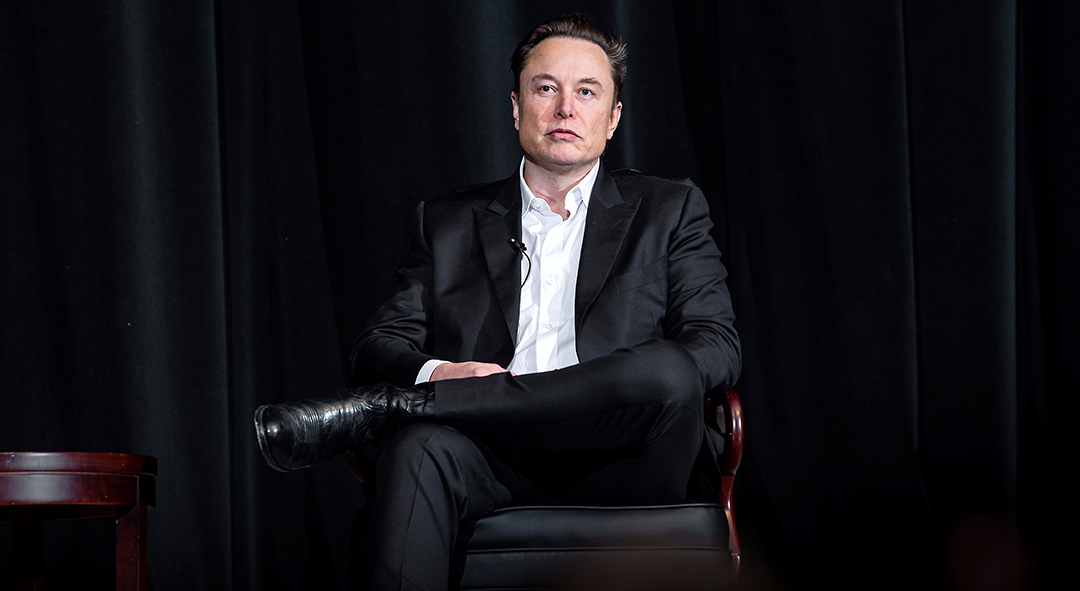 On April 25, Twitter announced that its board of directors would accept a $44 billion bid by Elon Musk to purchase the social media company. Pending shareholder approval, the deal is set to be finalized over the next three to six months. Musk, currently the richest person on Earth, with a net worth of $259 billion, would thus own one of the most influential social media sites in the world, used daily by over 200 million people.

Musk had publicly proclaimed his intent for several weeks leading up to the announcement. In his usual bizarre fashion, he emphasized that his decision was motivated largely by his personal thoughts about the platform. In fact, Twitter, a sporadically profitable company, would not be the most lucrative of Musk’s investments. As he himself stated, it “is not a way to make money… My strong intuitive sense is that having a public platform that is maximally trusted and broadly inclusive is extremely important to the future of civilization.”

Not knowing what else to do with his insane wealth, this vanity project was primarily motivated by Musk’s individualist desire to make changes to the platform, and, evidently, his belief that he personally has an important role to play in “the future of civilization.” 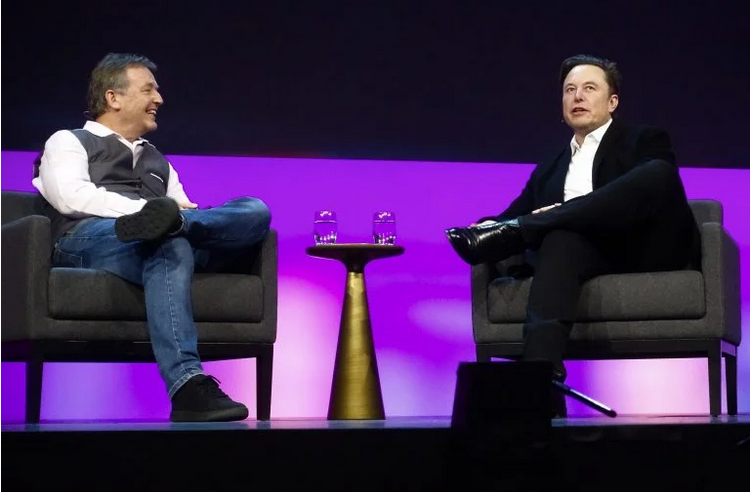 In his usual bizarre fashion, Musk emphasized that his decision to buy Twitter was motivated largely by his personal thoughts about the platform / Image: Steve Jurvetson, Wikimedia Commons

A self-described “free speech absolutist,” he claims he will take the company private and loosen the content moderation guidelines, work to reduce bots and spam, and make the platform’s algorithms open-source, i.e., available to the public. In other statements, he has said that he wants Twitter to be “maximum fun,” wants to work to “unlock” the platform’s “tremendous potential,” and wants “a much bigger percentage of the country to be on it, engaging in dialogue” with “ideally most of America is on it and talking.”

He has also toyed with the idea of changing Twitter’s reliance on ad revenue, possibly requiring fees from corporate and government users. As for the question of political moderation, Musk, a libertarian with somewhat elusive political views within the confines of American bourgeois politics, says he believes a good moderation policy is one that angers the most extreme 10% on both the right and the left equally. This is a hazy way to look at it, to say the least—not to mention undemocratic against minority ideas such as revolutionary socialism.

What he will do in practice remains to be seen; with Elon Musk, it is especially difficult to predict. But either way, this development truly exemplifies the nature of media under capitalism, a system under which a single erratic egoist billionaire, acting on a personal whim, can gain more-or-less unchecked control over the means of communication used by hundreds of millions of people worldwide.

Marxists are in favor of maximum free speech under capitalism. We oppose infringements on this right by both the bourgeois government and corporations, as we can guarantee they will be used against the left and the labor movement. To call on either Twitter or governmental regulatory boards to crack down on “misinformation” or to stop polarization by censoring “extreme” political views fundamentally misunderstands the cause of the spread of these ideas.

At root, the rise of Trumpism, the lack of confidence in scientific institutions, the growth of interest in conspiracy theories, etc. are symptoms of the decline of capitalist society and cannot be mitigated by censorship. Calls for “fact-checking” and “regulation” are misguided. After all, which class, or layer of a class, “regulates” and decides what constitutes the “facts?”

We do not sympathize with or support Musk in the slightest and do not have a shred of confidence that he can guarantee any degree of meaningful free speech. We certainly cannot bank on the opinions of individual capitalists to defend this right. Already, he has stated that his definition of free speech is predicated on legality—the policies of the government, being, in his view, “the will of the people”—never mind that tens of millions are barred from or do not bother participating in the farce of bourgeois democracy.

This also reflects his narrow national outlook, indicated by his intent to get “Americans” using Twitter. What about the masses in Myanmar suffering under a military dictatorship? Does Musk believe that that regime is the “will of the people?” We will have to see. Needless to say, he has not thought this through very much.

In any case, we suspect that Musk—who is known among advanced workers and youth for his particularly abusive treatment and wildly unrealistic expectations of his employees, and whose functionally segregated Tesla factories have been described by Black employees as “slave ships”—would be none too sympathetic to the free speech rights of, say, striking workers, or revolutionary socialists in Venezuela.

As for Musk’s other “ideas,” even if some of them sound innocent enough, these kinds of questions, which directly affect hundreds of millions of people, should be determined democratically—not by the passing impulses of Elon Musk.

Regardless of what ends up happening, the questions raised by Musk’s move to purchase Twitter are reminders that “free speech” under capitalism has always been a myth. This “right” has always been meaningless to most people, who cannot afford the vast sums of money necessary to compete with the capitalist mass media. It is in this context that “social media” developed, and thus, the same fundamental dynamic remains. To be sure, in the US, everyone has the legal right to purchase Twitter for $44 billion and make whatever changes they see fit. Such is “freedom” under capitalism!

Left-liberals have decried Musk’s purchase as “peak billionaire.” But these kinds of impotent soliloquies are useless, and only state the obvious. It makes no real difference which particular set of capitalist parasites owns Twitter. What is needed is an actual solution: to fight for nationalization, under democratic workers’ control, of all the major media companies. 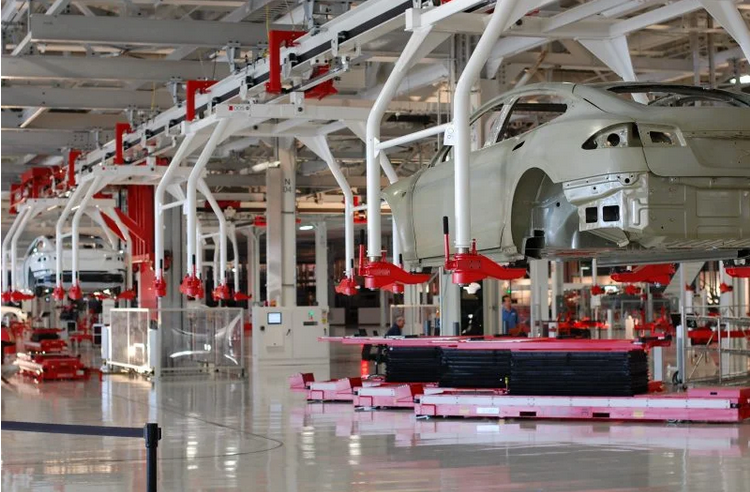 Musk is known for his particularly abusive treatment of his employees / Image: Maurizio Pesce, Wikimedia Commons

The pioneers of the internet had high hopes for a democratic-utopian future where anyone could share and access information on equal terms. But these hopes were inevitably trounced by the logic of capitalism. Over two decades, the vast majority of internet traffic has been successfully squeezed onto a handful of privately owned social media sites, which now determine the way the information is shared among billions of people.

For instance, on Twitter—which Musk describes as a “digital town square”—serious, long-form discussion and debate is rendered impossible and replaced by 280 character half-thoughts and content that achieves virality based on blind algorithms designed to steal users’ attention. This is just one possible way of organizing a “digital town square”—and a rather bad one at that. The working class could come up with a much better arrangement and harness the potential of the internet in a way we have never seen.

To this end, we must fight for a workers’ government, which would nationalize the press, TV, radio, and social media, and democratically allot resources and access, to guarantee genuine free speech. On the basis of a rationally planned economy, we could cut the workweek to 20 hours without loss in pay, and provide proportional access to printing presses, web-server space, recording equipment, and media time. We would rebuild social media from the ground up in line with the interests of the working-class majority. Such a program would utterly transform and unleash a new phase of cultural, political, and intellectual life for billions of people. No force other than the working class is equipped to carry through this kind of transformation.

Originally published on 9 May at socialistrevolution.org |