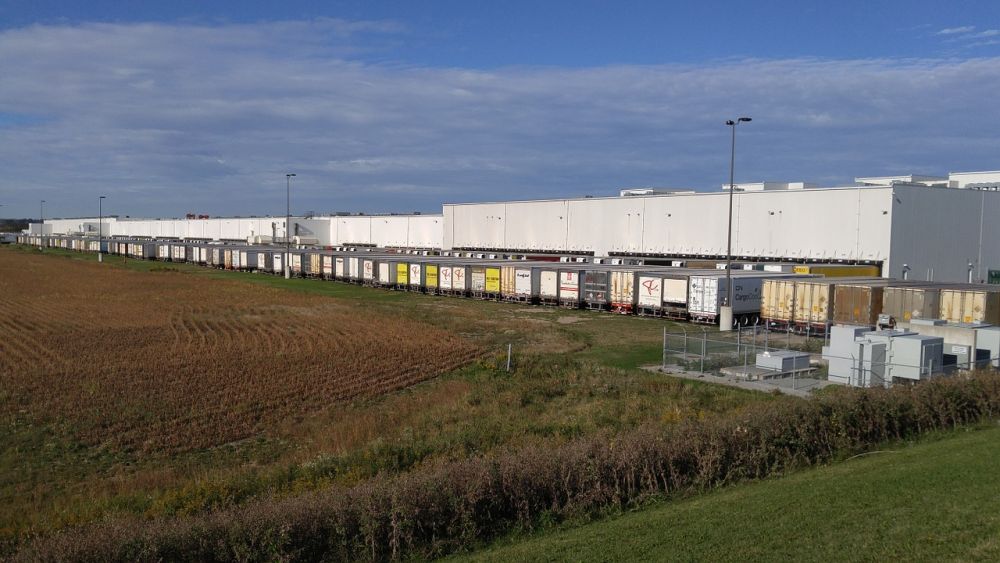 Sewage-fed cows, "mad cows", dioxin contaminated chickens, hormone injected cattle, genetically modified Soya, animal carcasses used to make animal feed, contaminated mineral water and Coca-Cola. The list of contaminated food is getting longer and longer. There is a common thread running through all these cases: the search for the highest profits on the part of multinationals in the food industry to the detriment of everybody's health.

Each time one of these scandals breaks out it is presented as an exceptional case and soon disappears from the newspaper headlines. Delays, incompetence and sometimes downright complicity on the part of the authorities, who are supposed to carry out checks, are covered up (see the attempt on the part of the European Commission in August to double the permitted levels of PCB residues - a precursor to dioxins - in food. Dioxin has been discovered in chickens on several occasions in the past. We should not forget that in 1998 unacceptable levels of dioxin were found in milk produced in the North of France. The source of this contamination were several incinerators that had polluted the surrounding grazing land. Dioxin spewing out of the incinerator plants settled on the grass. It then got chewed by the cows where it was concentrated mainly in their fat deposits and from there into their milk. At each successive stage the dioxin was more and more concentrated.

Successive concentration is in fact the most subtle and dangerous feature of this carcinogenic substance. Furthermore, thanks to animal feeding techniques, which lengthen the food chain in an unnatural way (chickens fed on animal fats, industrial waste and sewage residues), dioxin concentration increases in the last link in the chain by as much as thousands of times the initial level. And humans are always the last link in this artificially extended chain.

The incineration of refuse is still the main source of dioxin emissions. And in spite of improvements in the incinerator plants, the quantity of dioxin produced by this system of refuse disposal is still high. A modern incinerator plant, with the latest technology, pumps out into the atmosphere about 250 billion picograms of dioxin a year (one picogram = one billionth of a gram).

Available data reveals that in the Belgian chickens, that had a lower level of contamination (although well above the legal limit), there were about 550 thousand picograms of dioxin. That means that the amount of dioxin produced each year by just one incinerator could be enough to seriously contaminate nearly half a million chickens! Obviously not all the dioxin produced by an incinerator ends up in the chickens. However, we should remember that the life span of an incinerator is about 20 years. If we add to this the number of existing incinerators then we get a clearer picture of the potential for dioxin contamination. The average amount of dioxin produced per capita in Europe is 13.2 micrograms. The highest levels per capita are in Belgium, with 45.2 micrograms per capita. This is the result of the high level of refuse which is disposed of through incineration: 54% of the total, another European record.

Back in the 1980s the British food industry pushed for a liberalisation of beef production in an attempt to reduce costs. However, they did not expect such disastrous effects on the health of both cows and humans. In 1996 the discovery of BSE ("mad cow" disease) raised suspicions about the type of feed beings used. Again, this was presented as an isolated case, and it was declared that beef in the rest of Europe was safe. Very few bothered to point out that it was the whole of the food industry that was to blame because its methods were based purely on the maximisation of profits.

The farmers took the blame, the very same people who bore the brunt of the financial losses, while in reality they were the victims of the companies (and their allies) that produce animal feed. Nothing was done to get to the root cause of the problem.

Nowadays the use of animal carcasses in the production of animal feed to boost its protein content is widely criticised, but it is not a new development. The meat industry has built its power and competitive edge by basing itself on an inexhaustible source of raw materials, the recycled waste of the slaughterhouses that is transformed into animal feed. Everyday millions of eggs are exported to the four corners of the world from Holland. Dutch eggs sell all over the world because they are so cheap. But how have they managed to reduce the cost of production so dramatically?

The British and the Dutch are not solely to blame for this situation. The finger should be pointed at the Common Agricultural Policy which has been developed by all the national governments of Europe. Decisions are taken by a unanimous agreement of all EU member states. The authorisation to continue using animal based feeds for pigs and chickens led to all kinds of possible effects. In fact, only a few months later, in 1997, the European Union had to order the destruction of millions of pigs due to the outbreak of an epidemic. This cost a million ECU (about £700 million), half of which was paid by European tax payers. After the Belgian chicken scandal France suggested once again the banning of animal feed produced from animal waste. And once again everything was hushed up!

No stop-gap measure will eliminate problems that derive from a productive system, imposed by the Common Agricultural Policy, whose only aim is to increase the profits of the powerful food industry and in particular of the multinational corporations that produce animal feed, antibiotics and growth stimulants. According to official statistics, on livestock farms with less than 100 pigs the cost of antibiotics is about £40 per head. But when there is a high concentration of animals in one place the cost can be over £100 per head.

This shows that the aim is not to keep the animal healthy, but to achieve an artificial weight gain through a constant low intensity input of antibiotics in order to avoid even the slightest infection.

It is a well known fact that salmonella, which develops quite easily among fowl, is the source of 70% of cases of mass food poisoning in Europe. Bacteria is becoming ever more resistant due to the excessive use of antibiotics and this is causing growing problems in the treatment of infectious diseases.

The scientific committee of the European Union has published a report in which it requests a ban on the widespread use of antibiotics. But as recently as July of this year the European Union had not taken on board the requests of the Committee. Are they stupid? No, on the contrary, it is a question big vested interests. This sector alone accounts for $250 billion of the world market for pharmaceutical products. It is up to the European labour movement to defend our right to safe food production as part of the general struggle for decent jobs and wages. To leave this essential task in the hands of environmental or consumer groups means that in the best of cases all that will be achieved is a denunciation of the problem.

A solution can only be found by posing the problem clearly: so long as food production is in the hands of the capitalists these scandals will continue. As we have already seen, inspections, laws and guidelines will have little effect because the authorities listen more to the large corporations than to the people they are supposed to represent. Good healthy food can only be achieved through the nationalisation of these corporations with a democratic planning of the resources. Even in the kitchen socialism is the only answer.