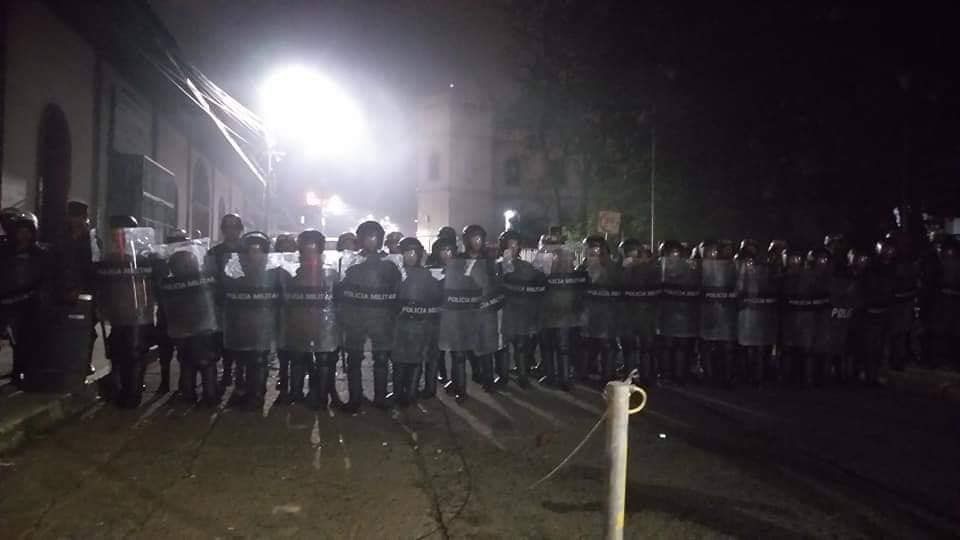 The class struggle is intensifying in Honduras as the dictatorship increases the level of repression. Just yesterday, our comrades on the ground were witnesses to an attack on the main university campus of UNAH (National Autonomous University of Honduras) in the capital of Tegucigalpa. Since the armed police have refused to repress the people, the military was sent into the university and fired live rounds on unarmed students, injuring four. As the comrades state, this is a clear violation of “the university’s autonomy and an attempt against the lives of the students.”

The powerful military wing of the state has been used to repress the growing student movement, which is raising its voice in support of the workers against the illegitimate government of JOH (Juan Orlando Hernández) and his ruling National Party. Here below, we publish a translated article written by Izquierda Marxista Honduras on 23 June about how the struggle should not be limited to overthrowing the president but should be about overthrowing the rule of the capitalists as a whole. 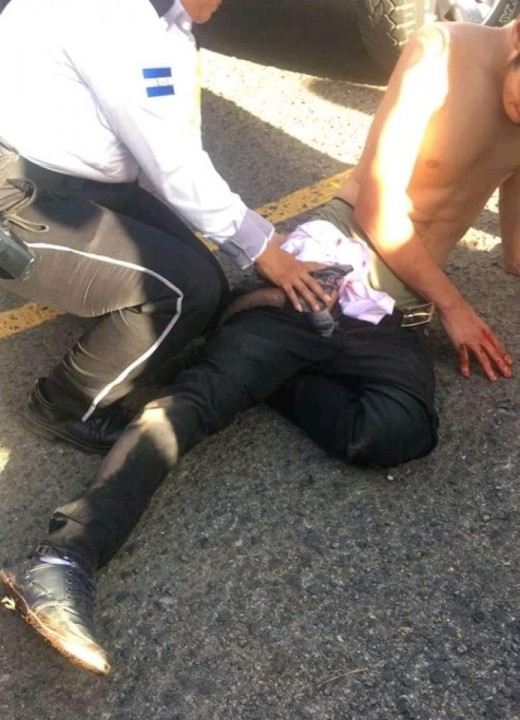 The military was sent into the National Autonomous University of Honduras and fired on unarmed students, injuring four / Image: Izquierda Marxista

When we refer to the dictatorship in Honduras, it is sometimes difficult to understand that it is an entire political structure run by elite groups in power, not just an individual. For hundreds of years this elite has promoted and removed presidents at will. These forces behind the scenes mean presidential elections are not simply based on the personal ambitions of the candidates.

In Honduras, there is no place where the slogan "Fuera JOH" (Out with President JOH) is not heard, as an immediate demand in the face of the crisis that is bleeding the country dry. But, from a more objective point of view, is it really enough just to get JOH out?

Many speeches are aimed at the expulsion of JOH as a solution to the problems that plague the country. But the fact is that political power in Honduras is not manifested only through the presidential office. In Honduras, as in most countries, the state arises from the merging of three powers. These are as follows...

Responsible for drafting laws, allegedly for the benefit of the people. Clearly, that is not the case. History has shown that, in Congress, the deputies – who are the ones who make up this power – are only responsible for legislating on behalf of the ruling classes. The bourgeoisie does not finance the political campaigns of the traditional parties for sentimental reasons – the deputies are, in the first instance, men and women at the service of the ruling class. Concessions over the privatisation of electricity, health and education; changes to the law, condemning protests as terrorism – all these and much more are the products of decisions made in the Congress by the parties of the bourgeoisie: the National Party, the Liberal Party and bourgeois minority groupings.

Supposed to administer justice in society, it consists of judges and the courts. Its role historically has been to protect the bourgeoisie and judge the poor. In the prisons of Honduras, however incredible it may sound, people have been deprived of their liberty for stealing a hen – as in the case of José Álvarez. He was a 25-year-old farmer from the south of the country who was handed into the police and received a sentence of between two to five years. There are many examples of cases such as this. 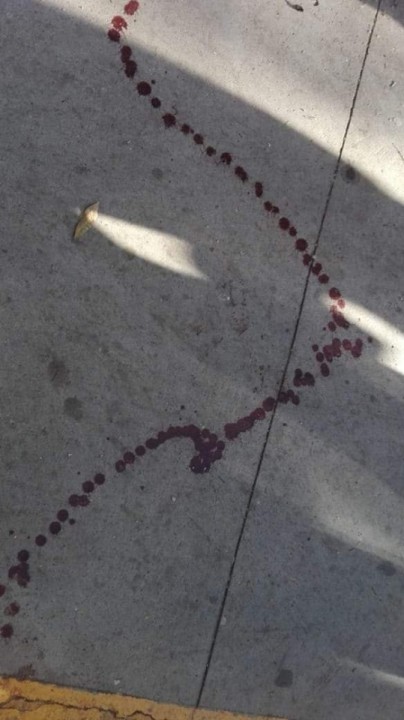 What’s striking is how the judiciary (which supposedly administers "justice") represents the class that creates poverty in the first place, and then goes on to punish the poor; the students for demonstrating for a better university education; the unemployed for wanting to eat; women for wanting to make decisions about their bodies, etc. It is not the same with the rich, who have turned the country, in every sense of the word, into a dunghill, where the coffers of the state are looted and yet those responsible face no punishment.

This was the case with the fleecing of the IHSS (Public Health Insurance). Many of those responsible got off scot-free, and the few that were found guilty are facing comfortable captivity with soft beds, plasma TVs, good meals and any luxury they desire. There is an endless list of such cases, where the rich act with impunity, and the poor see no justice. It is necessary to understand that the judicial system in Honduras has to be totally scrubbed clean.

This is the presidential branch of government, which is currently led by JOH. No government in Honduran history, except for during the period of Manuel Zelaya (which culminated in an imperialist coup d'état in 2009); and that of Francisco Morazán (in the nineteenth century) has shown a genuine desire for the prosperity of the country. On the contrary, each government has almost always been more awful than the previous one, and that is precisely why we have to understand that it is impossible to end all the misery of Honduran society within the framework of the current system, because it is simply not designed to promote justice and prosperity for all.

Let's throw away the parasitic bourgeoisie! 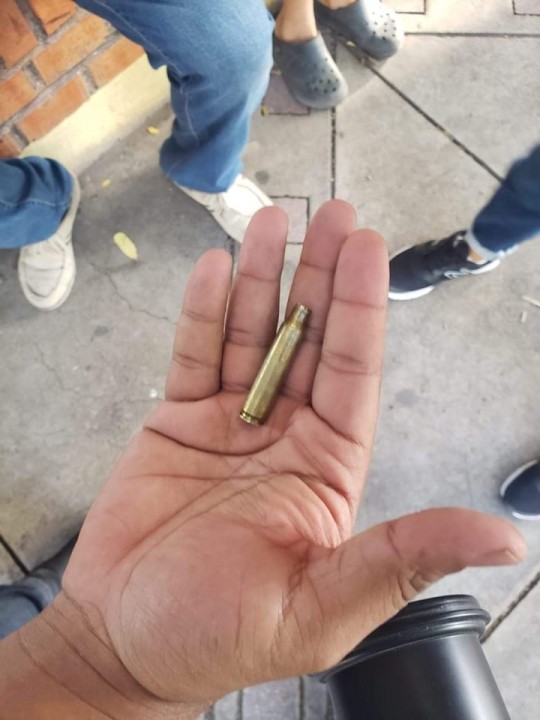 These latest attacks highlight the urgent need for a root-and-stem transformation of society / Image: Izquierda Marxista

The LIBRE party, which is the largest political force in Honduras (although a minority in Congress in comparison to the National Party, which has more deputies because they rigged the election), should not limit its struggle to the legislative plane, nor fight only during elections. It has to be present and organising the struggle in the streets against the system itself, shoulder to shoulder with the people.

The so-called representative democracy of the bourgeoisie only represents the particular interests of millionaires. There is no representation for the poor. There must be a worker-controlled state, where the economy of the country is planned and run by the workers.

Marx and Engels said in the Communist Manifesto:

"The executive of the modern state is but a committee for managing the common affairs of the whole bourgeoisie."

JOH is only the face of the bourgeoisie that has dominated Hondurans for hundreds of years. We can not continue to play the game on their terms. A revolution is required for the seizing of the means of production; that is, the seizing of machinery, transport and tools, which are now owned by very small groups, who repress a whole country of 9 million inhabitants. It is not fair for small groups of elites turn the country into a wasteland.

It is time to direct the fight towards a root-and-stem transformation that breaks the old relations between rich and poor. An opposition government under this same system can only offer small improvements. At the end of the day, if the bourgeoisie is not expropriated of what truly belongs to the working class, the country cannot change.

If we want real change: let's expropriate the bourgeoisie!