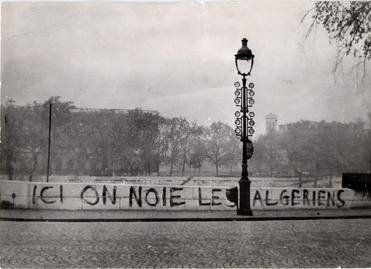 On 17 October 1961, between 200 and 300 Algerians and French citizens of Algerian origin, demonstrating against a curfew imposed on them by Paris Prefect of Police, Maurice Papon, were killed and thrown into the Seine by the police. 40 years later, few people know of this pogrom, which was perpetrated in full view of Paris, with the authority of the prefect, who was himself abetted by the highest levels of the state.

[Read the original in French, first published in 2001]

On Tuesday, 17 October 2001, in the National Assembly, the RPR and Démocratie Libérale deputies left the Chamber in a state of great confusion following a question from a Communist deputy concerning the massacre of 1961.

Most people are unaware of this massacre; at best they confuse it with that of the Charonne metro station, carried out a few months later (February 1962) by the same perpetrators: the police and Papon.

But what happened in 1961 was of an entirely different magnitude: most serious historians estimate that the number of victims is between two and three hundred. To understand how this happened, we need to look at events prior to 17 October. 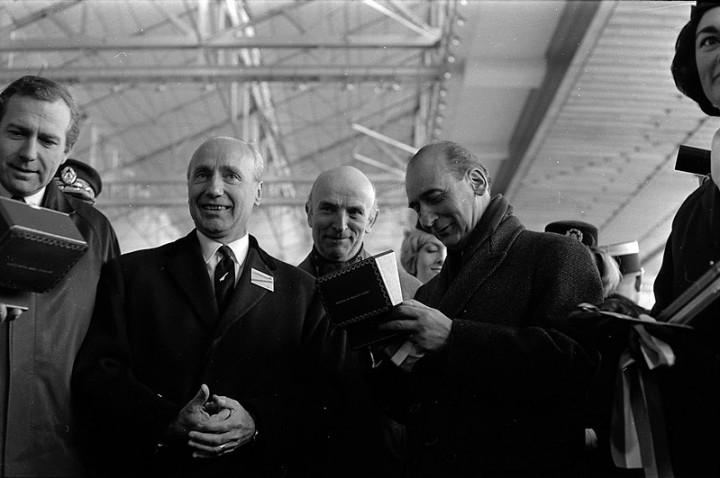 The massacre was carried out with the support of Prefect of Paris Police, Maurice Papon / Image: fair use

A few months before the tragedy, the Algerian National Liberation Front (FLN) had exported the Algerian conflict to French soil to maintain pressure on the French delegation during negotiations. Their operations consisted of the killing of police officers known for their abuse of activists or sympathisers of the FLN.

Faced with this "open war", the police took matters into their own hands. As early as September 1961, they (quite illegally but with the agreement of Papon) formed "death squads". These policemen went, more often in groups of a dozen, to look for Maghrebians, beat them up and threw them into the Seine.

The official story, despite the complaints lodged by the survivors, was that these incidents were nothing more than settlements of accounts between rival factions of the FLN.

In this extremely tense context, Papon in his wisdom decided to impose a curfew affecting only Algerians and French Algerians. Faced with this racist measure, the French Federation of the FLN decided to organise on a peaceful demonstration on 17 October, gathering men, women and children across Paris.

A huge crowd of people, dressed in Sunday clothes, arrived in Paris from the shantytowns of the Parisian suburbs to protest peacefully. The instructions were clear: no weapons. But those who waited for them had no such peaceful intentions.

Upon leaving the metro at Étoile, on the Grands Boulevards, protesters were descended upon by the police. After being arrested (and often clubbed), they were taken away on RATP (public transport) buses requisitioned for the occasion, and driven by agents of the RATP.At Boulevard St. Michel, in the Latin Quarter, the police engaged in "guerrilla warfare" against the demonstrators. The latter were pursued even into the alleys of the Saint Séverin district and the halls of residential buildings, where they were clubbed mercilessly, then thrown into the Seine river. The same scenes were happening everywhere in Paris and its suburbs: with people bludgeoned into unconsciousness, then thrown into the water.This police brutality was not confined to the demonstration itself; it extended into the Paris Police Prefecture's security court and the makeshift internment camps: at the Palais des Sports and at the Parc des Expositions. In all these places, the scenario was the same.

Buses arrived loaded with protesters. At the doors of the vehicles, two rows of policemen awaited their victims. As soon as the doors opened, the protesters were pushed outside; the policemen then beat them on the head with coshes, broken wooden planks and batons. Then they were deprived of all their belongings, from watches to wallets and identity papers. Imprisoned, without any medical care, they were beaten at leisure by the sadistic police

Historians estimate that more than 50 Algerians were beaten to death in the courtyard of the Prefecture of Police – in the presence of Papon – and then thrown into the nearby Seine. 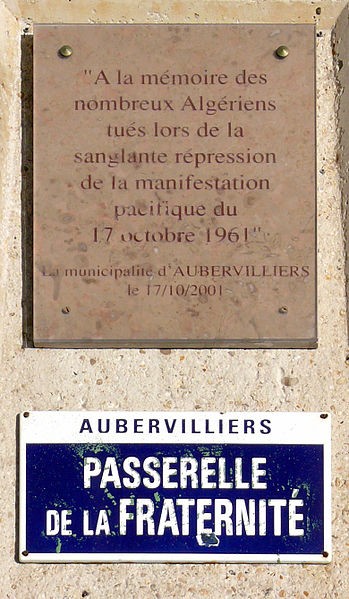 Between 200-300 Algerians were killed in cold blood: and nobody was ever charged / Image: Claude Shoshany

This repression continued for two days, even in the poor neighborhoods and shantytowns.The official record is three dead, including one by a heart attack. However, in addition to the record of far greater casualties that has been established by historians, and all the testimonies of the time, a suit for defamation brought by Papon against the journalist Luigi Einaudi (who wrote a book about the events of that tragic night, describing them as a “massacre”) resulted in the dismissal of Papon’s case and the exoneration of Einaudi: tacitly accepting his characterisation.

No one was ever tried for the massacre, which is covered by the 1962 amnesty for crimes committed during the Algerian War. Papon was also involved in the assassination of Moroccan socialist leader Ben Barka, kidnapped in Paris in 1965 by the French police officers and then handed over to Moroccan agents to be killed. That scandal led to his resignation in 1967 as prefect, but he was given the post of director of Sud Aviation. He went on to pursue a political career, which saw him elected as an MP and then become a minister in 1978.

Finally, in 1997 he was tried for crimes against humanity for his role in the deportation of Jews during the Nazi occupation of France. He was sentenced to 20 years in jail, but served less than three and was released for ill health.

In 2001, the Socialist Mayor of Paris inaugurated a plaque in memory of those killed in the 1961 massacre and in 2002, French President Jospin admitted the Algerians and French Algerians had been killed "as a result of bloody repression", but still did not say who was responsible nor offer any official apology to the victims and the Algerian people.

As Marxists, we remember this act of state murder, signal our solidarity with the dead and their families, and vow to fight for a world where such barbarism will never be repeated.