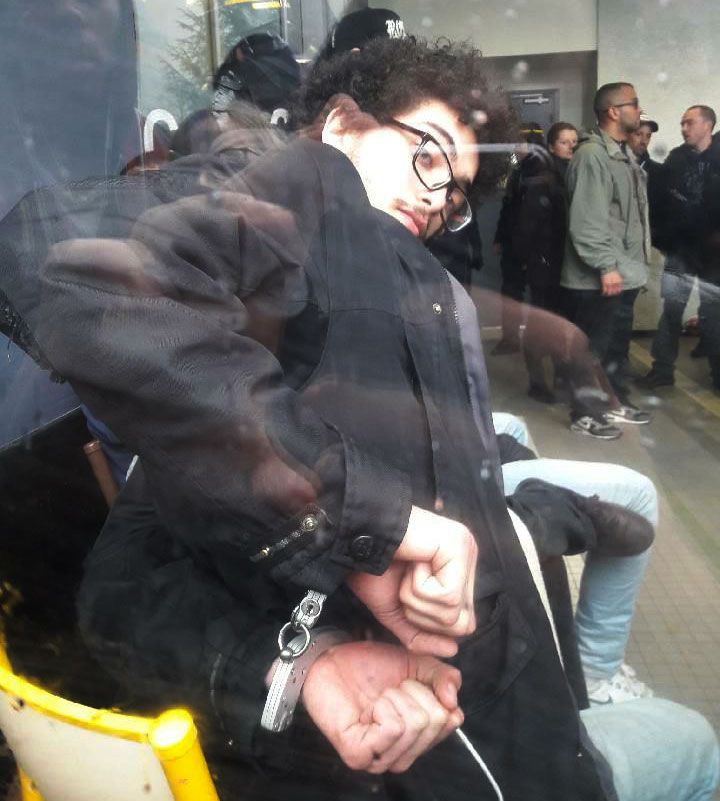 UPDATE: We have just been informed of the good news that the students have been released, but the fact they were arrested to begin with is still a scandal. Yesterday, 9 April, University of Nanterre management called two units of the CRS [Compagnies Républicaines de Sécurité: general reserve of the French National Police] to violently expel 100 students gathered in a General Assembly. Seven students were arrested. Six were remanded in custody, including our comrades Andreas Coste and Victor Mendez. It is clear that the arrests targeted student activists at the university.

The arrested students are not guilty of any acts of violence. The violence, which shocked the students and staff present, was entirely on the side of the CRS. Many videos, shot during the events, demonstrate this.

This repression and these arrests aim to break the legitimate mobilization against the ORE law [Orientation et réussite des étudiants, which will end universal access to universities in favour of a selection system], but they will have the opposite effect. Today, at the University of Nanterre, the General Assembly has seen the participation of more than 700 people. This is the most important such meeting, at this university, since the beginning of the movement. 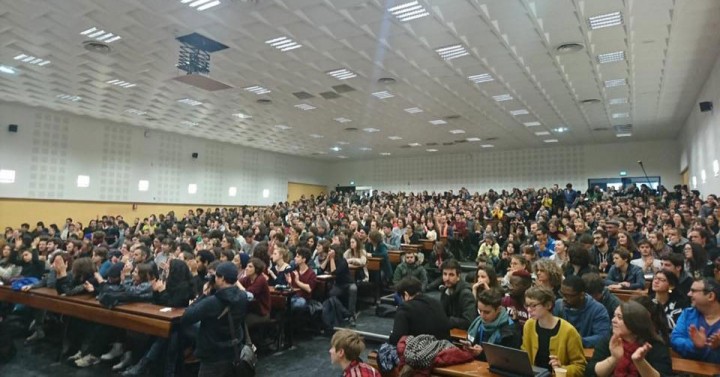 A student General Assembly was violently broken up by police / Image: Révolution

We demand the immediate release of the six students arrested yesterday. Of course, no legal action should be brought against them. We call on the students of Nanterre and elsewhere to respond to the repression with an even more massive mobilization against the ORE law and all the reactionary policies of the government. At the same time, labour and political organizations of the labour movement must react strongly (and mobilize) against the police violence against students that is increasing across the country.

Students, workers: unite in struggle with the railway workers!