Details
In Defence of Marxism
26 September 2017 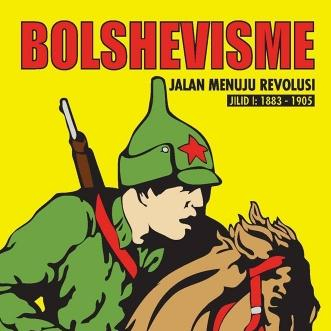 In commemoration of the 100th anniversary of the Russian Revolution, the Indonesian Marxists are publishing, for the first time, the Indonesian edition of Alan Woods’ “Bolshevism, the Road to Revolution”. This will be the first comprehensive book on the history of the Bolshevik Party published in Indonesia since 1965, that fateful year when the Communist Party of Indonesia (CPI) were brutally crushed by a military coup.

The publication of this book is part of a series of publications that the IMT has initiated for the past 8 years to restore the genuine ideas and tradition of Bolshevism in Indonesia. The IMT has been at the forefront in translating and publishing the works of Leon Trotsky into Bahasa Indonesia, notably “Permanent Revolution”, “Revolution Betrayed” and “Transitional Programme”.

One hundred years ago, the October Revolution reached the ears of youth and workers in Indonesia and inspired the birth of Communist Party of Indonesia in 1920. The party was very young. Its first chairman was Semaun, a young railway worker who had just turned 21. The first cadres of the CPI were not in a positon to learn the lessons of the October Revolution and how the Bolsheviks built the necessary party to lead it. They hardly had any contact with the Russian Bolsheviks. For that inexperience, they had to pay dearly with their lives in 1926 when their premature rebellion was crushed by the Dutch colonial government.

When the CPI arose again in 1945, what was left for them to learn was the vulgarized version of the history of the Bolshevik Party, written by a Stalinist apparatchik. It had been sterilized from all the lessons of how to succesfully carry out an Indonsian "October". In fact the ideas that it promoted, could only lead to defeat. And it did lead to the most brutal defeat in Indonesia, claiming up to 3 million victims. We hope that this new book will serve as a long overdue guide for revolutionary youth and workers in Indonesia on how to build a revolutionary - Bolshevik - party that can lead this country out of the impasse of capitalism.

“Bolshevism” will be published in three volumes over a period of one year. The publication of these three volumes cost $2000 for 500 copies. We therefore appeal to our comrades, supporters, and readers of marxist.com around the world to help us publish this important work in Indonesia by donating via the button below. We appeal to all workers to show solidarity to our comrades in Indonesia so that they can access the most important lessons from the history of the proletarian movement and to rearm themselves with the correct revolutionary perspective.