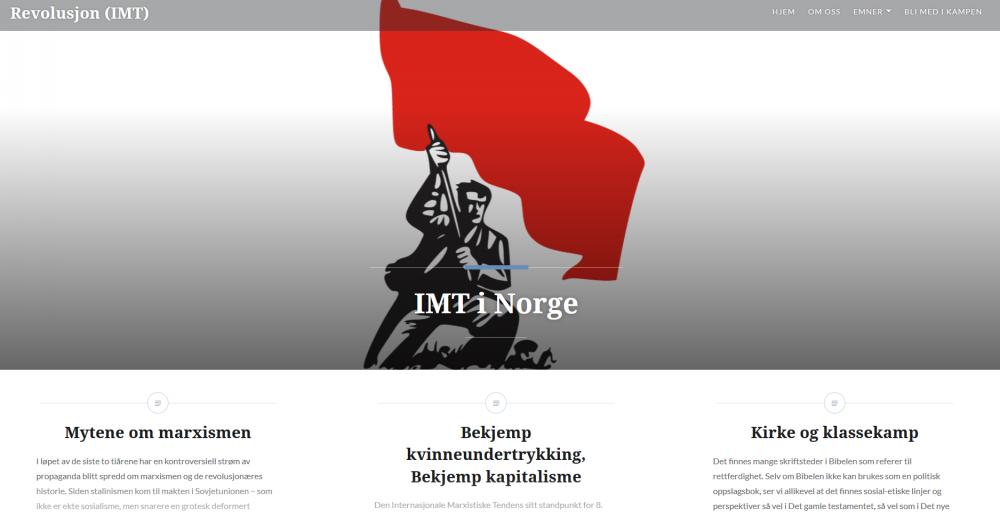 We are happy to introduce no.marxist.com, the website of Revolusjon: the Norwegian supporters of the IMT! The celebrated ‘Nordic models’ of capitalism – with an extensive welfare state – have not avoided the general crises in the capitalist system. Huge tax cuts for the rich, privatization of public services, and the increasing economic gulf between rich and poor are creating discontent among workers and youth. The election of a candidate to the parliament from a socialist party that calls itself Marxist (Red) is a sign that mass discontent is beginning to shift the political climate.

The workers have shown that they are unwilling to give up the benefits they conquered in the past without a fight. But they do not know where to turn: the traditional left has failed them by clinging to capitalism and not providing an alternative. What we need in Norway, as in all other countries, is a party with a programme that will bring the working class to power and establish a democratic and socialist society with a planned economy. Only a revolution by and for the working class is capable of achieving this. We are a new and small group building the nucleus of such a party, and so we appeal to Norwegian readers to contact us or read about us. Help us grow the organization nationwide and help us bring Marxism to the mass movements and the trade unions. International comrades can support us by following us on facebook and sharing our website.