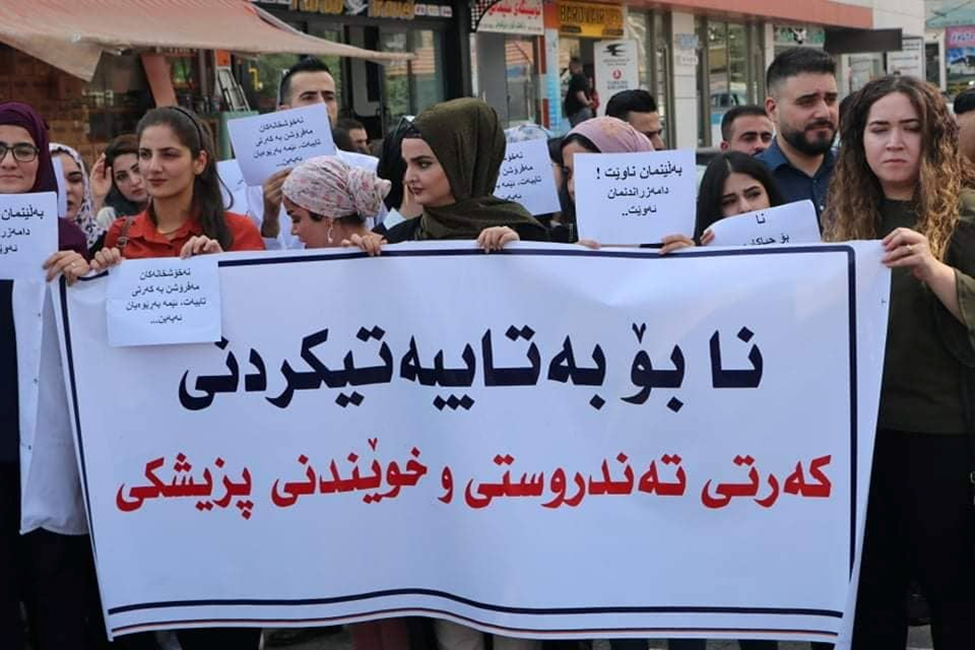 We have received the following report from labour activists in Iraqi Kurdistan about a protest by medical personnel against unemployment and privatisation in their sector.

The above headline is one of the radical slogans heard on a demonstration of unemployed general doctors, dentists and pharmacists that took place on 18 September in the city of Sulaimaniyah in Iraqi Kurdistan. The graduates from the last four years have not been employed, despite the fact that there have been hundreds of new private hospitals opened in this period. Moreover, half of the public hospitals have been privatised, and the other half lack medical services, staff, doctors and drugs. It has become a common saying that, when someone in Iraq goes to a public hospital in the morning, he will most probably be referred to a private facility in the evening.

Those graduates have been raising their voices over the past several years. This time, they have issued a letter of demands directly to the Prime Minister and Council of Ministers because they consider them the most accountable in the Kurdistan Region.

Now, they are waiting for a response from the authorities concerned. They have decided to take other means if there is no positive answer.