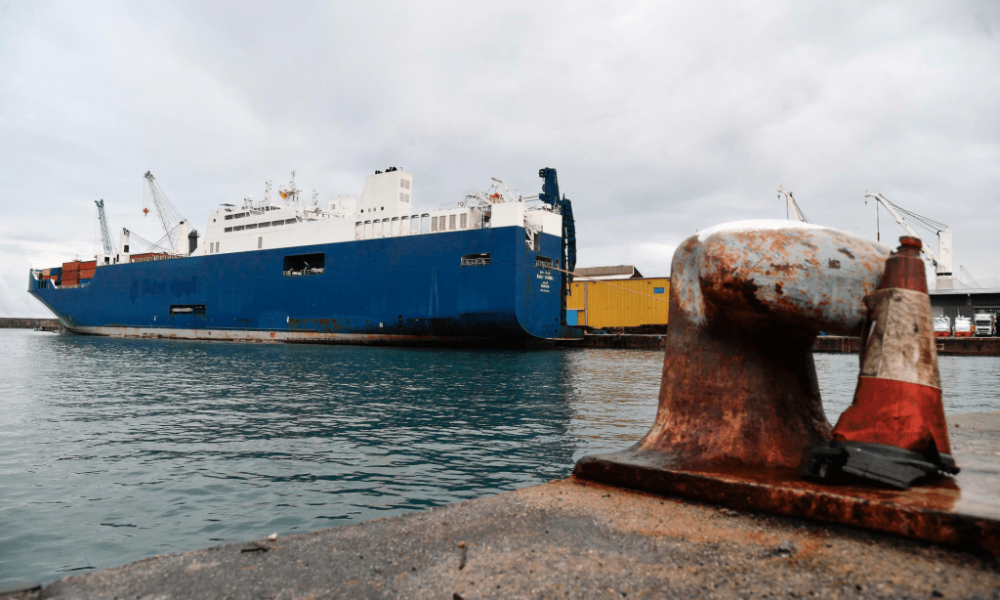 The Saudi ship Bahri Yanbu, which was docked at the port of Genoa to load military equipment to be used in the Yemen conflict, has left Italy without its intended cargo. This represents a great victory for the Genoese dockers, who refused to load the ship, which will now head to Alexandria, Egypt. At the Genoa port, a banner is still waving: "Stop arms trafficking, war on war."

The Italian dockworkers received the news about the Saudi cargo from their fellow workers in Le Havre, France, where workers and human rights activists already prevented the loading the ship a few days before. The dock workers had asked to inspect the boat to check for weapons, but the authorities denied them permission. This clearly revealed that there was something to hide.

The Genoa dockers, commonly called “Camalli” and organised in the “Compagnia Unica fra i Lavoratori” are traditionally one of the best-organised sectors of the proletariat in Italy. They were at the forefront of every struggle, from the resistance movement against Nazi-fascism, to the Hot Autumn (1968-69), and the big struggles of the 70s. Despite having been reduced in numbers (from 8,000 in 1987 to only 1,000 today) they have not forgotten their militant traditions. Luigi Cianci, a leading Camalli, said the following:

"During the Vietnam War we blocked the docking of American ships and in 1971 we organised a ship to aid the Vietnamese population. And we did the same during the Gulf War. These values and this heritage of knowledge have been handed down from father to son. Even if we are far fewer today and we want to defend our jobs, we do not want to do it at all costs: the war in Yemen is one of the greatest humanitarian catastrophes of recent years: 60,000 killed, 90,000 children dead from malnutrition, one million people affected by the cholera epidemic. We explained these things to our members and they all agreed on the boycott.” (Il manifesto, 17 May 2019)

The pressure from the dock workers forced the Cgil to support the strike, and to state clearly that, even if the load had been transferred to another Italian port, like La Spezia, the boycott would have taken place everywhere.

CISL and UIL, the other two main unions in Italy, have scandalously refused to join the strike.

This is not an isolated case. Italy has been exporting weapons and military equipment to Saudi Arabia for several years. In 2018, arms exports amounted to 108 million euros. This time, the Camalli succeeded in blocking the shipment. However, tons of weapons and military equipment have been loaded and shipped to Saudi Arabia in the past. The last example was a load of bombs produced in Sardinia by the German multinational Rwm, last December.

The Italian governments of the past several years (from right-wing to the centre-left, including the Lega-M5S current government) were totally silent about this. They know that Saudi Arabia is involved in imperialist aggression against Yemen, but a deal’s a deal…

The Camalli in Genoa have set an example. When the working class moves, it can hamper the plans of the imperialists and of the multinationals far more than a thousand petitions by liberal NGOs calling for “peace”. As one banner in Genoa said: “war on war” – the class war is the only force that can stop the imperialist war. It can be done. It was done!