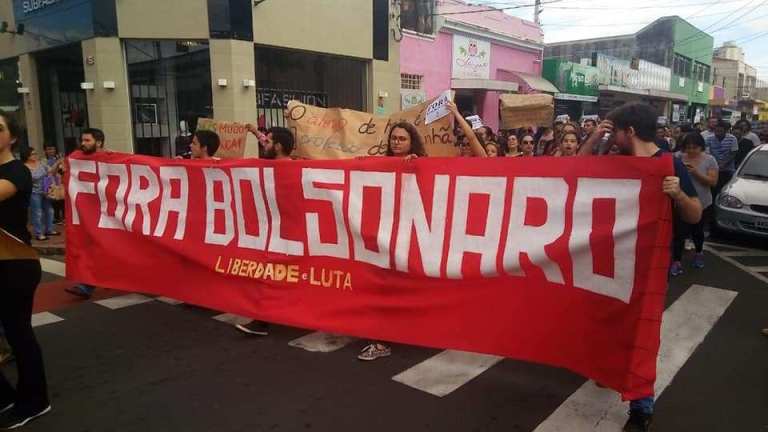 The massive, marvellous and militant demonstrations on 15 May all over Brazil struck a blow against the already unstable Bolsonaro government. Protests took place in over 200 cities across the country and more than 1.5 million young people and workers took to the streets.

A loud cry heard in many different demonstrations was "Fora Bolsonaro" (Bolsonaro Out) (see videos and photos below). It is worth remembering that Esquerda Marxista (Marxist Left/IMT in Brazil) has for some time presented the need to raise this slogan, while leftist leaders of different shades were against it (at least until 15 May).

In a branch of the teachers' union of the state of São Paulo (APEOESP), the comrades of Esquerda Marxista defended the inclusion of the slogan Fora Bolsonaro in the struggle against the pension reform. Activists of the PSTU (Unified Workers’ Socialist Party), PCB (Brazilian Communist Party), Resistance (a tendency within PSOL, the ‘Socialism and Liberty Party’) and Trade Union Articulation (PT - the Workers’ Party) argued against. On 14 May, on the eve of the demonstrations, Valerio Arcary, leader of Resistência (Resistance), said in a Facebook post: "It is still too early to agitate for Fora Bolsonaro." Once again, the masses were to the left of the leadership.

Esquerda Marxista, before Bolsonaro's inauguration, already said that this would be an unstable government:

"The bonapartist candidate is entering into a government in the midst of an economic crisis that he cannot solve and that will provoke an explosion of class struggle". These words were written on 16 November 2018, first part of the Political Report to the Esquerda Marxista National Conference.

Less than five months of Bolsonaro’s government were needed to prove the accuracy of our analysis. Bolsonaro's popularity has melted away. The splits inside the government are accentuated, with open conflict between the military wing of the party and the "olavistas" (followers of Olavo de Carvalho). The military lent Bolsonaro some political legitimacy by entering the government, but their exit would be disastrous for Bolsonaro. The same happened with the entrance of federal judge Sérgio Moro as Minister of Justice. In order not to lose the former judge of the Operation Car Wash case (Lava Jato), Bolsonaro went ahead and guaranteed him the first vacancy that arises for the Supreme Federal Tribunal.

The bourgeoisie itself, which was already impatient with the ensuing errors and incompetencies of the new government, is further distancing itself from the president and has been increasingly critical of Bolsonaro's talent for generating confusion.

When the protests had already grown to a massive size, Bolsonaro declared from the US (where he was visiting Washington) that the demonstrators were "useful idiots" and a "mass of manoeuvres." Today, contrary to what can be seen in videos and photos, including those from the mass media, he said that in the protests he had only seen "Free Lula” banners. Bolsonaro tried to convince his entourage that the big demonstrations were nothing more than people manipulated by the PT. The reality is more uncomfortable for Bolsonaro, for the bourgeoisie and for the meek leadership of the proletariat.

What was seen yesterday was yet another outburst of discontent from the bottom of society. It was unleashed by the 30 percent cut to public education, but to remember a motto of June 2013, yesterday was not just about the 30 percent cut. We are not yet experiencing the same situation as in 2013, but developments in the coming days are unpredictable. The truth is that what started on 15 May is definitely not over.

The world is boiling over with tension and Brazil is too. As part of the international crisis of capitalism, the national economy is stagnating. Unemployment continues to grow, with more than 13 million people looking for work. The Bolsonaro government, servile to financial capital, to bankers and to imperialism, advances in privatisations, seeks to destroy pensions, attack education and science, and preach obscurantism and ignorance. This is what the decay of capitalism offers, that is what generates indignation and malaise among the oppressed majority, exploited and humiliated by this system.

However, it is possible to overthrow Bolsonaro and open up a revolutionary situation in Brazil. Under pressure from below, the UNE (National Union of Students in Brazil) called for new mobilisations for 30 May, the trade unions have already called for a general strike on 14 June, a call which is now gaining momentum. Despite the brake imposed by the leadership, the grassroots determination to fight could make the situation overflow, as happened on 15 May. The struggle and debates continue in schools and universities; assemblies are taking place to organise the continuation of the struggle against the cuts; and the working class could enter decisively onto the political scene in the fight against the pension reform. It is necessary to strengthen the revolutionary organisation capable of helping the proletariat to find the way to victory. Come and discuss with us, join the Esquerda Marxista.

Free public education for all! Against the cuts to education and science!

Down with the pension reform!

For non-payment of debt!

Videos from the demonstrations: 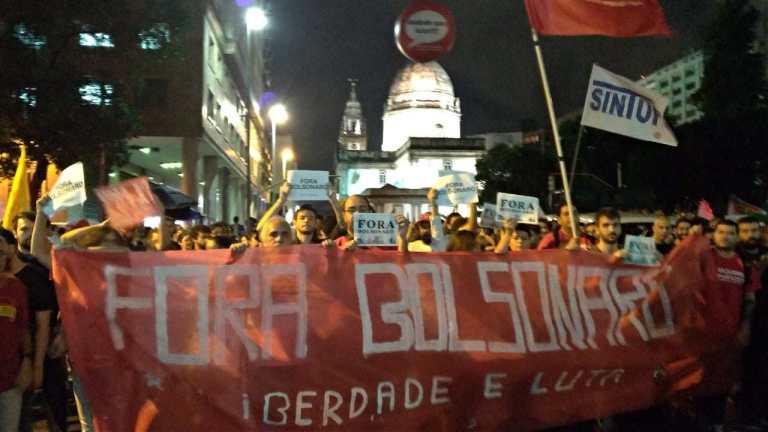 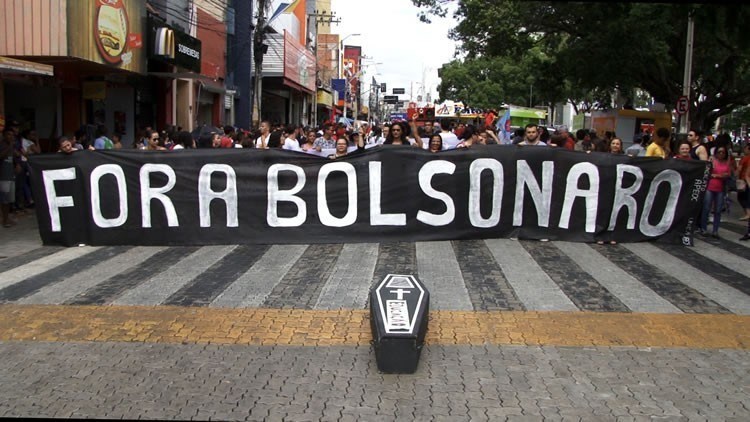 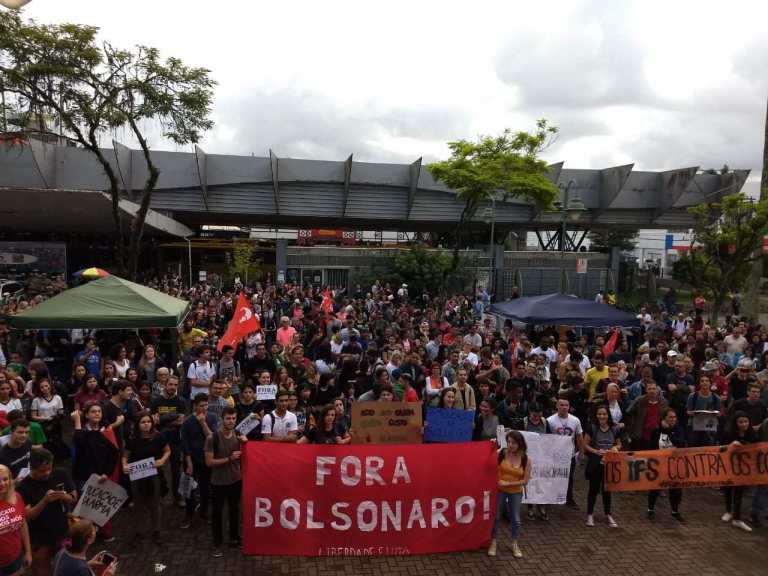 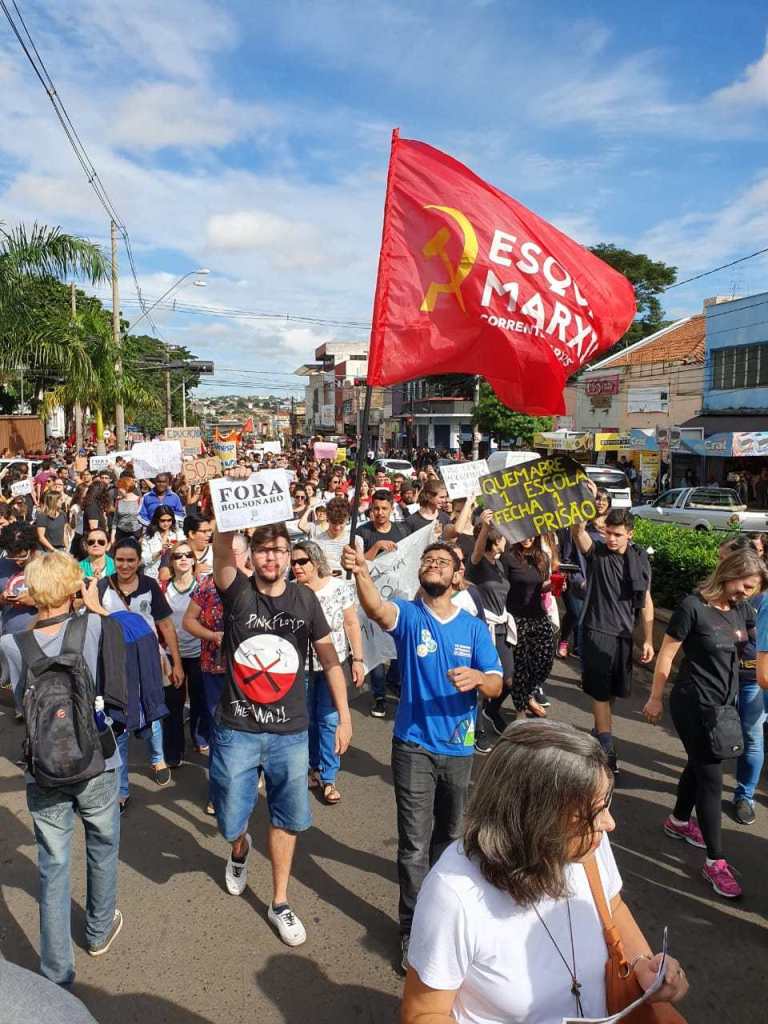 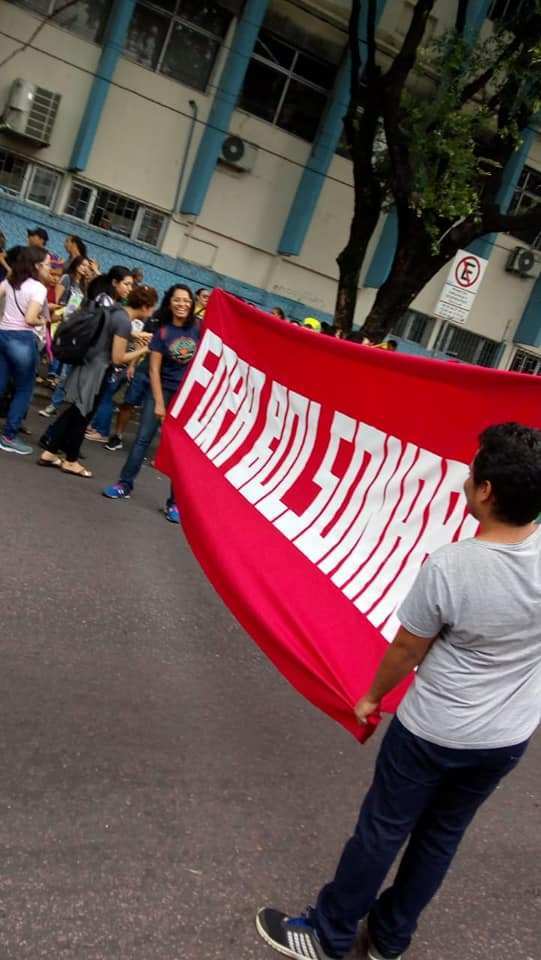 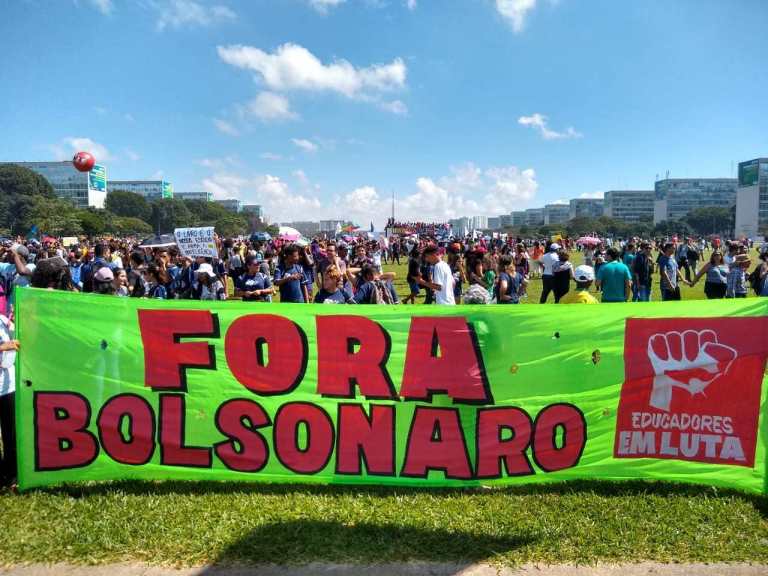 Videos from the demonstrations: