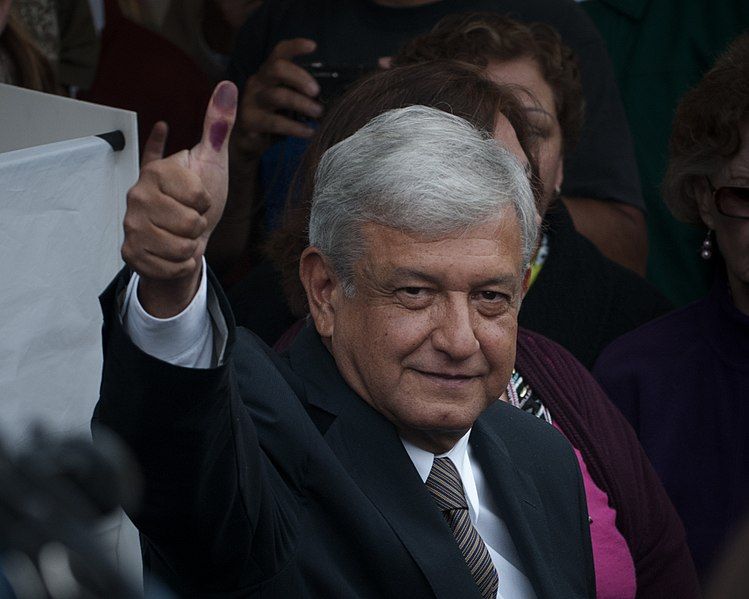 Yesterday, on 2 July, there was massive participation in the Mexican general elections, in which there were 18,229 public positions at stake. However, by far the most important was the presidency. With more than 89 million voters registered, the level of participation – according to the available data – was one of the highest in the history of Mexico.

A political and social earthquake occurred in the victory of Andrés Manuel López Obrador (AMLO) of the MORENA party. The oligarchy and imperialism, who have always been accustomed to ordering and being obeyed, are now faced with a government that challenges them; a government that says it will separate economic and political power, and prioritise the poor.

The journey that brought us here

The road to these elections has been brutal. The national oligarchy has demonstrated clearly that it does not trust AMLO. It launched a media campaign, consisting of videos, appeals to the public and articles in the press saying that a vote for MORENA would mean turning Mexico into Venezuela.

Furthermore, 130 politicians were assassinated in the lead-up to the elections, alongside other instances of electoral violence including the robbing of polls by armed gangs. We also witnessed widespread buying of votes with ‘gifts’ such as domestic appliances and construction material, and mailing millions of letters in an attempt to sway people’s decisions. This race was not a “civil affair”, as the representatives of ‘bourgeois democracy’ have tried to present it, but a complete farce. Bourgeois democracy (voting every few years for the people who get to rob you and govern you) is inherently limited and used as a mask to cover the dictatorship of the rich.

Nevertheless, the bourgeoisie never hesitate to break their own laws and curb their ‘democratic’ processes should they feel their interests are under threat.

The real reason for this situation is the brutal economic, political, social and security crisis that the parties of the oligarchy and imperialism have created. This crisis has resulted in more than 300,000 assassinations, in addition to disappearances, brutality towards women, and the displacement of thousands due to armed conflict and unbearable misery. This period has been a school of hard knocks for the working class, youth, women and the poor peasantry. As a result, the hysterical smear campaign increased the votes for AMLO instead of decreasing them: the cynicism of the bandits has only encouraged the masses to reject them.

Without a doubt the victory of AMLO is a truly political earthquake. This is the first time that MORENA has presented itself in presidential elections as a party, and out of nine important cities, they’ve managed to win five (Mexico City, Veracruz, Morelos, Chiapas and Tabasco) came close in two more (Puebla and Jalisco). It is likely that both the Senate and the parliament will have a good percentage of candidates from the MORENA-led coalition, Together We Will Make History. 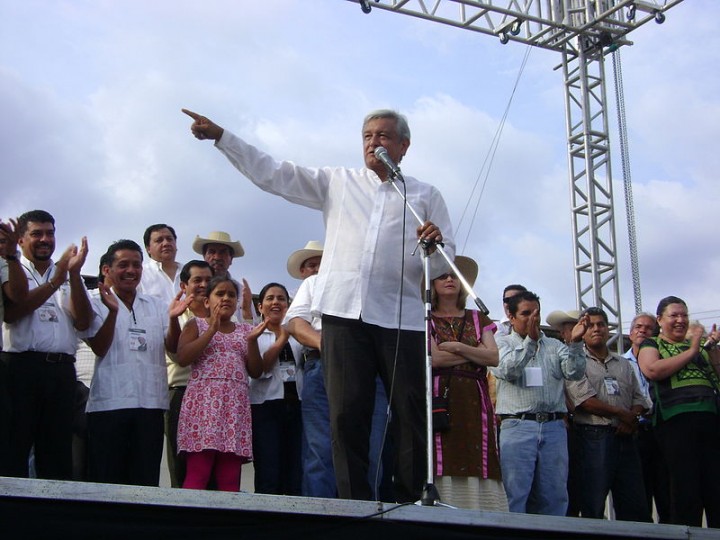 Without a doubt the victory of AMLO is a truly political earthquake / Image: Emiglex

The second thing to highlight is the dramatic decline of the traditional parties of the bourgeoisie: PRI, PAN and PRD. The PRI will achieve one of the lowest vote shares in its history. It was PRI that came out first to publicly recognise its defeat. The consequences of this result will rock the entire structure of the PRI, which could even break up.

PAN is also suffering a tremendous political crisis. A day before the elections two members of its political leadership were expelled for denouncing the corruption of its presidential candidate, Ricardo Anaya, which is only the tip of the iceberg. It is likely that the crisis will deepen, ending up with more expulsions and maybe even Anaya in prison.

Regarding PRD, we are observing their last moments as a national political party. This party, which was formed in the heat of the struggle against the 1988 electoral fraud, which sacrificed more than 600 martyrs to create a tool of class struggle, has ended up as a left crutch for the most rancid elements of the right wing and it has signed its own death sentence.

The victory of AMLO will be felt in all the political and social organisations of the country. In many of them we will observe discussions, rapprochements and splits to define their position with respect to the new government. Not only the left-wing organisations, but also the representatives of capitalism will attempt to adapt to the new government.

A path for the class struggle

It’s worth mentioning that the regions that gave most support to AMLO were the south and south-east, areas that have a long tradition of militant struggle. The region with the second-highest vote for AMLO was the central area, containing Mexico City, which has also been one of the bulwarks of struggle in the last period. In areas where the right had previously dominated, even in narco areas, AMLO has wiped them all out. There’s a lot of confidence and political capital accumulated in the hands of AMLO for the upcoming period. 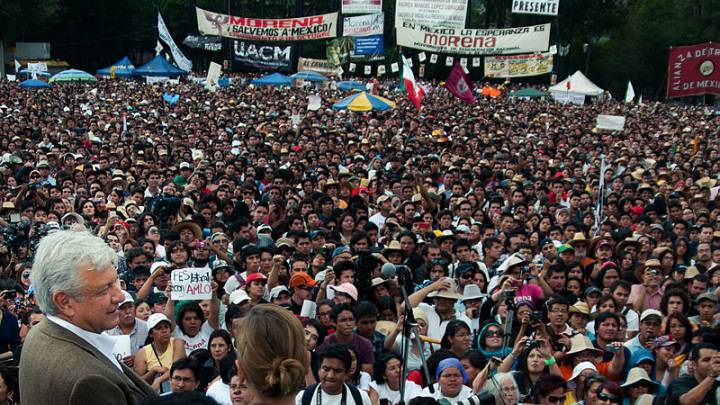 Millions of people will now put the government’s reformist programme to the test, which in turn will create possibilities for revolutionary tendencies / Image: Eneas De Troya

This political capital can be employed in two ways, because the margins for action are very narrow. On the one hand, all this support can be translated into mass mobilisations to transform the country from top to bottom (this is what AMLO has promised). This would mean ending Mexico’s dependency, in all aspects, on American imperialism and the rapacious oligarchy that has under its control all trade and natural resources of the country, which has exploited the working class without hindrance and has imposed counter-reforms that have eliminated all the gains that were achieved in the past. On the other hand, AMLO can use his support to hold back the mobilisations of the masses and maintain the exploitative regime that we currently have.

AMLO has said that his struggle is against corruption; that by solving this problem, coupled with the implementation of “republican austerity” (cutting the salaries of the top civil servants and government officials to raise the wages of teachers, nurses, doctors and so on), the state will have enough money to invest in social programs. We fully support economic assistance for old people, education for the youth, scholarships, social security and so on. The problem is that in all Latin American countries where a “democratic” or reformist government has been formed, the imperialists and the oligarchy have prevented even minimum reform. This is the fundamental contradiction, necessitating a mass, organised movement.

In these struggles, millions of people will put the government’s reformist programme to the test, which in turn will create possibilities for revolutionary tendencies. Without a shadow of a doubt the victory of AMLO opens up a new period of class struggle in our country. The elections were the first round, in which the masses won. However, things don’t end here; in reality they are only just beginning.