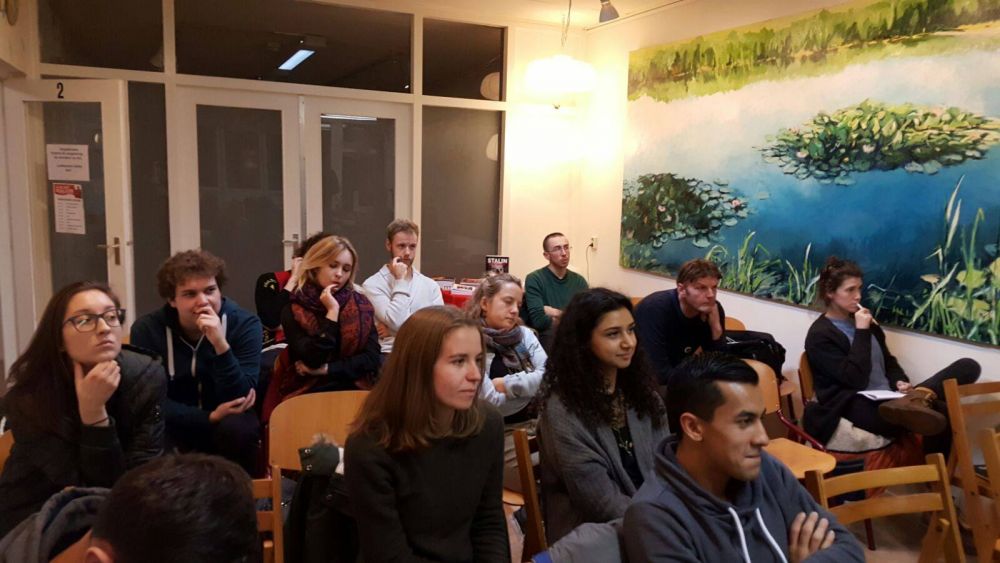 The IMT Netherlands organised its very first day school to celebrate the special occasion of the 100th anniversary of the October revolution. The day school was held in the city Utrecht and started in the morning around 10am, and lasted until 6 in the evening. During the sessions more than 20 people participated, including many fresh faces. Most were very new to the ideas of Marxism, and afterwards we received great feedback about how inspirational they found the day. 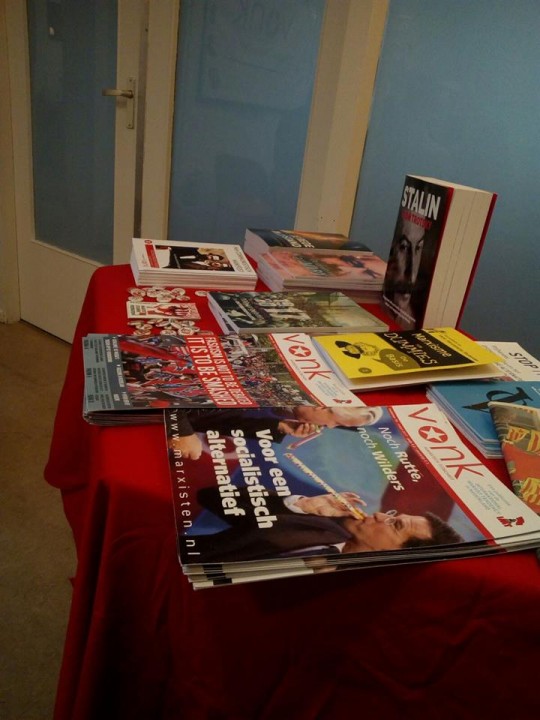 Materials at the Dutch October school / Image: own work

We started the day with a leadoff on ‘Who were the Bolsheviks?’ by Kyle Michiels from the Belgian section. He spoke about how the Russian Marxists originally came from the populist Narodnik movement, from a small layer that saw the dead-end of their terroristic approach. Pioneers like Plekhanov turned to the working-class and founded the Russian labour movement. Kyle expanded on the split between Bolsheviks and Mensheviks in 1903, the different stages of development of the party, its role in the October Revolution and finally its destruction by counterrevolutionary Stalinism in the 1920s and 30s. Many found this a very useful introduction to the rest of the day, with good questions asked on the approach of the Bolsheviks and how this relates to present day work by revolutionaries. 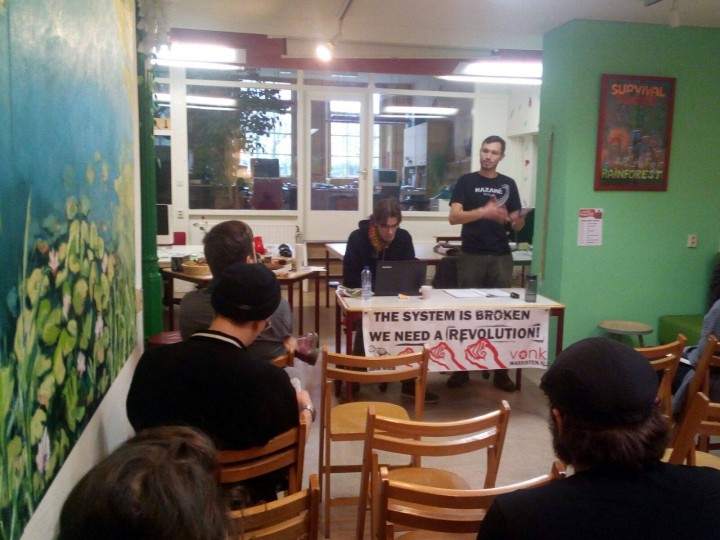 The second session was by Zowi Milanovi, editor of the Dutch IMT magazine Vonk, who spoke on ‘The Lessons of October’. The lead-off was on how the Russian Revolution was prepared, and how it developed from the February Revolution to the October Revolution. There was an emphasis on the necessity of the revolutionary party as subjective factor, which through flexible tactics can obtain a leading role in a revolution. The Bolsheviks gained authority through patient explanation of their ideas and by using the tactic of the united front, to win a leading role in the Soviets and take power on that basis. The absence of this party has historically led to many defeats. As questions were asked on the theory of the Permanent Revolution, on the failure of the German Revolution, on reformism and imperialism, it certainly was a high-level political discussion.

After lunch the second half of the day started with the third lead-off by Lubna Badi on ‘Women and the October Revolution’. It discussed the Marxist approach to the women's question in general, and the role of women in the October Revolution and the achievements of the revolution in particular. Many found it very revealing and were impressed by the role women played and the achievements of the revolution. The discussion was very wide-ranging, covering such topics as the difference between Marxism and Feminism to the contribution of automatization in the liberation of women. 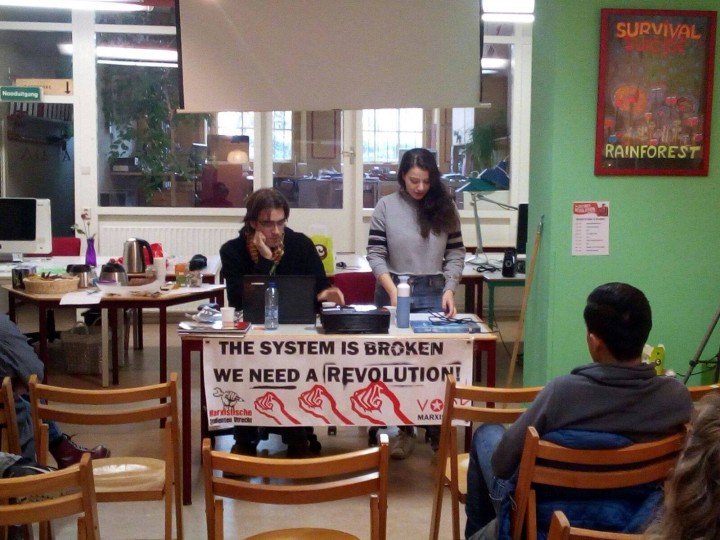 Lubna Badi on Women & the October Revolution / Image: own work

After all the leadoffs, it was time for the screening of the new IMT documentary, Leon Trotsky - The Life of a Revolutionary. It was very well received by everyone.

Eventually the day concluded with a final speech by Zowi Milanovi on ‘Why we need a Revolution’. He explained the economical and political turbulence of present situation, from which even countries as the Netherlands cannot escape, and why it is essential for us as revolutionaries to educate ourselves with Marxist ideas to prepare for the revolution and guide it into victory!

All in all, the weekend was a great success. Not only were many aspects of the Russian Revolution covered, the discussions were of good political level, but also we had a great number of attendees and raised more than 200 Euros. For the Dutch IMT section this is certainly a great achievement. We are very happy to have inspired these young people with the ideas of Marxism: the tools we need to do to change the world.