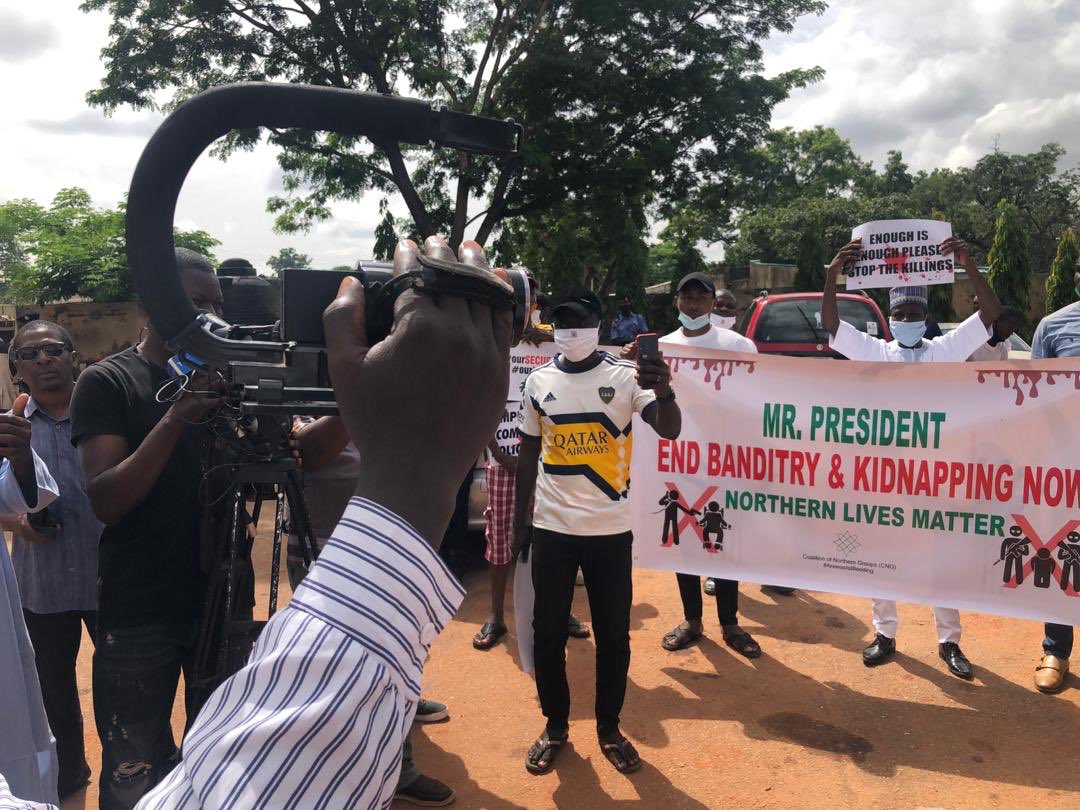 As Nigeria is battling with the coronavirus, the merciless bloodshed going on, especially in the northwestern part of the country in recent times, is exacting a much larger human toll. 5,000 people, mostly women and children, have been displaced in the Faskari, Batsari and Dandume Local government areas of Katsina state, the home state of the current Nigerian president Muhammadu Buhari. In just a week, over 100 people are reported to have been maimed in these communities.

On 28 May, a terrifying video of a bandit attack in Sabon Birni, a district of Sokoto state, went viral on social media. The video shows multiple corpses on the ground covered in blood. On that day, 82 people were killed and many others ran for their lives into the bush as the few security personnel could not mount any resistance against the bandits. The bandits were said to be seeking reprisals after the police killed two of their men. According to sources in the village, hours before the attack, the community people alerted the police, but they only arrived after the bandits were done with their massacre.

Also on Sunday night, the Kware village of Zamfara state was razed, after motorcycle-riding gunmen attacked, killing over 30 people. The attack came just three days after bandits killed 32 vigilance group members at a checkpoint set up by locals. This has been an everyday occurrence in Zamfara state for the last five years and it is getting worse by the day.

Nigeria has been battling with insecurity ranging from the Niger-Delta militants to Boko Haram fighters in the northeast. But it is in the last five years that Nigeria began to see an explosion of such forms of bandit terror. Nigeria’s rotten capitalist system has destroyed livelihoods and pauperised large layers of the masses across all regions of the country, whether it is in the form of multinational corporations rendering farmlands uncultivable in the Niger Delta region or large numbers of uneducated and hungry youth in the Northern region clinging to Islamic fundamentalism.

Niger Delta militancy and the Boko Haram insurgency arose from such conditions created and sustained by the degenerate ruling class of Nigeria. In addition to these objective conditions, the bourgeoisie across the country often exploit the lumpenised petty bourgeois to divide especially the poor and oppressed along ethnic and religious lines. Often this alliance between the bourgeoisie and the lumpenproletariat means the former funding and arming the latter to the extent that such militias overwhelm the country’s armed forces and the police.

The so-called banditry in the northwest region arose out of similar social circumstances. Nigeria is now the poverty capital of the world, with almost 100 million people living below the poverty line, of which 80 percent are from the north. In the northwest of Nigeria, where the crisis is prevalent, six in every 10 children are stunted as a result of malnutrition. One out of every five out-of-school children in the world are in Nigeria and mostly from the north. Access to healthcare is very limited. Banditry is just a reflection of this reality of an abandoned people with a very bleak future.

So who are these bandits and what do they want? I had the opportunity to have a conversation with one of the bandits who claimed to have repented. From the conversation I had with him, I understand that these are Fulani herdsmen that live in the heart of the Rugu forests, which share borders with Katsina, Sokoto, Zamfara, Kaduna states and some parts of the Niger republic.

The forest, according to the repentant bandit, has in it thousands of small Fulani settlements, living with no basic amenities, such as potable water, schools, hospitals or even electricity. He added that whenever they come to the nearest town for business activities, maybe to sell their cows, the police connive with some market people to threaten them and sometimes detain them for no reason until they sell their cows to pay for bail, which is supposed to be free in Nigeria. 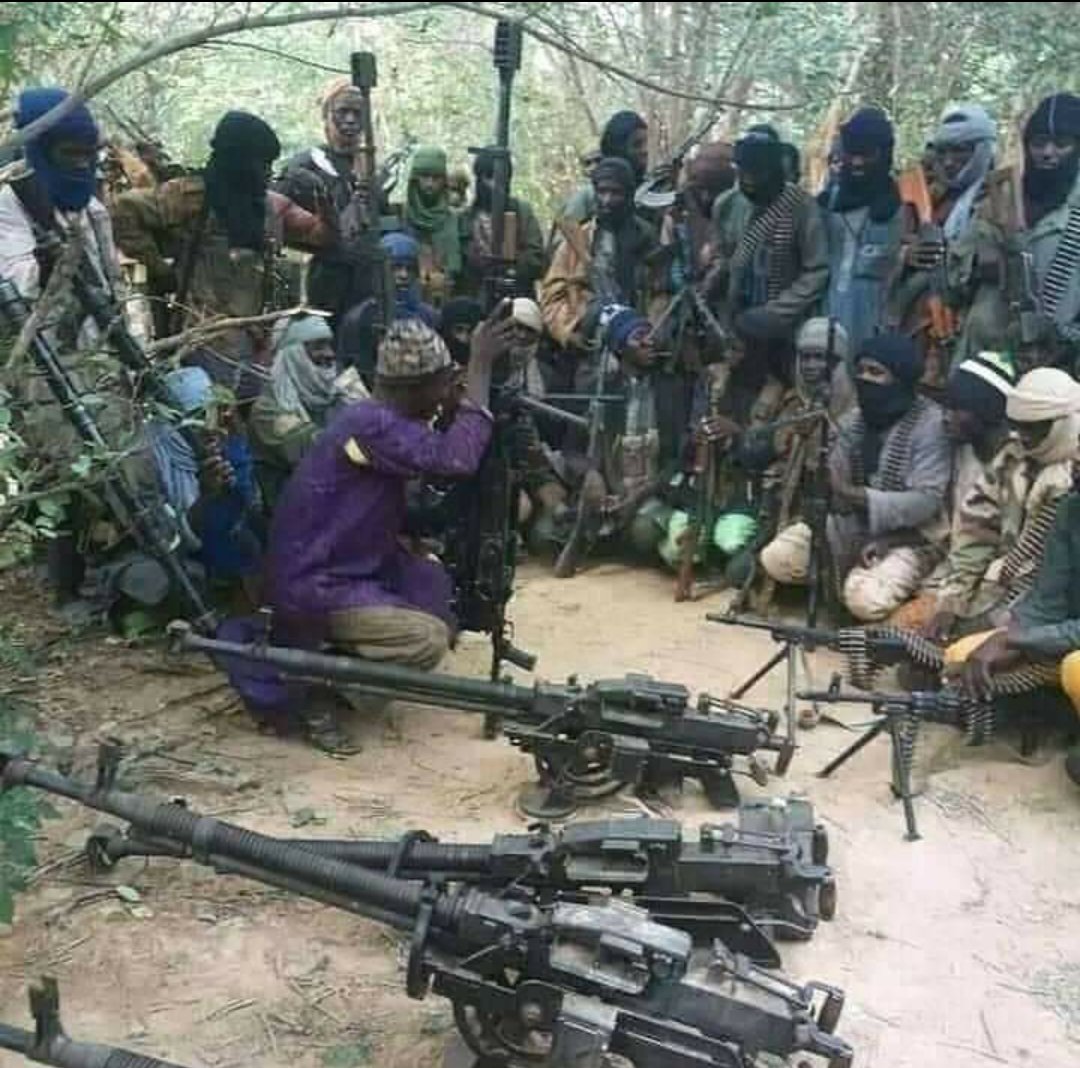 Heavily armed bandits, consisting of lumpenised herdsmen, riding in motorcycle gangs 100 strong, have become a dangerous menace for villagers in the north. They're a product of a rotten system / Image: fair use

He said, initially, there were was a dispute after some of the herdsmen’s cattle happened to graze close to farms belonging to locals, which resulted in clashes, and some of the herdsmen ended up being arrested. These continuous arrests and extortion by the security forces led many of the herdsmen to switch from cattle rearing to kidnapping and now to raiding villages and stealing innocent people’s property. The origins of the criminal lumpenproletarian herdsmen are no different from that of the criminals in the towns and cities all over the country. The bandits do not spare fellow Fulani herdsmen, whom they often extort, and whose cattle they rustle.

The cosy relationship between the bandits and sections of the bourgeoisie in the northern region has turned the former into a much deadlier force than an ordinary criminal gang. Many leading politicians in the ruling party in Nigeria, including the president, were known to openly support the herdsmen by virtue of their being Fulani and Muslims. Some state governors, such as those of Kaduna and Katsina, went as far as holding reconciliation meetings and offering monetary compensations for their loss of lives and cattle.

Just like the Niger Delta militants and Boko Haram, the bandits are tied by an umbilical cord to the rotten bourgeoisie. This bond between banditry and the bourgeoisie is especially obvious in Katsina State. When youth began grouping themselves to protect their loved ones with inferior weapons, the Katsina Governor, under the pressure from the bandits and as part of his reconciliation efforts, announced the banning on all vigilante activities in the state. This paved the way for the recent attacks that left many towns soaked in blood. The insecurity has reached a level that these bandits move around in hundreds, all armed and on motorcycles, from one local council to another without any resistance from the security forces.

We have been seeing examples of protests in communities affected by this. But with the recent movement of the #blacklivesmatter protest in the United States, Nigerian youth began a massive mobilisation for a peaceful protest against the continuous attacks in the northwest region with a similar slogan, #Northernlivesmatter. The government, sensing a serious threat of a total breakdown of the system, has begun mopping people up silently by arresting and detaining the organisers after the first massive protest in Katsina state, thinking this could prevent further scheduled protests, not realising that this is a spontaneous effort. Security chiefs who have always benefited from similar crises in the country arrived in Katsina a day after the protest and had a closed-door meeting with the state Governor, a gesture aimed at showing a sign of action in order to douse the tension among the protesting youth.

The spontaneous ♯Northernlivesmatter protests and the self-defence committees of farmers are significant steps organised by the youth and poor under their own initiative. But the ♯Northernlivesmatter movement needs to be protected from two dangerous trends. The first is northern chauvinism and nationalism that alienates workers and youth from other parts of the country. This is an especially dangerous trend because some of the petty-bourgeois activists in the north feel the Buhari regime has been giving the southern region, especially the southwest populated by the Yoruba ethnic group, preferential treatment. In a sense, ♯Northernlivesmatter represents a rebellion against such preferential treatment.

The reality, however, is that the regime does not care about all lives in as far as they are poor; it matters little if they are southern or northern, Muslim or Christian, Hausa, Fulani, Igbo or Yoruba. The spirit and essence of the movement should, therefore, be ♯Poorlivesmatter. The second dangerous trend in the ♯Northernlivesmatter movement is the illusion that the protests can trigger serious action by the ruling bourgeoisie and the security apparatus to deal with banditry. The rank and file of Nigeria’s standing army and other security forces are ill-equipped, poorly paid and demotivated, while the top military and security hierarchy smile all the way to the bank, enriching themselves from the very funds meant to secure the lives of the citizens.

The spontaneous self-defence committees organised by rural peasantry need to also include other Fulani herdsmen who are victims of cattle rustling from the same bandits. The organised labour of the NLC and TUC and their affiliates need to ensure the formation of such multi-ethnic self-defence committees. The class independence of this self-defence initiative needs to be ensured through an alliance with the rank-and-file security forces, which cannot be ruled out.

The final solution to banditry and other security crises such as the Boko Haram insurgency lies in overthrowing Nigeria’s primitive bourgeoisie and reconstructing the country on a socialist basis. This would ensure that the self-defence committees of peasants, workers and youth, under the leadership of the working class, could bring the massacre of the poor to an end.

Nigeria has an abundance of wealth. It is one of the world’s top oil producers, and yet its people live in abject poverty. The conflict between the herdsman and the farmers has also been exacerbated in recent years due to phenomena such as growing desertification and climate change. This has meant that people who in the past were able to make a living from the resources available, are now being forced to fight over diminishing agricultural resources. Those who suffer are the poor on both sides of this divide, while the rich get richer and consciously foment division among the people below.

Although the military defeat of banditry and other barbaric criminality may be temporarily achieved through self-defence committees of the rural poor and workers, the underlying causes of the violence can only be addressed by taking over the wealth of the country and using it to the benefit of the people as a whole. This means the labour movement and youth need to take up the call for the nationalisation of the commanding heights of the economy under the democratic control and management of the workers, together with abolishing the fat salaries and allowances of the top bureaucrats and political office holders, so as to free up resources for the provision of quality health and education at all levels, as well as the development of infrastructure, agriculture and industry. The only way of achieving all this is via the socialist transformation of Nigeria, as part of a socialist Africa.