Details
Our correspondent in Kashmir
05 August 2020 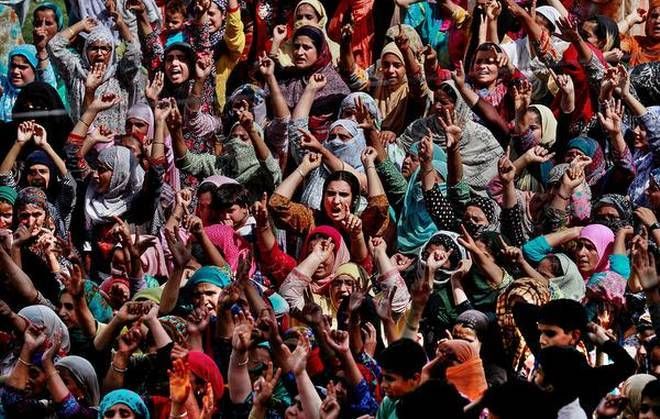 A year ago today, the Indian government led by the right-wing Hindu Nationalist Bharatiya Janata Party (BJP) revoked the special status of India’s only Muslim-majority state of Indian Occupied Jammu and Kashmir by abrogating Article 370 of the Indian Constitution, and divided the state into two federally controlled Union Territories. What is the situation today?

Article 370 bestowed the state with complete autonomy and successive Indian governments since the 1950s had begun its partial erasure, but some of the crucial parts that remained were finally revoked. Until last year, the state of Kashmir under Article 370 was allowed to have its own flag, a legislative assembly and a constitution, and prohibited any outsider from buying land in the state. All these were considered as safeguards against any full integration of the state into India, given its disputed nature. These were the last remnants that actually expressed the disputed nature of Jammu and Kashmir.

After striking down the article, the Indian government’s malicious intentions were expressed through several laws that it enforced in the state. Land grabs and taking away resources and authority from local Kashmiris have been the main focus of the Indian government until now. It has now changed the domicile laws as well, giving non locals the right to buy land in the state; providing incentives to armed forces to reside in the state after retirement; and also giving them the right to arbitrarily categorise any part of the state as a strategic location to build military infrastructure that excludes civilians. Resources like forests and mines have been allocated to non-locals, rendering thousands of youth jobless.

Since the abrogation there has been a complete lockdown in the state. The whole of Kashmir has been under curfew since 5 August 2019, but then the coronavirus pandemic happened and the government converted the curfew into a lockdown. Economic activity has been suspended, students have been shut out of schools and colleges, and people have been locked inside their homes for a full year. The situation is horrendous. Economically, most people here depend on tourism but it has been a year since a single tourist has visited this place. Drivers have been off the roads for a year and have started begging. Journalists, in the absence of access to resources like the internet and mobile services, have left their jobs and started doing manual labour. These are sad stories coming from the whole Kashmir valley under the oppressive Modi regime.

As far as politics is concerned, it is an all-time low in Kashmir. All the leaders of the mainstream pro-Indian political parties, as well as secessionist leaders, have been imprisoned. Right now there is no elected government in Kashmir and everything is controlled by the central government. Also, there is just one local bureaucrat that heads a department and only two local police chiefs that head two districts. All other bureaucrats and police officers are non-locals.

The most worrying aspect for the whole population here is that India wants to change the demography of Jammu and Kashmir. It has brought all these changes to separate the local population from all its economic and political power. Since all political leaders have been behind the bars, there has been no political activity to resist these changes. Though the Indian government maintains that these changes were brought in for the development of Kashmir, we only see destruction. One of the claims was that the abrogation would end militancy and terrorism, but the resulting alienation has only increased it. Another claim was that it would increase tourist flow, but not one tourist has visited here since the abrogation.

The situation is getting worse with time, as healthcare and other basic necessities have become scarce. The lives of the whole population have been brought to the brink. This horrific oppression seems endless and there is no end in sight for the majority of the population.

For a class-based solution to Kashmiri oppression! 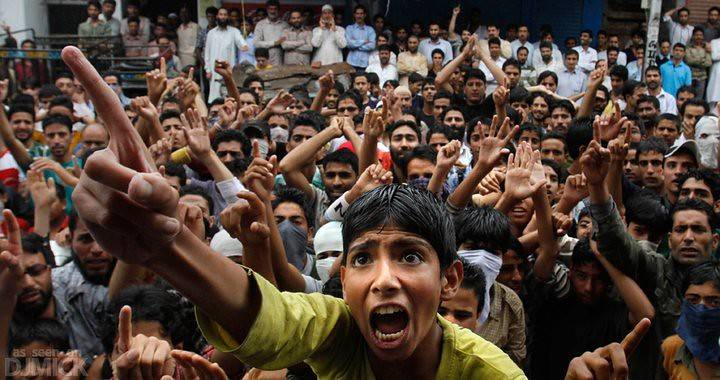 In this situation, discussion of various methods of struggle have increased among the youth and they are recognising the futility of various approaches, including religious fundamentalism and nationalism. The deep crisis of the Pakistani regime and other international institutions have also been laid bare, and no one across the whole world, including the UN and EU, have been able to do anything to stop this horrific oppression in Kashmir.

In this situation, the ideas of Marxism are also being discussed, alongside the Leninist method of linking the struggle against national oppression with that of class struggle. Recently, there have been huge movements against the Modi regime across India, in which millions of people came out to protest against the horrific citizenship act (CAA) being imposed on the whole country by the Modi regime. In these protests and sit ins, the slogan of Azadi ("Freedom") reverberated across the whole country, which was before only limited to Kashmir. Huge general strikes in India have also shaken the country, in which millions of workers have participated and ceased all production, services and movement.

If the struggle of the masses of Kashmir against national oppression is linked with the struggle of the working class of India against the Modi regime, the whole system of brutality and exploitation can be overthrown and freedom for Kashmir can be achieved. This struggle can also be linked with the struggle of Kashmiris on the other side of the divide and with the working class of the whole region. The only way out of this misery is the overthrow of capitalism across the whole subcontinent; the building of a socialist federation that will undo the crimes and partitions of British imperialism, and will be able to get rid of this brutal ruling class of India and other countries of the region.

The struggle of the Kashmiris will not be in vain and will spark movements that will shake the whole region. It is time to build the movement on the basis of the revolutionary ideas of Marxism, and construct a revolutionary party founded on these ideas.