Over the weekend of July 11-12 a hundred comrades from the Sindh gathered on the edge of the beautiful Lake Keenjhar to attend a weekend Marxist School to discuss various aspects of Marxist Theory, as part of the task of forming cadres to intervene in the tumultuous events that lie ahead in Pakistan. 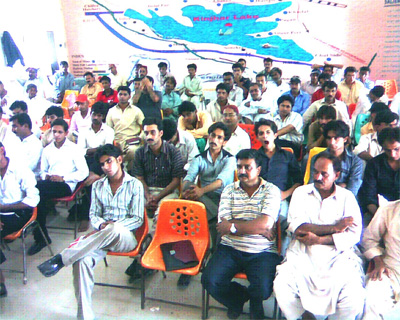 On 11th and 12th July comrades from all over the Sindh region gathered on Lake Keenjhar Lake in the Thatta District to participate in the Annual Marxist School of the Sindh Region. The comrades started to reach the venue on evening on 10th July. This was a long awaited event by the comrades of the Sindh Region, who put all their efforts and enthusiasm into making the school a success.

It was hosted by the comrades of the Thatta and Bathoro branches of the Marxist Tendency, who worked day in and day out to hold a successful School. Comrade Allah Bachayo, Nabi Soho, Anwar Ukeli, Manzoor and others managed the administrative work of the School and hosted more than a hundred comrades.

The School served to take the comrades to a higher level where they started to look at Marxism and its applications with a broader vision. 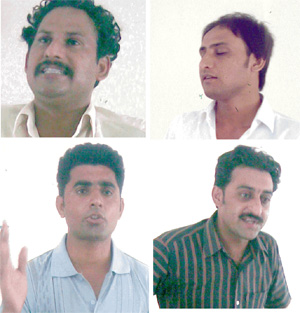 This School was spread over two days and divided into four sessions, two sessions each day. The first session started with an enthralling lead off by comrade Haresh on World Perspectives. Comrade Haresh started to explain the current turmoil in the world economy which has shaken world capitalism to its very foundations. He explained in detail the panic which has gripped the world of fictitious capital. He then outlined the political perspectives which are dramatic for most of the countries of world, especially the developed countries. He also compared this economic nightmare with the great depression of the 1930s, which will mean capitalism is entering a very unstable period, paving the way for International Socialism. This was well received by the audience present in the hall. A number of comrades contributed to the discussion. Comrades Imran, RB, Sharjeel, Anwar Panhwar, GR soomro and Aijaz Bughio extended the discussion further, explaining in detail the current political and economic situation in Pakistan. The discussion was summed up by comrade Haresh, while comrade Nabi Soho chaired the session. 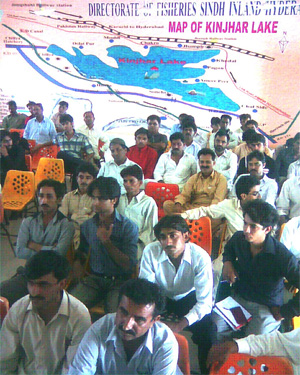 After the lunch break, the second session of the day started. Comrade Zia Zaonr from Dadu delivered a beautiful and profound lead off on "What is Marxism" and its constituent parts. Comrade Zia explained before the comrades the classical concepts of the theory of Marxism, which even to day, is applicable in its original form. He emphasized the need for comrades to study the theory of Marxism because it is the need of the hour. For every revolutionary comrade it is indispensable to know what goes beyond the ordinary political thinking. Then, the discussion opened up for contributions from the floor. Comrades contributed in detail on Marxist economy, Dialectical materialism, Historical Materialsim. Comrades Khalid and Hassan, Suresh, Paul, Zaheer and M.Khan Ahmdani presented before the comrades the revolutionary ideas of Marxist theory and its applications. This session was summed up by comrade Zia Zaonr, and was chaired by comrade Sarfraz. 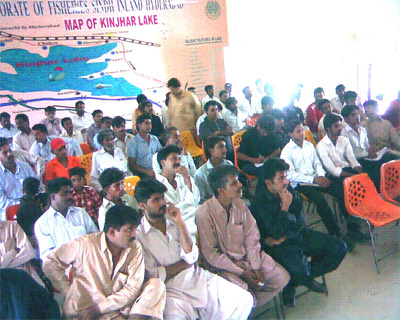 On the second day the first session was on The Theory of Permanent Revolution. The lead off was delivered by Comrade Zafar. There was a lot of interest among the comrades in this session, because the revolutions of the past were constantly betrayed by Stalinism and its theoretical foundations. The world is suffering and this situation has been aggravated by the failures of revolutions around the world. The Theory of Permanent Revolution is a noble work of Leon Trotsky, which is a prelude to the socialist revolution especially in colonial, semi-colonial and neo-colonial countries. This is a prognosis of the constant and permanent spring of revolution which is perpetually re-energized by irreconcilable struggle against class society.

This discussion covered not only theory of Permanent Revolution but also its practical applications and forms of struggle. Comrade Haresh, Imran, Hanif, RB and some others contributed to the discussion. Finally, answering the questions, comrade Zafar summed up the session, expressing the revolutionary determination of the IMT to trigger the process of Permanent Revolution. This session was chaired by comrade Saddam. 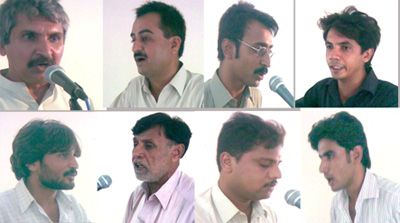 Finally, the concluding session of the school was on the Organization (the History of the International Marxist Tendency and its Current Tasks).

This session was led by comrade Aijaz Bughio. He delivered a highly thought-over lead off on the need of organization in revolutionary movements. He also briefly outlined the history of the various Internationals, their struggle against class society, the contradictions and re-emergence of the Fourth International founded by Leon Trotsky. The section of the IMT in Pakistan, its performance, its strategy to counter the counter-revolution and its recruitment was further discussed by contributing comrades. Comrades Rahul, Suresh, Zaheer, Rashid Lagari, etc., also contributed to the debate. Finally, the session was beautifully summed up by comrade Aijaz Bughio who instilled revolutionary emotion and an irreconcilable will in the hearts of the comrades to fight against class society.

They Danced To the Tunes of Revolution 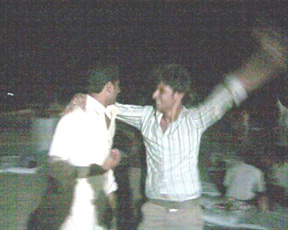 At the end of first day of the School, the comrades celebrated the beauty of Lake Keenjhar. This is the second largest natural lake in Sindh, spread over 72 square miles. When night falls on Keenjhar, its sparkling water turns into a somber and silent ancient pool. From dusk to midnight, in that windy calm night, there were songs of revolution. A local singer was invited to sing the songs of struggle, of the revolutionary dawn of the universe. Comrades of all territories, cultures and values, submerged into a single Bolshevik culture and comradeship, and it was the anthem of revolution which made the hundreds dance and sing. This event brought otherwise distant comrades of different social groups closer together. They were determined that only a socialist revolution and class society can win all such beauties of life to mankind.

On 12th July, when the hall was full with more than a hundred comrades and cadres, comrade Haresh, the Regional Secretary of the Sindh Region, summed up the school with mind-stunning and heart pulling revolutionary emotions. The hall applauded his words when he referred to the fact that what remains now is not our misery, but a victory, the victory of international proletariat, of revolution, the permanent, uninterrupted, irreconcilable struggle against hypocritical bourgeois society. The comrades stood up and sang the Internationale. Then there were slogans of revolution and ancient Keenjhar dominated the scene, with everything else fading into the background.

Singing of the Internationale