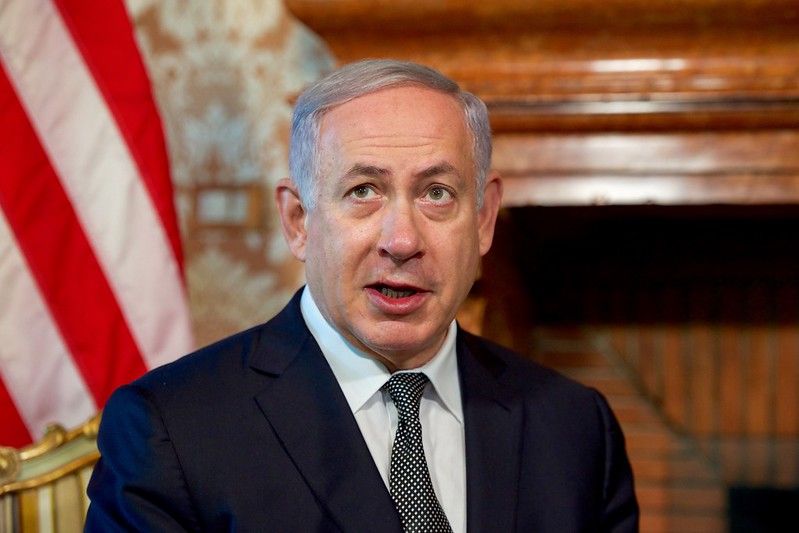 The coronavirus has led to shutdowns, movement restrictions, and shortages of medical supplies and food around the world. However, for one place in the world, this was the norm before the pandemic.The Gaza Strip, already under heavy restrictions and shortages since the beginning of the blockade 13 years ago, now must also contend with the threat of COVID-19.

Despite the Jerusalem Post calling the strip the “safest place in the world” because of its isolation, last Sunday it had its first nine confirmed cases. The virus started in Gaza when two infected men entered the country from Egypt after visiting Pakistan. The Hamas government, in response, has shut down restaurants, wedding halls and Friday prayers in the strip. Approximately 2000 Gazans have entered into self quarantine. Only kilometres away, across the militarised border in Israel, the number of sick has skyrocketed this week to 4,247 with 15 dead. Completely overwhelmed, the Netanyahu government is preparing for a complete shutdown, with non-essential travel already punishable by hefty fines. Life in the West Bank, where residents are long accustomed to enforced curfews and lockdowns, was brought to a halt by the Fatah-led Palestinian Authority and the Israeli governmnent since the first case of COVID-19 was confirmed in Bethleham at the beginning of the month. The occupied province has already had 99 confirmed cases of COVID-19 and one elderly woman has died. Neither Fatah nor Hamas, however, are able to deal with what is coming. With already wretched conditions of life and a near non-existent healthcare system, Gaza and the West Bank will be hit very hard by the coronavirus.

The Israeli state has tried to say that they are concerned about the spread of coronavirus in Gaza. Despite a shortage of COVID-19 test kits in Israel, the Netanyahu administration has committed to sending 200 test kits to Gaza. COGAT (Coordination of Government Activities in the Territories), the military body which coordinates with the PA stated: “Viruses and diseases have no borders, and so prevention of an outbreak of the coronavirus in Gaza [and the West Bank] are a prime Israeli interest.” However, this was contradicted when, just recently, the IDF attacked medical tents setup in Gaza to deal with the outbreak. The Israeli state no doubt hopes to contain any outbreak in Gaza at the border, throwing millions of Palestinians under the bus. This will lead to a massive crisis in the coming months as a mass train of human refugees line up at the Israeli border looking for medical aid.

Meanwhile, inside Israel, all attempts are being made to ensure the Israeli economy survives COVID-19 with minimal damage. 70,000 Arab workers in Israel will be lodging in their workplaces so that they can continue to work in construction and agriculture. The ruling class would rather put these workers’ lives at stake than see a decline in industry. There have been reports of Palestinian workers in Israel testing positive, and instead of recieving treatment, being simply dropped off at the West Bank border.

Gaza’s broken healthcare system has long ago passed its limits. Five years after the onset of the Israeli-Egyptian blockade in 2007, the UN issued a report predicting that Gaza would be considered uninhabitable by 2020. At the start of the year, more than half of essential medicines were at half the necessary supply or completely depleted. There are only 2,895 hospital beds for a population of over 2 million: this works out to 1.3 beds per 1,000 people. The WHO has stated that a minimum of five beds per 1000 people is needed to deal with a COVID 19 outbreak. To make matters worse, the government only has on hand 62 ventilators, 15 of which are already in use. The WHO stated that they would need at least 100 more to handle an outbreak, but that they are completely unprepared to take it on.

Despite this, WHO only offers support in the form of a field hospital of 38 additional hospital beds. Abdelnasser Soboh, the WHO head in Gaza, explained that they are only able to handle the first 100 cases in the event of a slow outbreak. Hamas has created 20 designated quarantine facilities capable of housing 1,200 people. The severity of the healthcare crisis is further compounded by a lack of doctors. While the 2012 UN report said Gaza would need 1,000 new doctors by 2020, they have lost 160 in the last three years as thousands of people flee the strip in search of better living conditions.

This situation is not an accident, but the result of years of devastating attacks by Israeli imperialism, which have reduced the living standards in Gaza and created a gap in living conditions between Palestinians and Israelis living on the other side of the border. On average, Israelis live ten years longer than Palestinians. With COVID-19 looming, these conditions have created an extremely dangerous situation for the entire region.

Trapped in a cage

One of the ways in which COVID-19 spread has been slowed is social distancing. This is a near-impossible task in the Gaza Strip, which has one of the highest population densities on the planet, with 6,028 people per square kilometer. Across the fence in Israel, the population density is a maximum of 500 people per square kilometer. The only place with a higher density is Hong Kong, where there is at least relative freedom of movement. The biggest population centers are the refugee camps, which have disproportionately higher densities than the cities. In the Jabalia camp, 140,000 refugees live in an area of only 1.4 square km. The camp only has three clinics and one hospital. This level of population density, along with the complete lack of any real infrastructure due to the blockade and on-going occupation by the Israeli state, means that there is no way out for Palestinians in Gaza. How can you safely isolate when families, neighbours, friends, cousins are all in the same small home?

Years of imperialist aggression have left Gaza in one of the most vulnerable positions on earth if there is a serious outbreak / Image: fair use

Extreme poverty is rife throughout the territory and there are no jobs. Between 2012 and 2020, official unemployment jumped from 29 to 53 percent, with 67 percent among young Gazans. Even the most basic necessity, safe drinking water, is unavailable in Gaza. 97 percent of the water from the aquifer has been deemed unfit for human consumption, according to the UN. This flies in the face of everything needed to deal with the crisis. Medical equipment, medicine and basic hygiene are necessary prerequisites to deal with any disease, much less a virulent virus like COVID-19. However, in Gaza, we see the exact opposite situation. Any disease will rip through the population, and due to the blockade and occupation, they will be left behind. Often, the situation in Gaza is described as a humanitarian crisis: an unfortunate situation with no solution or cause. COVID 19 is postured in a similar way. But these barbaric conditions are purely the creations of Israeli imperialism and its "democratic" allies in the West. The horrors that the coronavirus will unleash amongst the Gazan people will be their doing as well.

The occupation and the Israeli State

Years of imperialist aggression by Israel, supported by US and European imperialism, have left Gaza in one of the most vulnerable positions on the planet if there is a serious outbreak. The workers of Gaza have been caught in a struggle between imperialism and competing bourgeois nationalist factions, such as Hamas and the PLO, which have failed to provide any solutions.

The Israeli State has restricted access to food, electricity and medical supplies to the Palestinian people. They restricted dual use items for hospitals and water sanitation equipment, which will weaken any response to COVID 19 significantly. This is nothing new, as the blockade has prevented humanitarian aid for years. Even doctors treating the wounded in the recent March of Return protests have been indiscriminately shot by the IDF, such as one Canadian doctor from London Ontario. COGAT has stopped all entry into Israel from Gaza/WB. Despite this, a senior official in the Palestinian Ministry of Health told Israel Hayom on Sunday that there is major concern that, if the virus spreads in Gaza and the already fragile healthcare system collapses, “thousands of Palestinians will try to reach the Israeli border." The blockade has even led to an exodus of medical workers, making the recommendation of 300-400 doctors to handle an outbreak a utopian dream. This presents a serious humanitarian crisis, as potentially hundreds of thousands of desperate Palestinians could seek asylum and medical help in Israel itself.

At the same time, Palestinians cannot look to their national leaders to deal with the crisis. The bourgeois leadership uses the suffering of the workers to undermine their political rivals. The Fatah-led Palestinian Authority contiues to sanction Gaza, preventing essential medical supplies from reaching patients. In essence today, Fatah is nothing but the agent of Israeli imperialism, acting as the prison warden of the Palestinian people. Hamas, which has long been at loggerheads with Fatah, has now called for “Palestinian unity”, hinting at some sort of cooperation with Fatah in return for lifting the sanctions on Gaza. But this unity of the two wings of the Palestinian bourgeoisie has nothing to offer the Palestinian people.

For decades, the Palestinian bourgoisie has worked hand in hand with imperialism and sold the workers out in exchange for a part of the fruits of the exploitiation of the Palestinian masses. This dates back to the Oslo Accords, which were a wholesale betrayal of the Intifada movements. By refusing to break with Capitalism, the Palestinian leadership has led the masses down a blind alley. In this, they were supported by Arab rulers, who for all their talk about Palestinian liberation, always united with the Israeli ruling class in action. Hence, the conditions of the masses have never been worse. With COVID-19 spreading, this process will only accelerate.

While the PA has entered into a state of panic, declaring a state of emergency and committing to little action, the workers have shown that they can lead themselves. In Bethlehem, the epicentre of COVID-19 cases in the West Bank, 3,000 workers have organised into an emergency committee. The Palestinian workers have a long revolutionary tradition of organising themselves into councils, dating back to the First Intifada when their leadership similarly failed them.

The councils must appeal to the Israeli working class, which is similarly suffering from a lack of funding for healthcare, despite obscene wealth existing in their society. As the crisis deepens in Israel, mass dissatisfaction will rise. Thus, sooner or later, the room will also open up for Palestinean masses to link up with the anti-establishment mood in Israel for a united front against the Isrealie ruling class.

The health crisis has led to some people calling for unity between Palestinians and Israelis. But what does that mean? Unity between the Israeli ruling class and the Palestinean people? The only unity there can be is between the workers and poor of Israel and Palestine, who will be asked to pay the price for the health crisis the capitalist system created.