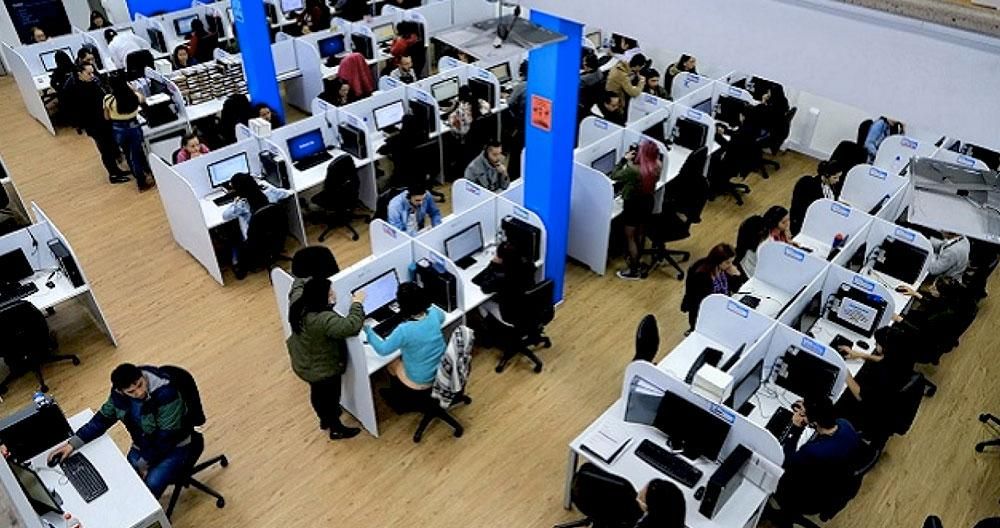 Last Sunday, 29 March, the Official State Bulletin (BOE) published a decree stating that productive activity was restricted further. The government talks of the “ceasing of all non-essential activity” aiming to reduce mobility during weekends but is productive activity really reduced to the indispensable minimum?

Read the original in Spanish here

Although this Sunday’s decree is more restrictive than the draft published a few days earlier, it is still insufficient for the collective interest. Many non-essential companies will be able to keep production going. Furthermore, the ambiguous wording of the decree will allow many other companies from broad sectors to slip through the loophole.

This is the case for telemarketing, included within the telecommunications sector. Everybody knows, except for the government and big businesses, that during lockdown it is absolutely needless to ask thousands of workers to go to their workplaces to make phone-calls offering people their latest products. Workers have been demanding the shutdown of this sector’s workplaces and denouncing the lack of security measures since the first day of the state of alarm. This lack of extreme measures has caused the number of coronavirus-related casualties to shoot up; just yesterday we found out about the death of a female worker from this sector caused by this disease. Still, the bosses maintain their stubborn attitude to keep activity going, and only the workers struggle has managed to achieve a partial adjustment of this sector to make remote working a possibility.

If that was not enough, during the last public address of the Spanish government in parliament, with the participation of Pablo Iglesias and Nadia Calviño, Finance Minister and loyal representative of IBEX announced that export companies that “are at risk of losing their market shares due to the shutdown” would be able to continue production. In the current situation, which export company is not under that risk? What would prevent non-export companies from claiming their right to keep their market shares?

The pressure that the bourgeoisie and their political representatives (PP, Cs, Vox, PNV) have been putting on the government since they announced the restriction of productive activities is being expressed in this way. The PNV even announced the withdrawal of their support for the next budget. In relation to this point, we must denounce the hypocritical stance of PP, which only a week earlier demanded more severe measures through their regional leaders and just a few days later, after the Confederation of Employers and Industries of Spain (CEOE) complained, radically shifted their position to oppose to new reductions of economic activity.

During the announcement of these new measures, the Labour Minister Yolanda Díaz stated that the government would not accept any kind of pressure, which shows the two souls that coexist in the heart of the Council of Ministers. Nevertheless, if the government wants to demonstrate that they really put health before profits, they must rectify this and firmly guarantee a shutdown of non-essential activities. Anything that is not crucial for the operation of the healthcare system and food delivery must be stopped without delay. Even within the large food sector, how many non-essential products are still being produced? 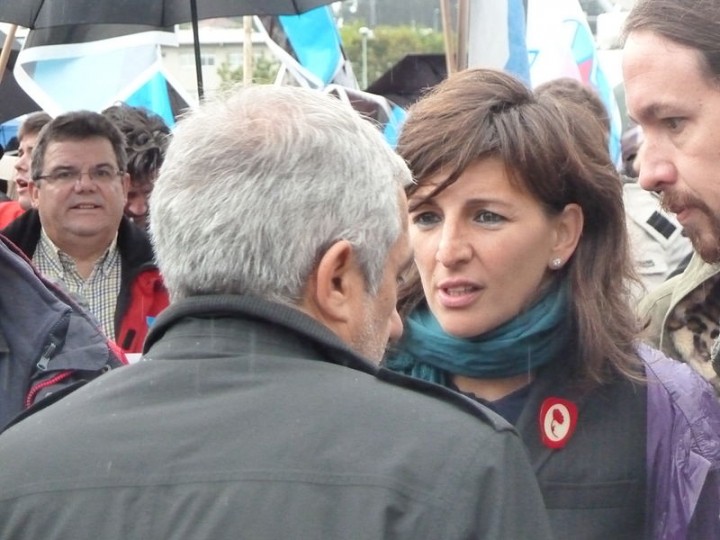 Workers should not accept the explanations from the Labour Minister, Yolanda Díaz, who said “all of us should concede something” / Image: Elisardojm

There are also some factories where only part of the production is needed for the supply of essential activities, but this should not be an excuse to continue full production. The role of workers in the creation of emergency committees is critical. These committees should look after workers’ safety and decide in assemblies whether their activity is essential or not. If the latter is the case, they should call for a strike to stop production, appealing to class solidarity nationally, to force bosses to close the factory and pay 100 percent of the salary during the whole epidemic period. And if they consider that their activity is indeed essential, they should decide whether it is necessary to keep 100 percent of production, or just those activities that are necessary for essential services.

As we have explained before, these committees should also confirm that all security measures are being taken. The priority now is to guarantee the workers’ health; therefore, it is absolutely urgent to confirm that the companies that remain in operation are following all the protection measures and safety protocols to the letter.

We also oppose the government’s measure that forces workers to pay back to the bosses the annual leave that they would be granted during the shutdown, once the state of alarm ends. By no means will we accept the explanations from the Labour Minister who said “all of us should concede something”. The big bosses have accumulated huge profits in the last years thanks to the workers’ hard labour, and have benefited from the reduction in workers’ rights carried out with the 2008 crisis as an excuse.

If the big companies’ managers claim that they have no economic capacity to pay salaries for one month, these companies must be nationalised by the government without compensation. The case of independent and small business owners is different, as they struggle to pay salaries when they are not receiving income. For this reason, we propose that the state should assume these costs after applying a special tax to the biggest transnational corporations.

We are painfully aware of the silence of the trade union leaders, who are leaving thousands of suffering workers and their families completely unprotected, when instead they should be leading these demands, organising a workers’ response to this lukewarm government and the bosses’ interests. We are facing a crisis of unforeseen dimensions, clearly the biggest crisis in capitalism’s history, and we need resolute measures. We cannot accept that workers will pay for this crisis as they did in 2008. Not with our health, our salary or any other loss of rights. This crisis is clearly showing that capitalism is not even able to guarantee workers’ most basic needs. Now more than ever we need to organise ourselves and fight for a socialist alternative.