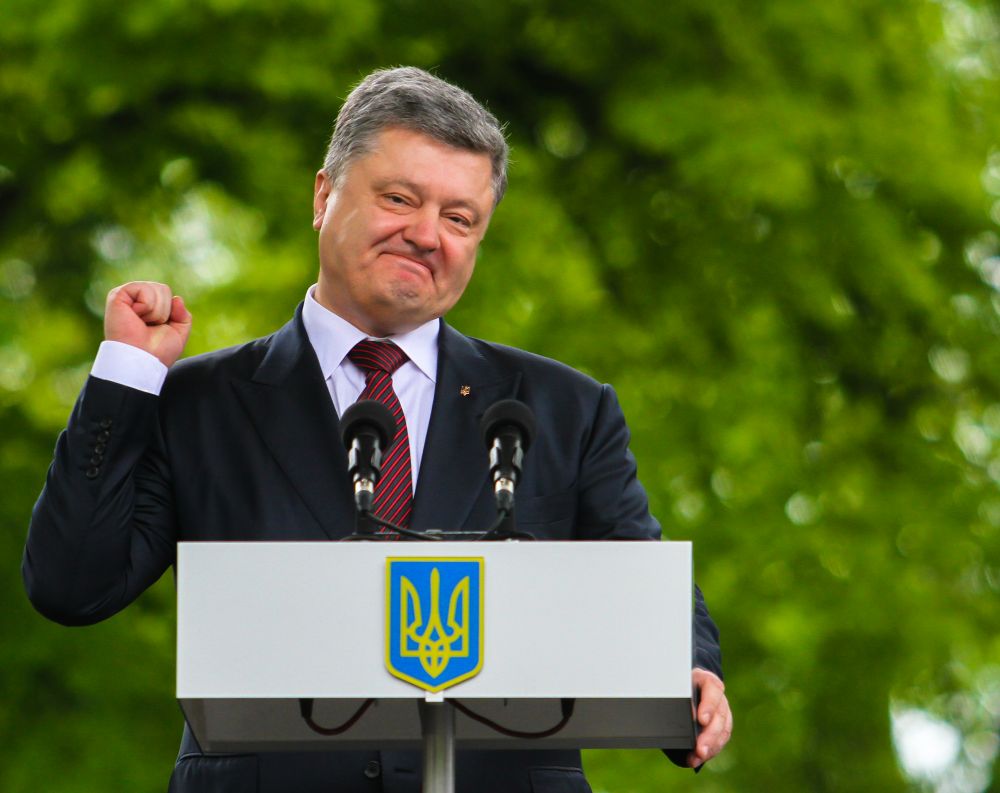 The first round of the Ukrainian elections on 31 March has resulted in a second-round runoff between the least-popular incumbent in Ukrainian history and Volodymyr Zelenskiy, a comedian newcomer with practically no political programme.

The Poroshenko presidency – which swept into power in the wake of Euromaidan and the civil war in Donbas – has become the most unpopular in the more than 25-year history of Ukraine. The population has experienced the worst fall in living standards since the “wild-90s”, when capitalism was brutally introduced to the Ukrainian economy. Additionally, the main election promise in 2015 – to end the civil war in Donbas – has been unfulfilled, with Poroshenko personally profiting from the war, and increasing his wealth more than any other oligarch in Ukraine over the past five years. Finally, despite Poroshenko himself being from the Southern Odessa region, he has leaned on reactionary Ukrainian ethnic nationalism and made moves towards the suppression of the Russian language in state institutions. This has gained him support in the Western part of the country, but pushed the Southern and Eastern voters to Zelenskiy.

Poroshenko owns several media outlets and controls the state Channel 1, so it is not surprising he has squeezed into the second round with a paltry 16 percent (down from over 54 percent in 2014) compared to Zelenskiy’s 30.2 percent. The majority of the regions he won were in Western Ukraine. However, he had to rely on some “dirty tactics” to do so. One of these tactics was running candidates who had similar names to close-third-place finisher Yulia Tymoshenko (13.4 percent). They were Yuri Tymoshenko and Yulia Lytvynenko, the former getting over 100,000 votes. 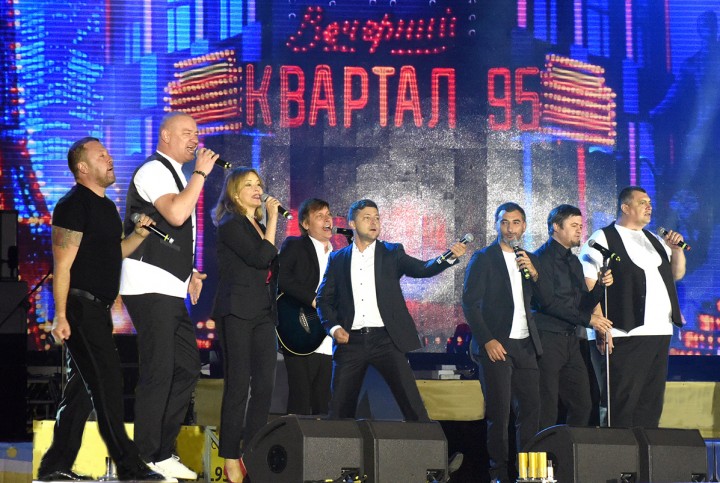 Zelenskiy (centre) does not offer any political platform other than the often-used but substance-free slogan of “battling corruption”, and is backed by oligarchs / Image: Vadim Chuprina

Given Zelenskiy’s clear lead in the polling, the strategy of the Poroshenko’s team was to get in the second round, with no clear plan for after that. Once again, Poroshenko refused to have any presidential debate in the first round, citing the “emergency military situation” in the country. Now it is clear that the fear mongering tactics have not worked well enough, he has challenged Zelensky to a debate. Whether any of them were serious about having one was unclear as they both insisted on different dates, which led to the farcical scenario of Poroshenko holding a debate that Zelenskiy “failed to show up for”. The event at the main football stadium in Kiev was effectively a Porohsenko rally with bused-in supporters, and only filled 10-20 percent of the 80,000-capacity stadium.

Porohsenko and Zelenskiy: enemies of the working class

Zelenskiy is a comedian from the central Ukrainian city of Krivoy Rog and is known for a popular sketch show and playing the Ukrainian president in a sitcom. He is backed by a powerful oligarch group around former Dnipro region governor Ihor Kolomoiski, who also owns the channel 1+1, which air Zelenskiy’s shows.

Zelenskiy does not offer any political platform other than the often-used but substance-free slogan of “battling corruption”, like his “ordinary history-teacher-turned-president” character on the show “Servant of the People”, which is also the name of his political party. Zelenskiy obtained voters from different parts of the country, with heightened support in the Russian-speaking South and East. His popularity is due to name recognition, and lack of track record in Ukrainian politics, at least for the moment. The landslide in the first round means that Zelenskiy has already been seen in Paris meeting with the embattled Macron.

Presidential candidate Volodymyr Zelenskiy met with French President Emmanuel Macron.
The showman is the favorite in #ukraineelections. Macron explained that the purpose of the meeting was to "recall France's commitment to Ukraine and its readiness to see Ukraine moving forward." pic.twitter.com/7DSzEqS4op

This vote clearly represents an anti-Poroshenko referendum, more a move of desperation to get rid of what is than illusions in Zelenskiy. And indeed, it would be a mistake to think that a Zelenskiy-Kolomoiski government would bring any tangible positives. Kolomoiski is a billionaire oligarch controlling assets in banking, metallurgy, airlines, gas and other fields, many with fellow billionaire Gennadiy Bogolyubov. Kolomoiski is also one of the main profiteers from the Donbas war and is behind some of the most notorious far-right battalions in Ukraine, such as the neo-Nazi Azov along with Dnipro and Aidar. Just in 2015, armed bands loyal to him were seizing the offices of the Ukrainian state oil company UkrNafta, which led to his falling out with and dismissal by Poroshenko. Kolomoiski will now get his revenge, but there is no difference in politics.

Tymoshenko’s third-place finish means that her team can either jostle for a position in Zelenskiy’s government or be some kind of opposition. The one scenario we can exclude in Ukrainian politics is having any distinguishable principles. Yuri Boyko came in fourth place as the leader of Opposition Bloc, formerly of Yanukovich’s Party of Regions (PoR). Their vote share significantly increased compared to 2014 and they could have faced off with Zelenskiy had it not been for former PoR kingpin, Renat Akhmetov, running his own man, Oleksandr Vilkul, and effectively splitting what was left of the ex-PoR vote. The Opposition Bloc may also jostle for a compromise with Zelenskiy or oppose him depending on how the cards fall.

This Presidential election marks the first time that the Communist Party did not participate since 1991. Under the “decommunisation law” of 2015, the party was barred from registering for the election. Attacks from the far-right (which acts with impunity and with the cover of the state) and the government have devastated the party.

In this election, all the main parties represented the interests of this or that oligarchic fraction, and pro-working-class policies were nowhere to be seen. Neither candidate in the second round on 21 April will bring improvements to the lives of the Ukrainian masses, and should be opposed. The way forward at the present time could be a coalition of anti-war forces on both sides of the civil war. The Ukrainian working class needs to destroy the oligarchy before they can move forward.