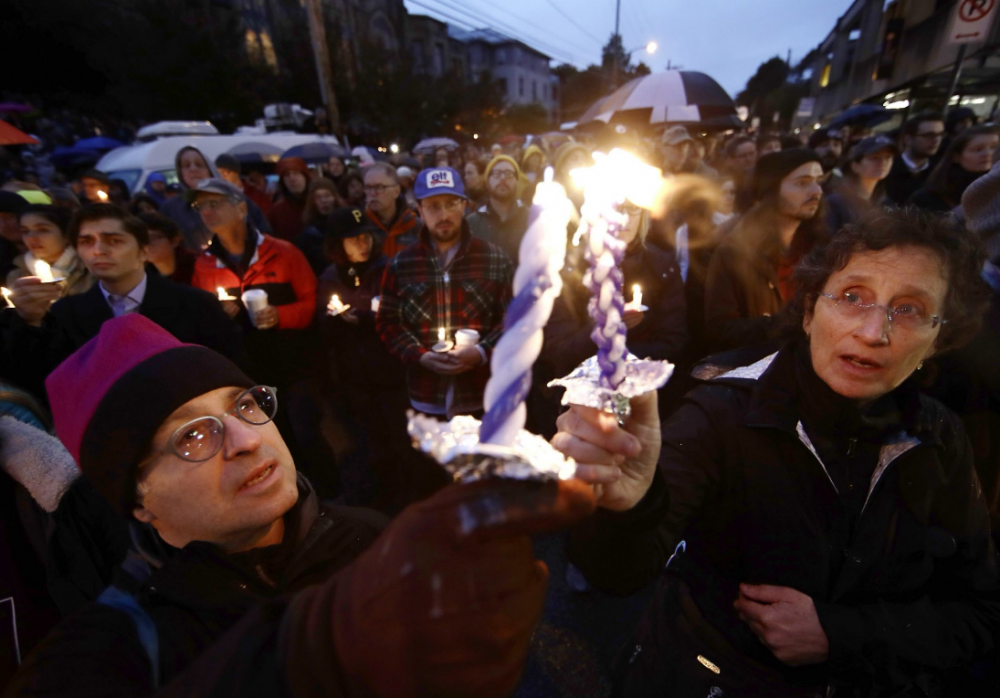 We publish here a statement by an IMT comrade in Pittsburgh on the barbaric killing of 11 Jews as they prayed in the Tree of Life synagogue. The frequency of anti-semitic attacks has increased in the recent period, as have racist attacks in general. In times of capitalist crisis, the ruling class foments division and hatred and Trump has contributed to creating an environment favourable to such events. So long as capitalism survives it will continue to produce such barbarism. The answer is to remove the cause and overthrow capitalism once and for all.

In the morning hours of Saturday 27 October, the neo-Nazi Robert Bowers unleashed a foul nightmare upon the Shabbat service of the Tree of Life synagogue located in Squirrel Hill: a Pittsburgh neighborhood well-known as a centre of Jewish culture. Eleven worshippers were massacred, aged 54 to to 97. Among them numbered at least one survivor of the Holocaust.

In years past, it was assumed that anti-semitism had receded from the once terrible and routine prominence it enjoyed in American life. The American capitalist class, historically an enthusiastic promoter of anti-semitism for its usefulness in dividing-and-ruling, had committed to a public about-face on the matter after the embarrassment of American capitalist collaboration in the Holocaust, implicating IBM, Kodak, Ford, GM, Chase, J.P. Morgan, the Bush family, Standard Oil, and more. However, even at this sensitive time, the American and British imperialists found it in their interest to quietly return many notorious Nazis to positions of responsibility in keeping the postwar order in West Germany. The “Butcher of Lyon,” Klaus Barbie, reportedly participated as a CIA asset in the execution of Che Guevara. Hanns Martin Schleyer, a German industrialist with a Nazi background, is to this day memorialised as a political hero for his Cold War anti-communism. 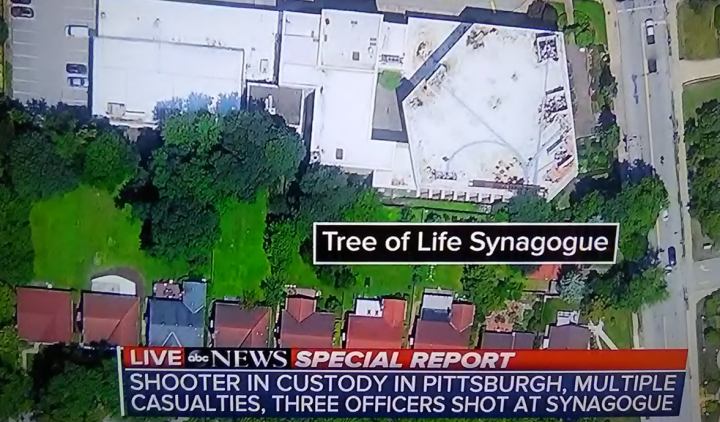 A common apologist refrain is: “In those days, everyone was in the Nazi Party!” But this excuse only reflects the essential links between Nazism and the German capitalists, with the open or quiet support from their international class brothers. Racism, including anti-semitism, is hardwired into capitalist society. We can observe this today in the rise of new far-right formations and the anti-semitism they aim to make mainstream. The capitalist crisis that began in 2008 has wrought social and political polarisation at all levels of society. The ruling class is unable to rule as they could before. In the week before Bowers attacked, influential bourgeois media outlets encouraged the nationalist myth that George Soros is funding the Central American caravan to “invade” the country. On social media, Bowers gave a very clear explanation for his actions: “HIAS [Hebrew Immigrant Aid Society] likes to bring invaders in that kill our people. I can’t sit by and watch my people get slaughtered. Screw your optics, I’m going in.”

There is one anti-semitic trope which actually contains an element of truth—and that is that many communist leaders have been Jewish. As communists we plead guilty to this and more. The workers’ movement has always recruited many of our best leaders from oppressed people of many backgrounds—starting with Marx himself. And we will fight to the end to abolish a system that engenders and bankrolls monsters like Adolf Hitler, the Ku Klux Klan, and the Black-Hundreds.

The Robert Bowers attack conjures up the dark language and actions of the Black-Hundreds pogroms organised by Russian tsarism. In the United States, an equivalent existed in the form of lynch mobs. Masses of perpetrators and spectators would participate in this filth as thousands of black, Latino, Chinese and other workers were murdered merely because of the color of their skin. In 1935, the Pittsburgh Communist Party recorded an incident of vandalism against the same Tree of Life synagogue that Bowers attacked, as well as an attack on the Communist Party office. Back then, this sort of vandalism was fairly routine.

Socialists will fight to the end to abolish a system that engenders monsters like Adolf Hitler, the Ku Klux Klan, and the Black-Hundreds / Image: public domain

But the mass base for such mob violence has been mightily eroded in the last decades of economic development, which has decimated the petty bourgeoisie and created a more numerous and powerful working class. Like most mass shooters—who are almost invariably committed right-wing ideologues and misogynists—Bowers acted as a “lone wolf.” Capitalism remains in power, but it is in a far weaker position than in the past, and the working class has a far greater capacity to fight back than ever. There is good reason for revolutionary optimism, but the working class needs a labour leadership that will not only condemn such terrorist attacks in words, but strike at the capitalist roots of racism by building an independent workers’ party and mobilizing on the streets and in the workplace.

Robert Bowers might just as easily have attacked a meeting of socialists, a black church, a Latino music festival or wrestling match, an LGBT student club, a labour union march, an event on women’s emancipation, or a mosque—that is, anywhere that workers may congregate. 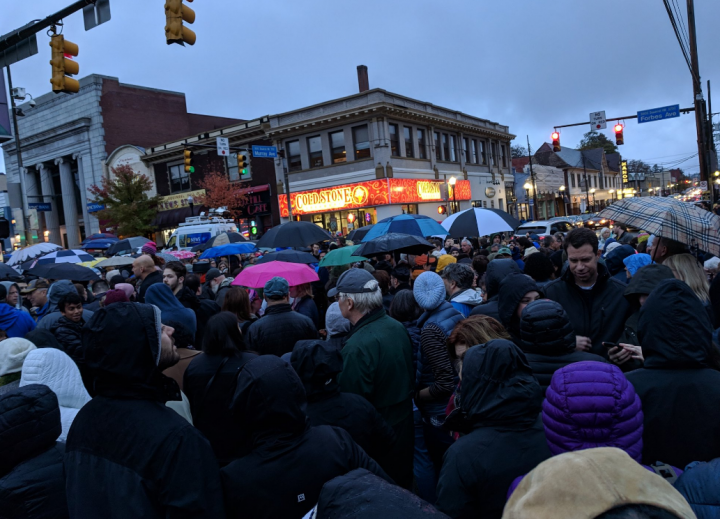 We stand for class unity in struggle against capitalism and its monsters / Image: fair use

In the dreadful aftermath of 27 October, we remember the immortal heroes of the Warsaw Ghetto Uprising and the socialists of the Jewish Combat Organization. We stand on the shoulders of Trotsky and Lenin and the workers who overthrew the Russian tsar and his pogroms. The Republicans and the Democrats offer the false embrace of “national unity.” We stand for class unity in struggle against capitalism and its monsters, and we are confident our class can defeat the poison of chauvinism once and for all with international socialist revolution.