The harassment of the multinational Mitsubishi Motor Company (MMC) automotive workers continues. While the plant was reopened on Monday, September 21, MMC in Barcelona (Anzoategui) notified the workers of the dismissal of 11 SINGETRAM union leaders. In this interview, Félix Martínez, secretary general of the trade union SINGETRAM, explains the reasons for this unprecedented harassment against workers of Mitsubishi.

The harassment of the multinational Mitsubishi Motor Company (MMC) automotive workers continues. While the plant was reopened on Monday, September 21, after the bosses' lock-out, MMC in Barcelona (Anzoategui) again inveighed against the workers, notifying them of the dismissal of 11 SINGETRAM union leaders. The most unusual thing is that the Labor Ministry has agreed to these dismissals without even listening to the workers. In this interview, Félix Martínez, secretary general of the trade union SINGETRAM, explains the reasons for this unprecedented harassment against workers of Mitsubishi.

El Militante: Tell us a little about the situation the Mitsubishi workers have faced since they returned last Monday to resume their activities on the shop floor. 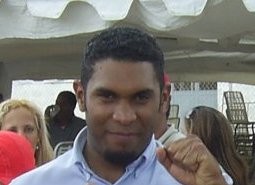 Félix Martínez: Activities have already begun, with some uncertainty on the part of workers as they saw that notices of dismissal against the union officials had been placed in the outside of the company, which surprised them, and they wondered who would represent their interests, who would defend their rights within the company. They were a bit concerned about the situation. The workers were given an orientation about not falling into provocations; we could observe that the company was seeking to provoke the workers. Some comrades commented that once they had been let onto to the shop floor after a very complicated procedure, after a verifications and checks to see what shift the workers were on, there was an attitude of intimidation and harassment in the workplace to the point that the company cafeteria opened 40 minutes after the time scheduled by our collective agreement, which caused a delay in the consumption of food.

After that, the workers have also reported that they've been pressured on the production lines, although there has been fall in production due to a decreasing electric supply and today due to a lack of raw material. There has been pressure from supervisors to get production going and threatening the workers that unless production goes forward the same thing is going to happen to them as it is happening now to the union officials, i.e., they will be fired. Yesterday, at 4:45 pm, which is the departure time, the workers were subjected to a thorough check by the company's security, this meant that the last worker was not able to leave until 5:15 pm. We're talking about almost half an hour after the end of his shift. And those employees who stayed beyond their shift were not guaranteed overtime. Also, one could see the attitude of the employers' organization, which mocked the workers and the conditions which they are suffering. It is a situation of considerable uncertainty and an anti-union attitude.

EM: An attitude of harassment of workers ...

FM: Harassment. Harassment and violent onslaught against workers. We denounced this situation since it is part of what was agreed in discussions that occurred in connection with the statement of claims, where we demanded the company abandon their anti-worker, anti-union attitudes, to comply with the procedures of conciliation and claims that are established in the collective agreement. And this is part of what we have long been denouncing, that historical debt for those breaches against labor rights that this multinational has taken in this country, and we see right now how they are taking preventive measures against other trade union leaders, allowing them to admit four leaders to SINGETRAM who today do not enjoy the support of the workers and whom the workers have rejected, but who the company did allow access and now has them on the inside as it has with the bosses' union SINTRAEMPRE.

EM: Why do you think the Labor Ministry approved the applications for dismissal against you?

FM: We believe there is a political situation in which the Ministry has not heard our demands, particularly the Minister of Labor [Maria Christina Iglesias], the reason for our claims, but has heard the complaints of other side, which have no legal basis, on alleged violations by the workers, and we believe it is a political situation, a political onslaught of the organizational model under which SINGETRAM has been operating, which is extensive, open and democratic which provides rights to the worker and guarantees workers the right to participate and discuss so that they themselves can decide the future that they deserve as workers and the respect they deserve as an organized class. We believe that this has caused some headaches to a bureaucratic and reformist sector which has taken advantage of the situation to brutally lash out against the union which brings together 1,320 affiliates, that until now the workers follow and support our political line and our actions and that today day these same comrades are waiting for the Labor Ministry to reconsider its position and hear the proposals of the workers of MMC Automotriz, as they deserve respect, just as the company has asked for respect for itself.

EM: What expressions of solidarity have there been so far?

FM: Right now we have seen the solidarity support of fellow assembly workers at Chrysler, Ford and Toyota. And we know that there is also a movement of auto-part workers that are very concerned about the situation, who reject the dismissals and other preventive measures. We also had support from political leaders like National Assembly member Oscar Figuera, VCP, who has rejected these anti-union and anti-worker actions, and here at the regional level we have the support of private sector trade union comrades and we are awaiting an announcement by the Socialist Workers' Front of Anzoátegui state, especially the public sector, who we have supported in the past, and also the United Socialist Party of Venezuela (PSUV), to which we've shown our true militancy, as was the case during what happened in January [a factory occupation and a brutal police attack on the workers] where we showed we could control the situation, and today it is evident that in Anzoátegui state we achieved a landslide victory in the constitutional referendum, despite the events that we experienced at the time, with the death of two workers by police. We are with the revolutionary process and hope to have all the solidarity possible, including the communal councils, which have always been at our side, as have the comrades of the Revolutionary Marxist Current (CMR). We hope that during the course of the week we will have meetings with some fellow political leaders and establish a plan of struggle for the right and respect of trade-union liberties, for job stability and against fascist and capitalist actions of multinationals like this one.

MS: If you were in front of President Chavez, what would you propose to him about struggle of workers at Mitsubishi?

FM: Look, to comandate Chavez, first of all, what we propose, as we've told the different organizations, is the space to present our ideas and demonstrate concretely that the work we are doing is a component of the revolutionary process, which gives a practical example of a workers' council within the capitalist structure, in a union where we got rid of presidentialism for a horizontal organization that gives workers direct participation. We firmly tell the President of the Republic that we are on the side of the revolutionary process, we will be with him and the only thing we ask is a space for him to see with his own eyes what is happening in the automotive industry and what we are proposing to truly promote a revolutionary process alongside the workers, and that in the future it be strengthened alongside the socialist state that we are building.

EM: What concrete steps are you taking to fight these redundancies?

FM: On Saturday, September 26, this Saturday, we are organizing a general assembly of workers. We are making the call nationally to all workers and union leaders who wish to accompany us in this great assembly of workers to be held in the Industrial Zone Los Montones, in the alley between MMC Automotriz and VIVEX, in which will discuss the current situation and from there we will get the resolutions and conclusions of the actions we need to take within the framework of the revolutionary process, for peace, the right to work, the right to life, health care and job security and for the unity of the labor movement, communal councils, students, farmers and all social organizations that are in the revolutionary process for building a true socialist state.