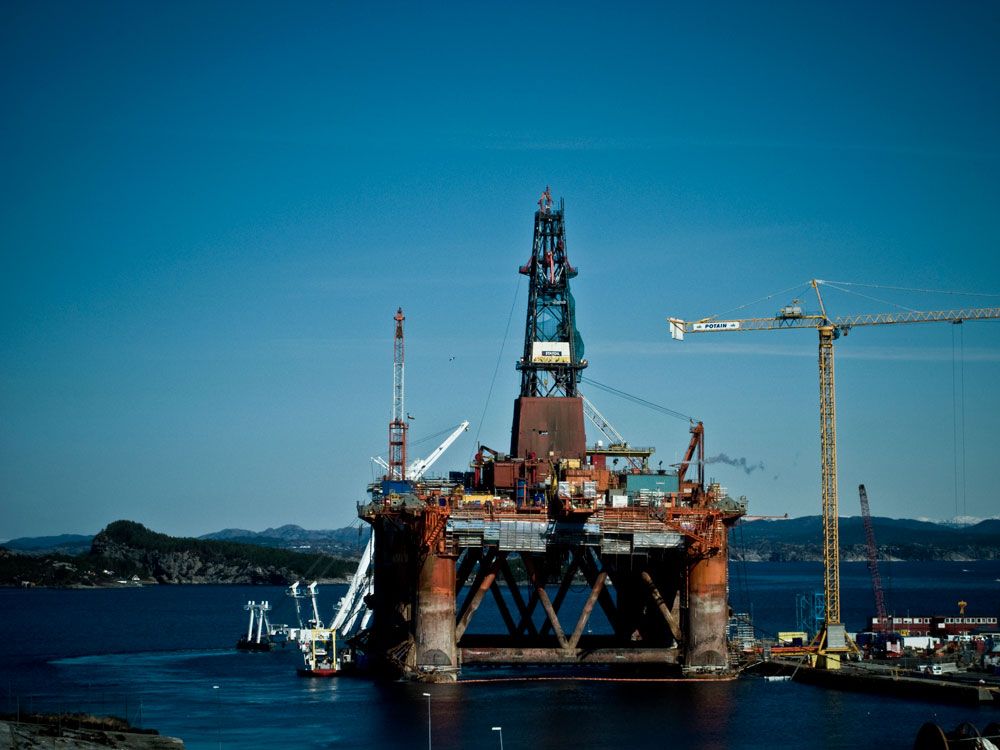 As one of the richest countries in the world, you would have thought that Norway could escape austerity. Not so! The bourgeoisie and its new right-wing government are preparing massive attacks against the working class.

The outcome of the Norwegian elections was expected. As the polls had predicted, a government of the conservative party and the far-right “Progress Party” (Fremskrittspartiet) was formed.

The bourgeoisie has for some time been desperate to get a tighter grip on the government, and the last elections showed that it was impossible for the Conservatives to form a government without the Progress Party.

The Progress Party is a typical right wing populist party, which underwent a cleanup like many of its European sister parties in the late nineties. The more extreme people were purged and it increasingly became like the bourgeois mainstream parties. Its election campaigns had for some time received funding by the big capitalists. In order to attract the most backward layers of society to their party, they continually slander immigrants of a mainly Muslim background. Yet, they also raise demands that are popular with many working class people such as using Norway's sovereign wealth fund to invest in infrastructure and the welfare state and they denounce the shameful treatment of elderly people in nursing homes. This, of course, is not popular with their bourgeois backers.

So, in order to push the Progress Party back, it had been the biggest party of the bourgeoisie for the past four years, the bourgeoisie had to change strategy. The Conservative Party depicted itself more and more as a Social Democratic party to open itself to working class voters. At the same time the main bourgeois press uncovered several corruption scandals and other types of mismanagement involving ministers in the red-green government in order to discredit the left.

The former government had eight years to attempt to solve the problems of one of the richest countries of the world. What has been accomplished after these eight years is not particularly impressive. It is true that they introduced some reforms, such as free fruit in schools and a guaranteed nursery place for every child. Yet, some children are still on waiting lists for nursery places and in the hospitals the queues are bad and patients are forced to lie in hospital corridors for lack of space, not to mention the lack of staff in homes for the elderly which makes it difficult to provide adequate or decent care. This situation has prevailed for years and voters rightly ask themselves why, despite all the wealth of Norway, it has not been possible to resolve these issues.

Instead of pursuing a truly left policy, the government has mainly continued what former governments started, such as privatising sectors of the health service.

With that background it is no wonder that the main bourgeois party came back to power with 26.8 % of the voters, its highest percentage since 1981. It had only been twice since the thirties that the conservatives had obtained more than 25% of the voters; this year and in 1981.

What is more striking is that the conservatives were the winners among the youth. They did not manage to become the biggest party in the elections, the Labour Party still is, however they became the largest party in the mock elections in schools. There they got 28.1 % of the votes and for the first time they became the biggest party nationwide in those elections. It will most probably not be repeated as they will cancel the free fruit at school, which has been popular among pupils.

In an article in 2011 (Norway and the crisis of capitalism) we analysed the economic situation of Norway. We explained how the mainland economy (excluding oil and gas revenues and shipping) was uncompetitive and how this had been resolved by an expansion of domestic demand, mainly by an expansion of credit and an increase in real wages. Being uncompetitive in the international market is a dangerous situation for any capitalist which explains the reason why the bourgeoisie was so eager to get a government of the right.

Today, oil and gas production is the largest industry in Norway and contributed approximately 26% of total investment in 2010, 47% of total exports and 21% of GDP (Norwegian petroleum directorate). The bourgeoisie understands that the oil and gas boom will not last forever. In the event of a serious recession, prices might fall, but more importantly there has been a decline in oil production since the peak in 2001 (see Fig 1).

Fig1: Oil production in Norway since 1970 - click to enlarge

The decline in oil production has been compensated for by an increase in gas production, which now makes up half of production, and an increase in oil prices. The decline in easily accessible oil and gas reserves has had the effect of boosting investment in new technology in order to be able to extract more of the remaining resources. This is a factor which may explain why Norway has so far avoided the crisis. However, from the graphs we see that the Petroleum Directorate predicts a further decline in oil and gas production after 2020 even taking into account undiscovered resources.

The main task for the Norwegian bourgeoisie in this period is to make the mainland economy competitive. Ultimately it is the surplus or profit made which defines competitiveness.

The Norwegian bourgeoisie aims to increase their profits. The first target is the labour laws. Working life has to be more “flexible”, they say. Steinar Juel, the chief economist of Nordea Bank, gives an indication of what the working class will have to face when he explicitly states that both real costs and real wages have to decrease (The Norwegian bubble, in Norwegian.) A decrease in wages will not be at all welcomed by the working class nor by the labour unions as we are constantly reminded of how rich Norway is. It will be difficult for the bourgeoisie to explain why wages need to go down when their profits are going up.

If a direct reduction in wages is deemed too complicated it is always possible to lower the price of the Krone. That would not be an easy feat to achieve as the currency is being pushed upwards at the moment as financial speculators look for a safe haven. The best they can hope for is probably to shield the currency from further appreciation.

A section of the bourgeoisie undoubtedly considers a Keynesian solution to the problem. The massive $790 billion oil fund that they have accumulated would make deficit spending easier to maintain. The problem is that it would just be more of the same. Without raising the competitiveness of industry, such a policy would only make the trade balance worse. It would mean more imports whilst not improving Norway's ability to export.

A New Period is opening up

The reality is that there are very few options for the Norwegian bourgeoisie. If they want to improve their competitiveness, they will have to attack the working class. This is the real meaning of the recent election results. The bourgeoisie has got their first eleven in, and they feel emboldened as the conservative party got the highest percent of votes since 1981, and with their allies they make up the majority in parliament.

They will go on the offensive, but due to the strength of the trade unions and the accumulated fat in the oil fund, the process will be more protracted than in other countries. A Marxist tendency with a good theoretical background has to be formed in Norway to prepare for the coming events.