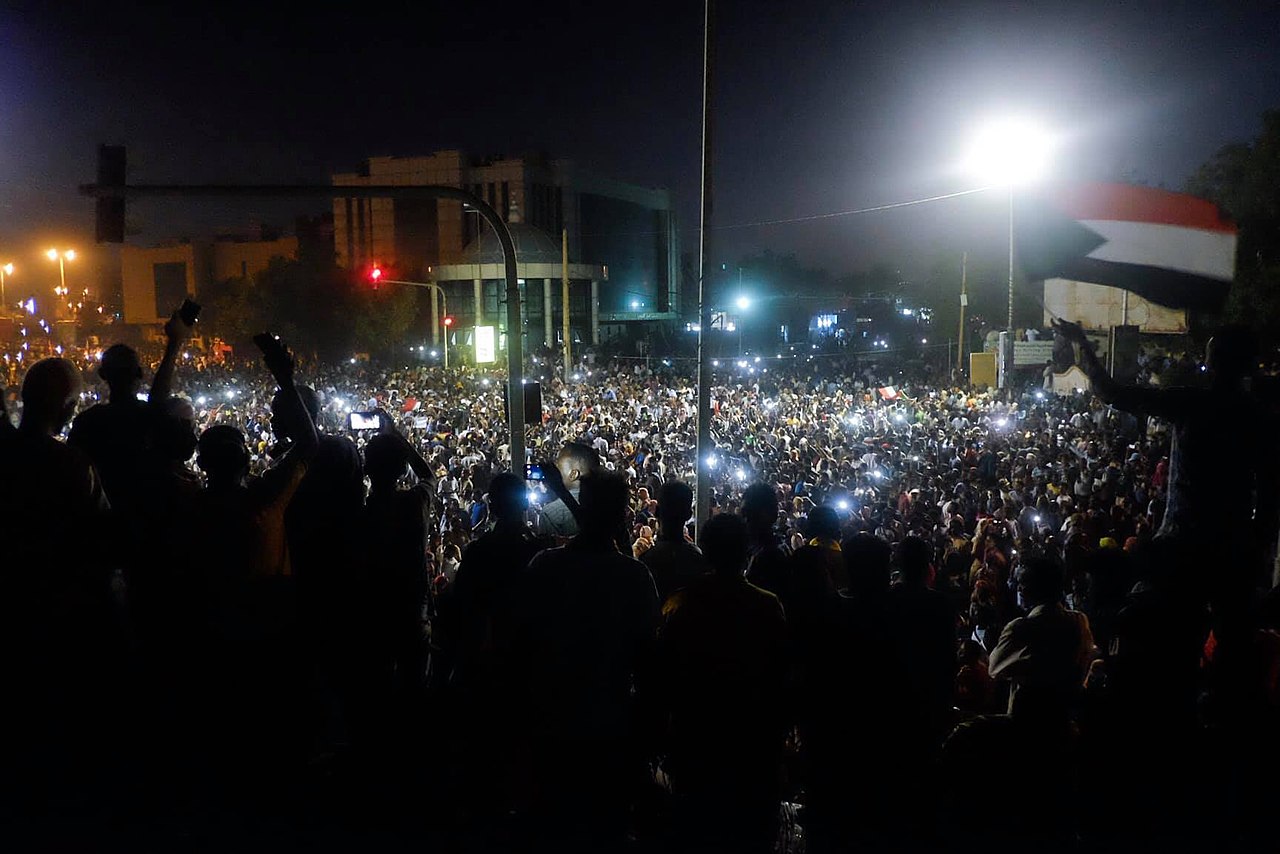 Negotiations between the Transitional Military Council (TMC) and representatives of the revolutionary movement in Sudan have been suspended. They should never have happened in the first place. Now is the time for the Sudanese workers to go on the offensive.

Who are the TMC?

Faced with a powerful revolutionary movement, the leaders of now-former-President Omar Bashir’s armed forces stepped in to remove him and take control of the government. They set up the TMC and promised elections in a few years’ time. These people were Bashir’s collaborators and represent a continuation of his regime. The only reason why they removed him was to avert a complete collapse of the regime. They are motivated by their own self-preservation and have no real desire to meet the demands of the revolutionary people of Sudan. Their promises are worthless.

Following these events, the most-organised expression of the movement, known as the Declaration of Freedom and Change (DFC), whose dominant section is the Sudanese Professionals Association (SPA), entered into negotiations with the TMC about the composition of the future regime. The DFC called for the TMC to cede power, even though it accepted the TMC as a part of the future government.

But as we have said before, it is a fatal mistake to place any trust in the TMC. These military leaders are criminals and murderers who cheerfully participated in the brutal oppression of the Sudanese masses for decades. They represent no-one but themselves and have no right to negotiate for positions in the government of Sudan. Every single one of them should be kicked out, just as Bashir was. 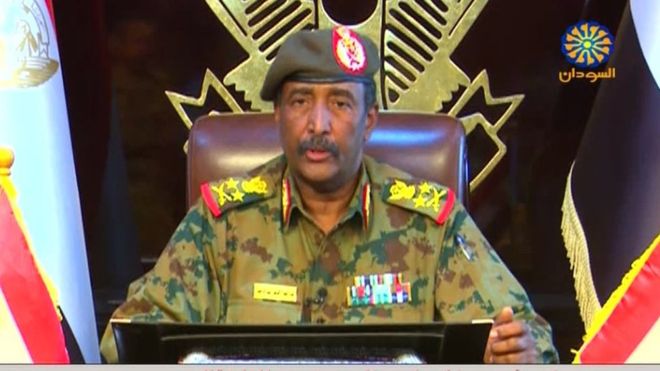 The TMC are criminals and murderers who represent no-one but themselves. They should be kicked out, just as Bashir was / Image: fair use

However, the SPA leaders and others pressed ahead with the negotiations. They reached an agreement that there would be a transitional period of three years, after which there would be a legislative election for 300 MPs, of which 67 percent would be signatories of the Declaration of Freedom and Change, and the rest would not. No mention was made in this agreement of the composition of the ruling council.

This is a rotten deal. The Sudanese masses have brought down Bashir and can bring down his cronies on the TMC too. Why should they wait three years for elections, which could be held now? This delay serves no-one except the military chiefs who need time to distance themselves from their past crimes.

And why should a third of the seats be allocated to counter-revolutionary forces? It’s the revolutionary masses who are taking Sudan forwards. Those layers of society, who are standing in the way of that process should be cast on the scrapheap, not guaranteed seats in an election that otherwise they would stand no chance of winning.

Above all, the question of the ruling council is a decisive one. Clearly the military leaders intend on keeping full control of Sudan even after the legislative elections. In other words, Bashir’s regime will continue but under a new “democratic” gloss. It will be staffed and directed by almost exactly the same reactionary, bloodthirsty tyrants who have ruled thus far. The Sudanese masses will not accept this.

While this rotten deal has been negotiated, the TMC has been using the talks to string the SPA and other protest leaders along, while preparing the ground to crack down hard against the masses on the streets.

A few days ago, during the negotiations, protests in Khartoum were attacked by unknown assailants and four people were killed. The military leaders did nothing to intervene, and claimed that it was just a case of armed vigilantism. This provoked many more people to join the demonstrations in various cities, which the military leaders then condemned as an improper way of conducting negotiations. 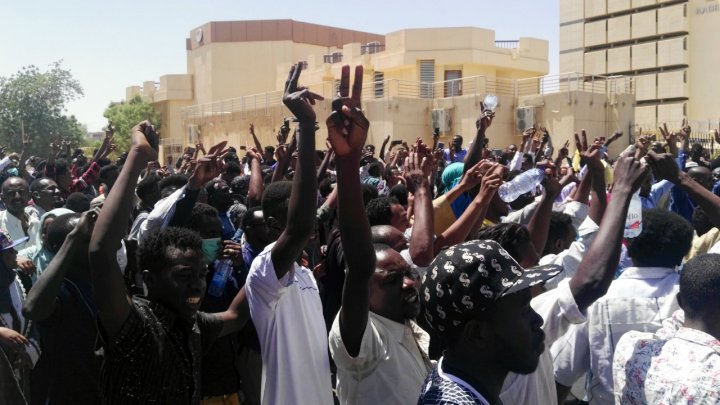 While negotiating their rotten deal, the TMC has been using the talks to string the SPA and other protest leaders along / Image: fair use

Since then, sporadic violence against the protestors has intensified. There have been reports of some military units trying to clear the protesters’ blockades and opening fire. All of this has swelled the size of the demonstrations, as people can clearly see the disingenuous and bloody manoeuvring on the part of the military leaders.

The mood amongst the masses is that they are ready to fight – many can see through the hollow deal that has been negotiated. They can see that a peaceful transition will never be possible as long as the brutal military leaders are involved.

The head of the TMC, Burhan, is now using the intensification of the violence and the protests to attempt to demoralise and divide the movement. He has declared a suspension to the negotiations because “the revolution has lost its peacefulness” and that the only way forward would be if the protestors removed roadblocks, cleared railway tracks, halted escalations in the media, and stopped “antagonising the regime’s forces”. This came the day after unknown paramilitary gunmen attacked roadblocks across Khartoum, killing several people, while the army stood aside, doing nothing.

Time for a workers’ offensive

The movement’s leaders have responded by calling for an intensification of the protests, for civil disobedience and for “preparations” for a political general strike (though an official date or measures have not been announced yet). Nevertheless, floods of people have already responded by coming out onto the streets. Dozens of workers’ organisations have pledged their support for the strike, from medical professionals to government employees, to the freight, port, and airport workers.

Lt. Gen Mohamed Hamdan ‘Hemeti’, deputy chairman of the TMC, and commander of the vicious tribal militia called the Rapid Support Forces (Bashir’s former personal militia), who has previously postured as being on the side of the protesters, announced that any government employee who goes on strike shouldn’t bother coming back to work. In response, many workers held protests with banners directly challenging Hemeti to come and dismiss them. The mood is one of fearless defiance.

It was the mass movement and the militant mood, not negotiations, that split the army and brought down Bashir last month. A similar movement can bury the TMC, but to do so it must be organised on a higher level.

All power to the working class

What the movement needs now is clear organisation and direction. There are already protest committees set up in workplaces, neighbourhoods, cities and villages across the country. It would not be too difficult to link these up as a national network to coordinate a general strike. At the same time, the movement should target the armed forces with a political campaign to organise the rank-and-file soldiers, the majority of whom are on the side of the revolution.

Such a movement would reveal the parasitic nature of the generals and the rich who have been ruling on the backs of the workers and poor for decades. The leaders of this movement should waste no more time negotiating deals with these tyrants. What’s needed is to sweep away every last bit of Bashir’s regime. Not one stone upon another of the old state apparatus should be left standing. 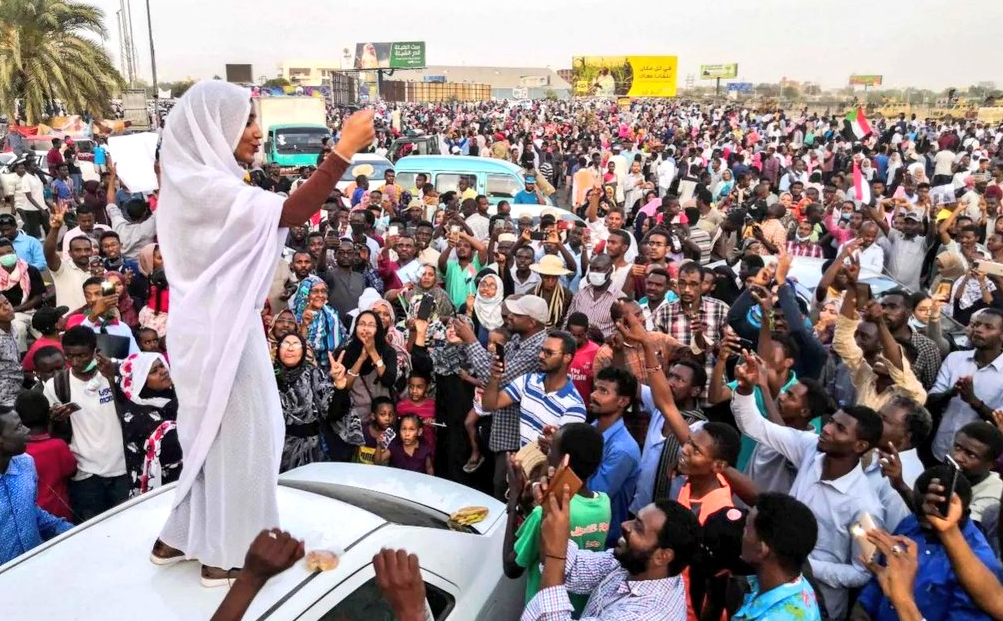 The workers must sweep away the relics of past regimes and take their destiny into their own hands / Image: fair use

The Sudanese working class can build a new state. We can already see the embryo of it in the protest camps and committees around the country. A state run by and for the working class is possible, and a serious movement towards a political general strike will strengthen the organisational capability and confidence of the workers.

The task of the Sudanese Revolution is to break with the capitalist system, whose crisis led directly to the spark that lit the flame of the current revolutionary movement. Only the Sudanese workers can forge this new future. They must sweep away the relics of past regimes and take their destiny into their own hands.