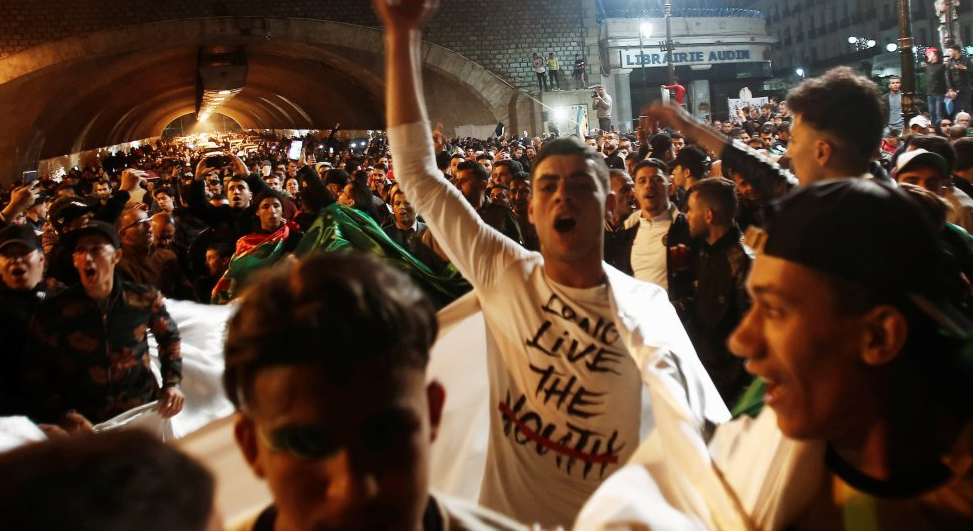 Sunday 19 May marked a new turning point in the Algerian Revolution, which is still growing day by day, when tens of thousands of students hit the streets of Algiers calling for a real change.

The student’s assembly took place in front of the central university in Algiers, where they decided to organise a march towards the headquarters of the National People's Assembly (the Algerian parliament), but the forces of repression intervened brutally to prevent them, leaving many wounded and detaining many others.

The students then walked to the Central Post Square, which has been the meeting point of all rallies since the beginning of the revolutionary movement. There they staged a sit-in in and raised slogans condemning repression and demanding the overthrow of the dictatorship, the departure of all figures of the old regime, calling for all power to the people.

This protest is not the first of its kind. Since the beginning of the current revolutionary movement, on 22 February, the Algerian students have been demonstrating every Tuesday. But what distinguished (19 May was its coinciding with the “National Day of the Algerian student”, which was an important development in the contemporary history of Algeria, dating to the memory of the students’ mass and organised participation in the Algerian Revolution, 63 years ago. This means that students have begun to re-tie the threads of history to connect the present with the past.

Algerian students had participated decisively in the Algerian Revolution against French colonialism, especially when they decided on 19 May 1956 to strike, leaving their universities and high schools to join the ranks of the revolution inside and outside Algeria.

The most important thing they gave to the revolution at the time was ideas. Once they participated in it, they gave a qualitative boost to the revolutionary media. "The students took responsibility for the media service during the revolution, such as the radio, the publication of newspapers and brochures such as ‘the revolution’, ‘the voice of the mountain’, ‘the war’, ‘the resistance of Algeria’, ‘Al-Mujahid’ and others," said Ahmed Mariouche in his research about the Algerian student movement (p. 352).

Al-Mujahid pointed out that the Algerian student entered "the field of struggle either in the mountains as army soldiers, political commissioners, nurses or teachers, who showed the citizens the general rules necessary for life, from health matters to reading and writing..." (p.367).

Captain Mohammed Saiki asserts in his memoirs that "the high school student’s strike on 18 May 1956 enabled the continuation of the revolution” (p. 335).

It should be noted that the internationalist dimension of the struggle was very present for them as an important priority. The Algerian student unions issued appeals to the peoples of the world, including the French, to inform them of the objectives of the revolution and the crimes of the French imperialism. They called for international solidarity with the Algerian people. This was confirmed by the Al-Mujahid newspaper, which spoke of the revolutionary students, who "roam the countries of the world explaining to their peoples the reality of the Algerian revolution, whose image the colonial propaganda spends great sums of money to distort..." (p. 368)

Students and workers: unite and fight!

For today's Algerian students to merit their glorious history, to be at the level of the expectations of the revolutionary movement and the historic tasks facing them today, they must organise themselves democratically, so that the student masses have the right to elect and control their representatives. It is necessary to form student councils and strike committees in all universities and high schools, and coordinate them at the local and national levels.

They must also create an effective and permanent link with the working class. They should go to the working class in the workplaces and the poor neighbourhoods and unite their struggles with them. They have to invite workers and trade union activists to universities and student assemblies, to learn from them and teach them. The working class is, in the final analysis, the only revolutionary class that has the power to eradicate the existing system. They are the real producers of wealth and without their work no wheel can turn and no machine can move. 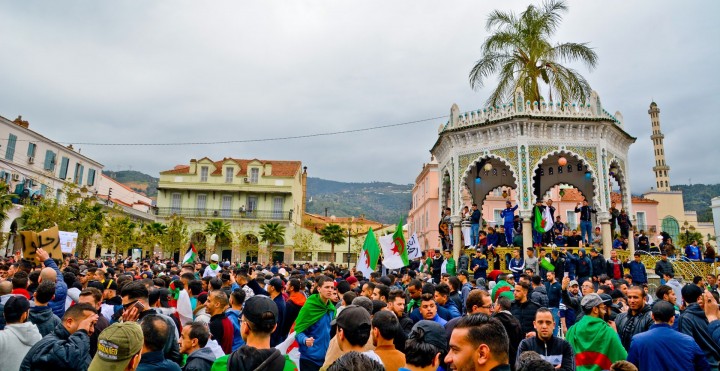 Reformists frequently talk about "civilian government", "political freedom", and so forth. But they do not say a word about who monopolises the wealth and who owns the big companies, banks, land, oil revenues, etc. Our reply to them is what Lenin said a long time ago: “Freedom in capitalist society always remains about the same as it was in ancient Greek republics: Freedom for slave owners.”  and “No amount of political freedom will satisfy the hungry masses”.

Therefore, the revolution should not stop at the introduction of some reforms to the capitalist system, but must eradicate it through the nationalisation of the banks, big companies, mines, land and run them under the democratic control of the councils of workers and poor peasants.

The real cause of poverty, unemployment and dictatorship is the capitalist system itself. Therefore, if we really want to eliminate those injustices and bring about a radical and lasting change in the living and working conditions of the Algerian people, we must adopt a revolutionary socialist program.

For socialist revolution in Algeria

Last, but not least, they must learn from the revolutionary experiences of the region in recent years, especially Egypt, in which revolutionary movements have been defeated despite the great heroism shown by the working class and revolutionary youth. The most important reason for these defeats was the absence of revolutionary leadership, such as the party that led the Russian Revolution 100 years ago to overthrow the mighty tsarist regime and state, and established the first workers' state in history.

The students, as Lenin told the Russian students before the Revolution of 1905, should "make it the prime object of their activities to imbue their members with an integral and consistent socialist world outlook and give them a thorough acquaintance with Marxism, [...] they should beware of those false friends of the youth who divert them from a thorough revolutionary training [...]”

They must now begin without delay to build Marxist circles closely linked to the struggles of youth and workers, so that the Algerian working class has the party it deserves.

In this way, and only in this way, the Algerian student movement will be able today to provide a qualitative addition to the current revolutionary movement and give it a push forward towards the final and complete victory over the gang’s regime and over capitalism.