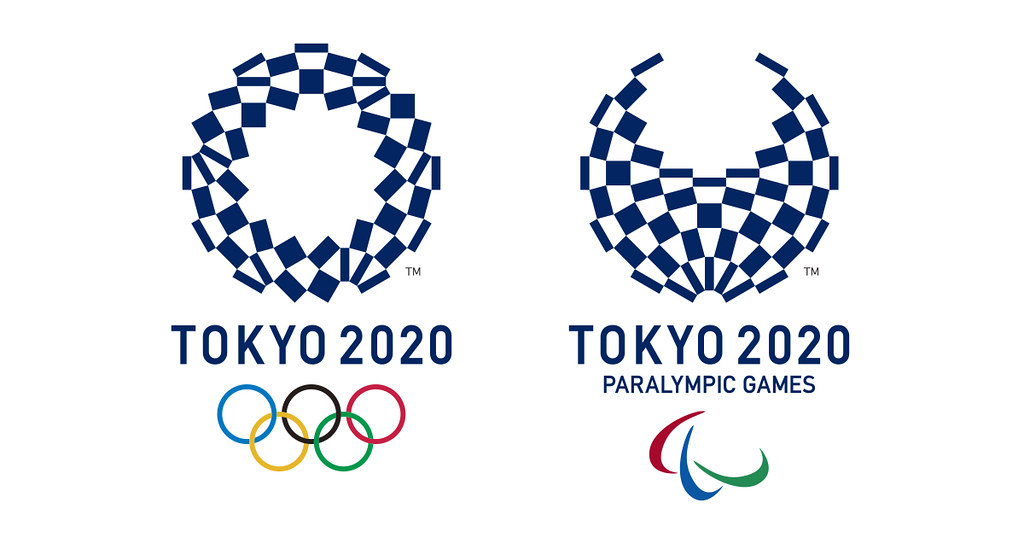 The shambolic, much-delayed Tokyo Olympics open tomorrow. The Games proceed without fans, and amidst general disapproval from Japanese workers and youth, who rightly fear the danger of spreading COVID-19, and are enraged at the cynical attempts by the bosses to force them to make up their shortfall from ticket sales.

Between 23 July and 8 August, the world’s biggest sporting event will take place, without the cheering crowds of fans. After a surge in COVID cases, Japan’s Prime Minister, Yoshihide Suga, declared a state of emergency on 8 July, meaning the Tokyo 2020 Olympics will be held in empty stadiums.

The run-up to the Games has been strewn with blunders, beginning with Japan’s original Olympics chief Yoshihiro Mori being forced to resign after being exposed for making sexist comments against women.

A number of athletes, officials, media and contractors have tested positive for COVID upon arriving in Japan. The International Olympic Committee (IOC) President, Thomas Bach, referred to the Japanese people as Chinese, and was heavily criticised by the bourgeois press and protestors for a cynical visit to Hiroshima.

On top of this, the Japanese masses have made it crystal clear that they don’t want the Games to proceed – with or without fans. Protests have called for the Games to be cancelled. Slogans abound such as “abolish IOC”, “Olympics kill the poor”, and “Mr. John Coates, welcome to Armageddon” – a reference to the IOC Vice-President’s remark that Tokyo 2020 will go ahead “barring Armageddon”.

While the ruling class is queasy about the long-term risk to the capitalist system by letting them go ahead, the bourgeoisie and Japan’s ruling party have determined that “Armageddon” is a fair price to pay to protect profits.

With the crisis biting, the ruling bourgeois Liberal Democratic Party (LDP) and their coalition allies, Komeito, have increasingly relied on national chauvinism as a distraction. They have ramped up anti-Chinese rhetoric, in addition to attempting to alter the Constitution so that the military can intervene in foreign conflicts.

The Games have played a part in this ‘Culture War’. With an eye to rallying the LDP’s chauvinistic support base behind Suga, his predecessor Shinzo Abe has even accused those who oppose the games going ahead of being anti-Japanese. But the pandemic has cut across these appeals to nationalism.

There have been around 12,000 COVID deaths in Japan so far, the worst of any East Asian country despite being the 3rd largest economy in the world. Japan has also enacted one of the world’s largest series of stimulus measures ($3 trillion and counting). The working class will of course be expected to foot the bill through cuts and austerity in the future. 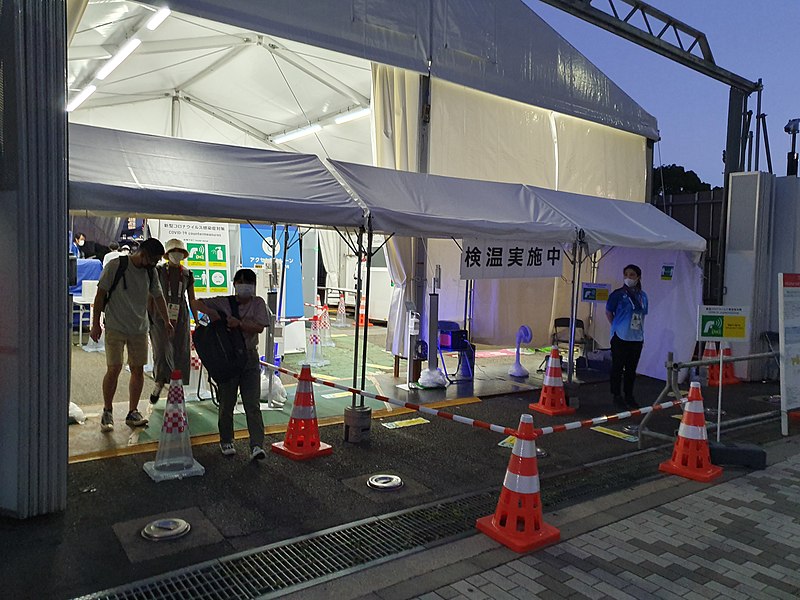 Japan has not been placed in a full lockdown but has had several partial lockdowns. This repeated partial closing and re-opening has caused the Japanese economy to ‘yo-yo’ between expansion and contraction. For decades, Japan’s economy has suffered from stagnation and the ruling class will want to avoid a recession, having narrowly avoided dipping into one this year.

The biggest threat to any economic recovery is from the Delta variant, which is sweeping through the Asia-Pacific region. Even without fans, medical experts in May suggested that the Games could only go ahead safely if cases fell below 100 a day. They are presently well over 1,000 per day.

Japan’s slow-moving vaccine programme is also a concern, and has caused anger and frustration amongst the masses. After insisting on doing its own trials, Japan only started vaccinating people in February. Just over 26 percent have had at least one dose and around 15 percent have had two doses.

Without a significant proportion of people vaccinated, and with Japan likely to experience a fifth wave (the third this year), which may include multiple variants, Japan’s “recovery” remains in jeopardy. On top of this, Japan has a large elderly population who are especially vulnerable to serious illness from infection.

As in the rest of the world, the crisis unleashed by the pandemic has deepened existing contradictions in society. Japan’s poverty rate currently has increased to 15.7 percent, according to the Organization for Economic Co-operation and Development. A fifth wave would drive millions more into destitution. It is no accident that suicide rates increased in 2020 for the first time in 11 years. The last time they increased was following the 2008 financial crash.

In all, despite assurances from organisers that there is “zero” possibility of COVID-19 spreading to the wider public, due to strict control over participants, these Games are like throwing a lit match onto a powder keg.

The bourgeois are wary of a deadly new wave threatening Japan’s economy in the long term, with the likes of SoftBank CEO Masayoshi Son pushing Suga towards the “no-fans” policy. Even the Emperor, in a rare intervention, echoed warnings that COVID infections could rise if the games went ahead with full stadiums.

However, this doesn’t mean the ruling class are willing to miss out on the Olympic goldmine altogether. The Games are seen as critical to Japan’s fragile economic recovery in the short term – despite the danger to the lives of working people.

Clap but do not cheer

The capitalists stand to make a killing off the Olympics, and have hefty investments bound up in the event. Japanese companies paid $3 billion to sponsor the Games, and paid another $200 million to extend contracts after the Olympics were postponed for a year.

Larger companies like Toyota, Bridgestone, Panasonic, and Samsung, are top-tier sponsors who have separate deals with the International Olympic Committee (IOC), worth hundreds of millions of dollars. The IOC is due to receive full revenues from its lucrative broadcasting rights.

Sponsors have already run lucrative ticket campaigns, with ticket sales alone contributing $800 million to Tokyo 2020. Rather than face a shortfall, it is likely the organisers will refund ticket holders through a taxpayer bailout. In other words, the working class will have to compensate the capitalists for their lost profits.

In all, the run-up to the Games certainly haven't been the glorious crescendo that Suga hoped for. The cautious start of the Olympic torch relay in March was summed up by the loudspeaker in the convoy of sponsorship vehicles warning, “Please clap but do not cheer. Clap but do not cheer!” This glum pronouncement set the tone.

In June, around 10,000 volunteers – working as guides, drivers, event staff, medical first responders and interpreters – quit after hearing that organisers were paying others for similar jobs. One retiree who had volunteered as a driver, said, “It’d be a joke if I’d been doing that work alongside people who were getting paid for it.”

In various polls this year, between 60-80 percent of people wanted the games either cancelled or postponed. One working student in Tokyo was interviewed and asked about what he thought of the Games.

“It is as if they [politicians] are living in a different world, and are completely ignorant of the lives of us ordinary people with low-incomes. The high taxes levied upon normal people go into their pockets, and this makes me furious… Japan's economic bubble has burst, and our politicians are all old-farts who are set in their ways and working against the times."

Even Toyota have now pulled adverts from the Olympic broadcasts, acknowledging the lack of enthusiasm would do more harm to their brand than good.

Despite all this, Suga and the LDP are pressing ahead with the Games, against the will of the majority of the working class, who understand that they are being made to absorb both the associated health and economic risks.

Suga and the LDP

All of this occurs as a general election approaches in October. The LDP has been led by Suga since September last year. They are the main bourgeois party who have dominated Japanese politics for decades and have been in government almost uninterruptedly since the 1950s.

The coalition of liberal parties who defeated the LDP in 2009 quickly discredited themselves when they carried out austerity measures in the wake of the 2007-08 financial crisis. They were soon voted out in 2012 with the LDP and Komeito coalition voted back in.

There is building resentment against Suga and the LDP / Image: 内閣官房内閣広報室

But the pandemic and the scandalous situation surrounding the Games have resulted in growing public resentment towards Prime Minister Suga, who is very likely facing the end of a decade of political equilibrium for the bourgeoisie.

Abe’s election victory in 2012 ended a revolving door in which Japan had six prime ministers in as many years. Suga was supposed to be the natural inheritor of this relative stability, having campaigned for party leadership as a continuity candidate and won the backing of major factions within the otherwise divided LDP. He was also Abe’s most loyal and closest ally as his chief cabinet secretary for eight years.

But everything was thrown into disarray soon as COVID hit, and the debacle over the Olympics is only exacerbating the situation.

The LDP and their coalition partners currently have a sufficient position to maintain their dominance in the Diet (Japanese Parliament). But this could change, as a general election must take place before 21 October. Suga’s campaign is on the backfoot. In May, Suga’s Cabinet support rate fell to a record 32.2 percent. In the same poll, the disapproval rate was 44.6 percent, the highest ever for his Cabinet.

This mood was reflected in his LDP-Komeito party coalition failing to gain a majority in Tokyo’s metropolitan assembly elections. The LDP won just 33 seats in the 127-seat assembly. This is a big blow to Suga, who hoped to easily take a majority and unseat the regional party, Tomon First no Kai, through a coalition with the smaller right-wing Komeito party.

The Constitutional Democratic Party of Japan (CDPJ) is the main opposition in the national parliament. It and the Japanese Communist Party (JCP) both opposed the Games, and campaigned together on the basis of a class-collaborationist, so-called ‘united front’. They achieved 15 and 19 seats, respectively.

A general election defeat would likely lead to the splintering of factions in the LDP once again. If Suga does not win this election, his party will want him gone. But there is no obvious successor.

The LDP is losing its grip on power. This situation is tailor-made for a bold, working-class opposition to make gains. Unfortunately, no such point of expression is forthcoming, and it’s possible that one of the smaller right-wing or liberal parties could come to power on the basis of an unstable alliance.

But this would carry out the exact same pro-capitalist policy of attacks on the working class. It will lack any real support base, and will crumble once put under stress.

Make the bosses pay for the crisis!

The poll that indicated an historically low level of support for the LDP also showed 64.8 percent of the people “support no particular party”, meaning that an absolute majority of Japanese masses do not trust any of the political choices that Japan’s capitalist system has to offer.

This is hardly surprising. The pandemic and the Olympics have thrown the rottenness of the Japanese political establishment into sharp relief. It is a scandal that the Games have gone ahead over the heads of working people, who in an additional insult might have to subsidise the bosses for lost earnings!

The masses should not be made to foot the bill for the mess the bourgeoisie have created. The Marxists say: make the bosses pay for the consequences of the COVID-19 crisis, and this shambles of an Olympic Games!

We should expropriate their wealth under democratic workers’ control, to provide a decent existence to Japanese workers and youth, who have endured decades of economic freefall and some of the most brutal working conditions of any advanced capitalist country.

The task of spreading the genuine ideas of Marxism in Japan and all of East Asia is more urgent than ever. We sincerely invite all genuine revolutionaries throughout Japan to reach out to the International Marxist Tendency and join our struggle for socialism in our lifetime.