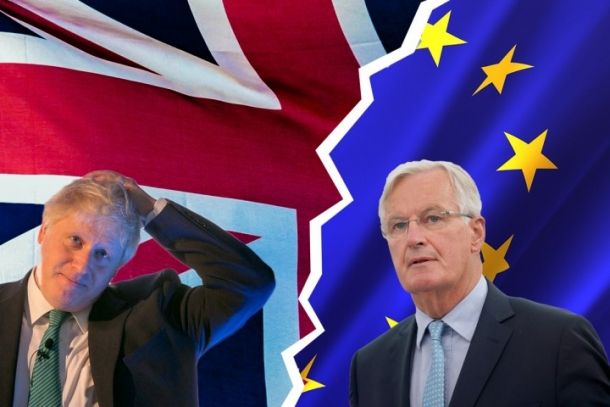 Boris Johnson and the Tories are on a collision course with Brussels. A no-deal Brexit is on the cards. Alongside a plummeting economy and a second wave of the pandemic, this is a perfect storm for British capitalism.

The Tory government is in crisis. The decision to unilaterally rip up parts of the European Withdrawal Agreement has created an intense political storm. Despite this, Johnson seems to be sticking to his course, hoping to ride it out.

This could not have come at a worse time. Britain has been hammered by the capitalist crisis and the impact of the pandemic. The UK economy collapsed by 22% in the first half of this year. All the indications are pointing to the beginning of a second wave of the virus, which could have a devastating effect this winter.

On top of all this, we have the cliffhanger of Brexit. This is a perfect storm for British capitalism.

Downing Street’s negotiations with the EU have gone from bad to worse. Everything seems to point to a no-deal Brexit by the end of the year. Now the mood in the negotiations, according to one official, is “suicidal”.

There is no trust in a British government that appears to be continually and deliberately trying to wreck the negotiations. Some assumed this to be a simple negotiating ploy, believing that everything would turn out fine. But now the same people are no longer so sure.

Boris Johnson is playing to the hardline Brexiteers in government and in his party. Out of the blue, he has put forward an Internal Market Bill, with clauses that negate the EU Withdrawal Agreement, specifically in regard to the North of Ireland.

But matters really blew up when Brandon Lewis, the Tory Northern Ireland secretary, made explicit in the Commons that the government intended to break the law. This is serious stuff.

A belligerent Johnson has said that the Bill is “fantastic”, and is simply “necessary to stop a foreign power from breaking up our country”. According to him, if there was no trade deal, this new law – which impinges on the Withdrawal Agreement – would ensure that there is no border in the Irish Sea.

But the Agreement itself was intended as the safety net. Without this, there will be a hard border on the island of Ireland. Now that scenario is looking more likely, to the horror of the Irish government and others.

The Irish backstop was the culmination of two years of fraught negotiations. The Withdrawal Agreement was the basis for any future UK-EU relationship. Now the Johnson government wants to ignore this agreement. In effect, the Tory PM has thrown a hand grenade into the proceedings.

This move was extremely provocative – incendiary even – given its timing. This could easily sink the trade talks. One EU official said it was like sitting in the negotiation room with a revolver on the table.

In other words: we are willing to negotiate and get an agreement. But if not, we are going to do as we please anyway. If there is no deal, Britain will rewrite the protocol. Give us what we want or we will take it anyway! 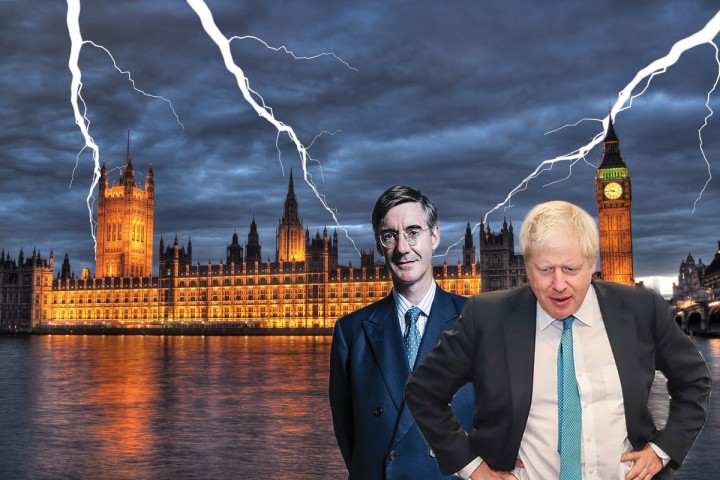 Johnson has created a maelstrom in British politics and the Tory Party by pandering to the hard Brexiteers / Image: Socialist Appeal

The new Internal Market Bill simply states that, while accepting the Withdrawal Agreement, UK government ministers have the right to rewrite parts of it as they see fit, without consulting the EU.

Johnson talked of simply “tidying up the legislation”. This will allow Britain to decide its own state aid – something that is opposed by the EU, who are demanding similar rules to allow for a “level playing field”.

This action by Johnson has created a maelstrom, not least inside the Tory Party. The government’s chief lawyer has resigned, and splits have emerged at the top.

The EU, for its part, has threatened to take legal action if the British government does not withdraw the proposed pieces of legislation by the end of September. But it doesn’t look as though Johnson and the Tories are prepared to back down to such ‘blackmail’, as they see it.

Where does this leave the situation?

The general idea was that a trade deal of sorts would be patched up by the end of October. But that now seems unlikely. The British government has stepped out onto a dangerous ledge. Cummings and the ultra-Brexiteers have the upper hand, demanding a “clean break” with the EU.

Is a trade deal between the EU and Britain now possible? It would be in the mutual interests of their respective ruling classes to get a deal. 50% of British big business exports are to the EU. Such a deal cannot therefore be ruled out.

But the ruling class have lost control over the situation – and over the Tory party. The Brexit madmen are in control of the government at the moment.

This is a dangerous development, mirrored in the United States with Trump’s presidency. This degeneration of the traditional bourgeois leaders is a reflection of the crisis of capitalism.

A trade deal would have to be a fudge to satisfy the EU. The EU would not want to rewrite the backstop agreement already reached on Ireland.

If there is a deal, it will inevitably conflict with the idea of a “clean break”, as preached by Johnson and Cummings.

The question is: do they really want a deal? They have walked out onto a narrow ledge. They must now either retreat and accept a compromise deal, or jump off.

What holds them from taking a leap is the consequences of such an action. A no-deal Brexit would cripple the British economy at a time when it is already in a dire state. It would make a bad situation even worse.

Compiling the problems British capitalism would face, Nancy Pelosi, the Speaker of the US House of Representatives, has promised that there would be no US-UK trade deal if the British jeopardise the Good Friday Agreement. Putting a hard border on the island of Ireland would certainly do that.

A belligerent Tory no-deal would also lead to greater antagonisms with the Scottish people, who did not vote for Brexit. This would push Scotland further down the road to independence. Johnson might therefore preside over the breakup of the United Kingdom – a disastrous legacy that he would not relish.

At the same time, the British government is facing an ultimatum from the EU to withdraw its threat. To accede to this would be regarded as a sign of weakness. Here, prestige comes into play.

With the EU ultimatum and the mad people in charge in Westminster, who knows where this will eventually lead?

European representatives will not negotiate under duress. There is no good faith left as the British now threaten to predetermine the outcome. The talks could easily collapse with all the consequences that this entails.

This simply adds to the dramatic crisis unfolding in Britain and internationally. It is preparing massive upheavals, which will intensify the class struggle. There has never been a more important time to change society.