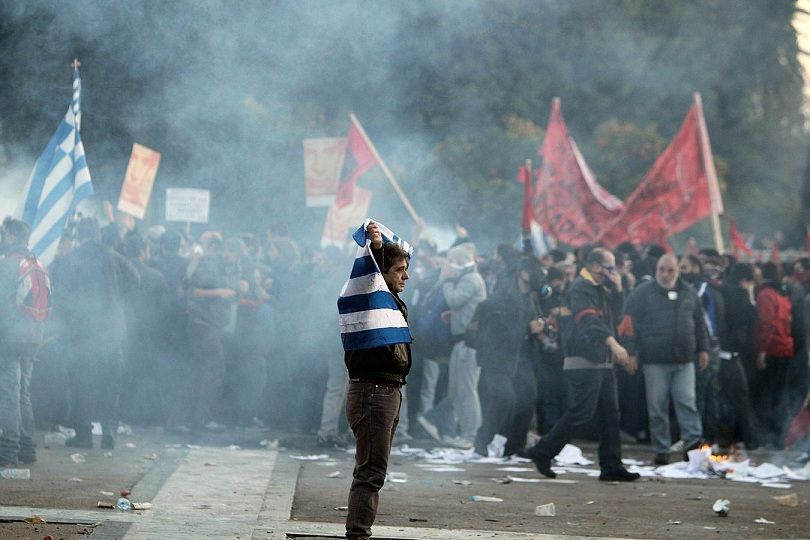 The Greek Marxists have explained for some time the need to break with Capitalism. The vacillations of the government and the blackmail of the Troika is plunging Greece into recession once more. The crisis is turning more serious and the Greek Marxists need your support.

Persistently, the Communist Tendency of Syriza has warned that the Troika will not present the Greek people with an “honourable compromise” but the only deal on the table will be one of more austerity and cuts to the living conditions of the masses. And at the moment, it appears that the Syriza government is accepting precisely such a deal, in spite of the massive victory of the No in the recent referendum. The comrades have consistently argued that the only way out is to break with capitalism. Only with socialist measures can Syriza protect the interests of the Greek workers.

This idea is winning more and more support among the youth and the workers after five months of Syriza government. The Communist Tendency is still small but it is now well known after being repeatedly attacked in the bourgeois press. During the mass rallies for the No in the referendum campaign on Friday last week, the comrades sold out of their paper Epanastasi (Revolution), in spite of many people being short of cash. This shows the potential for the ideas of Marxism in this situation.

Correct ideas are not enough, however. Our forces are still small and although the comrades are making important sacrifices, the economic situation is putting harsh limits on their finances.

In the midst of this crisis the comrades’ printer broke down. The comrades have a plan of producing a series of pamphlets to meet the thirst in the movement for ideas. However, the cost to repair the printer is €700. They also want to publish two books: Reason in Revolt and Bolshevism, the road to revolution, which will require an investment of €1,000.

We are asking our readers and supporters to help them achieve these concrete goals by raising €2,000.

We have already raised €700 before making this appeal and we’d like to thank all those who have already contributed. But we need more of you to contribute. A victory of the Greek workers would be a victory for all of us, but to win we need to strengthen the Marxist wing of the Greek labour and youth movement. Donate and invest in the struggle for socialism in Greece, Europe and beyond!

Donate by clicking on the buttons below: