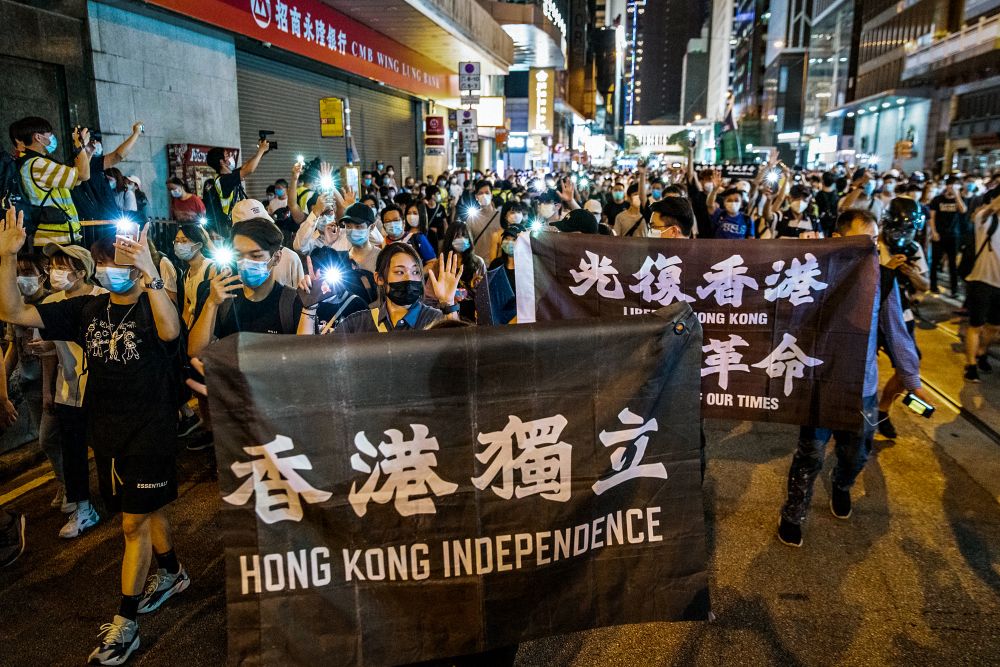 This week, the Chinese government dramatically curtailed the democratic rights of Hong Kongers by imposing onto the territory a new ‘National Security Law’. One way or another, the regime is desperate to end the ‘One Country, Two Systems’ principle, and gain the same control over Hong Kong and its population that Beijing exercises over the country as a whole.

The movement in Hong Kong is intolerable for China, not only because it provides an outlet and potential catalyst for struggles within the mainland against Beijing, but also because it has become a source of US imperialist strength, a weapon in its machinations against China. By moving to close this weakness, they have of course given the US and the UK an excuse to once again attack China. The US on Wednesday passed a bill attacking China and imposing sanctions on certain Chinese Communist Party (CCP) officials and any banks doing business with companies or individuals the US deems guilty.

Nancy Pelosi then smugly declared that “All freedom-loving people must condemn this horrific law” imposed by China. Boris Johnson and Dominic Raab have said much the same, and have discovered the joys of immigration and asylum by opening UK borders to 3 million Hong Kongers.

Protests broke out in Hong Kong against China's new security law that was designed to stamp out anti-government demonstrations.

Let us be absolutely clear: the US and UK have absolutely no place to lecture anybody about democracy and freedom. The history of these two imperialist powers is the bloodiest in the world. The UK’s comments are particularly hypocritical, since it governed the territory as a colony without any democratic rights for decades. For instance, the ‘Crimes Ordinance’ was a law passed by the British in 1971, which allowed for the imprisonment of anyone handling any material against the government, with no need for the authorities to even supply any evidence.

The new National Security Law is a transparent attempt to eliminate the rights of Hong Kongers, or those living there, to in any way organise against, or find safe haven from, the Chinese state. That it had to be passed by the National People’s Congress in Beijing, or rather its Standing Committee, and then imposed onto Hong Kong during a pandemic, eloquently demonstrates the reality. In fact, most Hong Kong legislators have yet to see the text, including, incredibly, the ‘Chief Executive’ Carrie Lam.

The new law outlaws ‘sedition’, ‘collusion with foreign forces’ and ‘subversion of the government’, all of which are punishable by up to life in jail. People accused of such will be tried in the mainland. Beijing now has its long-coveted power to have extradited from Hong Kong anyone it wishes, only in a far more powerful form than was originally stipulated in the 2019 extradition bill that sparked the movement last year. For instance, as part of these sweeping powers, a new mainland China agency will be installed in Hong Kong, staffed by mainlanders:

“The office will assess the city’s national security developments and make proposals on major strategies and policies. It is also tasked with collecting and analysing intelligence, as well as handling cases concerning national security… [Its] staff will have to observe local laws but will not be under Hong Kong jurisdiction while carrying out their duties.” (South China Morning Post, 2.7.20)

In our articles analysing the mass movement of 2019, we warned that, if the movement did not advance clear, working-class-based demands, and make an appeal to the workers of the mainland, it would be doomed to defeat. A movement can only keep its members on the streets for so long if it has no clear strategy, perspectives or organisation at all. Of course, no one could have predicted the COVID-19 pandemic and subsequent lockdown, which Beijing has used to push this law and crackdown through, but pandemic or not, the movement would have eventually died down.

Hong Kong police arrested around 370 protesters the day after the new national security law was passed in Beijing. pic.twitter.com/Qbzrw7bmZz

In these articles, we pointed out that when the movement does die down, Beijing will use that opportunity to start making arrests of key activists and to terrorise the population into submission. This is exactly what they are now doing. Following the passing of the law, a few protests, very small in comparison with those of last summer, took place. Being small, they were easy to quell, and 370 were arrested, 10 of which for violating the new law which is already in effect. The most prominent activists of last year’s movement (there were no official leaders of course), Joshua Wong, Nathan Law, Agnes Chow and Jeffrey Ngo, announced they are ceasing to be active and that the party they founded from 2014’s Umbrella movement is dissolving itself.

This speaks volumes. The new law represents a serious attack on the rights of ordinary Hong Kongers, limited as they are. The thousands of young people who valiantly fought, despite their liberal, pro-capitalist leaders, are now in serious danger. Unfortunately, the light-minded way in which their leaders carried out the movement, by refusing to organise it properly, refusing to link it to the working class and social demands, failing to utilise the weapon of strike action and instead making reactionary appeals to Donald Trump: all these errors doomed the movement and has left the youth extremely vulnerable to repression.

Beijing has enacted a controversial new security law in Hong Kong. It criminalizes secession, subversion of state power, terrorism and collusion with foreign entities — carrying a penalty of up to life in prison.

Police have arrested more than 300 people protesting the law. pic.twitter.com/6rKUM6DsLR

The new law also leaves workers in the mainland more vulnerable. For decades, labour leaders have fled to Hong Kong to escape persecution, and the city has become a hub for organising solidarity with striking workers in mainland China. The new law makes it easy for Beijing to claim such people are financing terrorism or subversion, and to have them extradited to face trial or be disappeared. 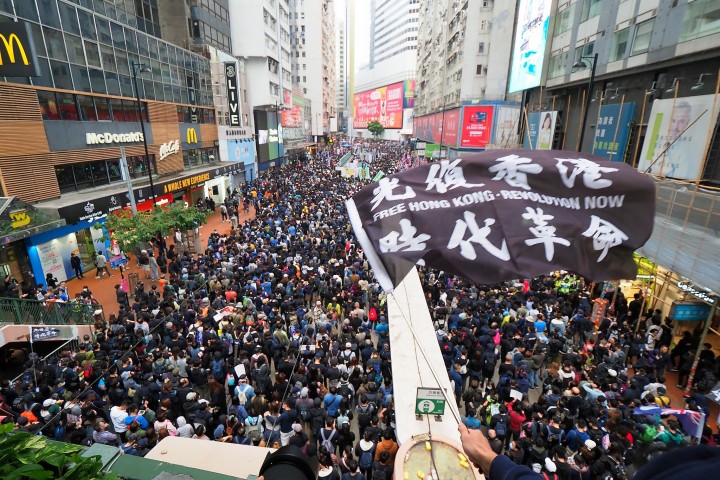 The workers and youth of Hong Kong have learnt a very painful and hard lesson. The only force that can help them defeat the capitalist authoritarian regime in Beijing is the mainland working class. Forward to the Chinese revolution! / Image: Studio Incendo, Flickr

One of the key lessons of the movement of the past 12 months is that imperialist governments in the West are not friends but rather enemies in the struggle for democratic rights in Hong Kong. Trump and Boris Johnson can huff and puff all they like, and indeed all of this will be used to further their trade war with China. But there is no way this will change things for the workers of Hong Kong (not that it is really intended to). Bourgeois diplomacy is never about freedom and universal values, but cold, hard interests. China’s economic weight is such that it drags other countries and their interests into its orbit. That is why the leaders of Muslim countries say nothing about the brutal oppression of the Uighur Muslims of Xinjiang. These politicians’ love of cash trumps piety every time. Far from providing a safe haven to Hong Kongers, many countries harbouring them will allow them to be extradited to China in order to keep on doing good business with it.

The workers and youth of Hong Kong have learnt a very painful and hard lesson. They must draw the conclusion that the only path to freedom runs through, not away from, China. That is to say, the only force that can help them defeat the capitalist authoritarian regime in Beijing is the mainland working class. Forward to the Chinese revolution!