Details
In Defence of Marxism
07 February 2022 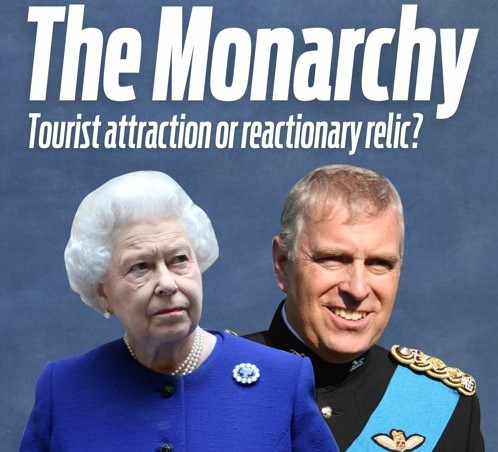 We’re often told that the British monarchy is little more than harmless pompery, the equivalent of a shiny ornament atop the solid Christmas tree of British democracy. It is there to look nice, but does not actually affect how the country is run. And after all, isn’t the Queen a lovely lady who works mightily hard?

But the sinister truth couldn’t be further from this myth peddled by the ruling class. From the death of Princess Diana to Meghan Markle’s revelations and most recently the sexual abuse allegations levelled against Prince Andrew, we’ve been afforded a glimpse at the rotten stench that lies at the heart of this reactionary institution. Undoubtedly, the celebrations around the Platinum Jubilee for the 70 years since the coronation of Elizabeth II will be a nauseating but hopeless attempt at re-establishing the public’s opinion of the Monarchy that has been eaten away by the recent series of scandals.

In this talk for Socialist Appeal Revolution Festival, Andy Southwark discusses the real role of the Monarchy as an important reserve power of the ruling class, maintained as a counter-revolutionary weapon to be deployed in the fight against socialism. For further analysis, we recommend this article by marxist.com editor Alan Woods on the history and function of the royal family, published following the death of Princess Diana and deep crisis that engulfed the Windsors in 1997.