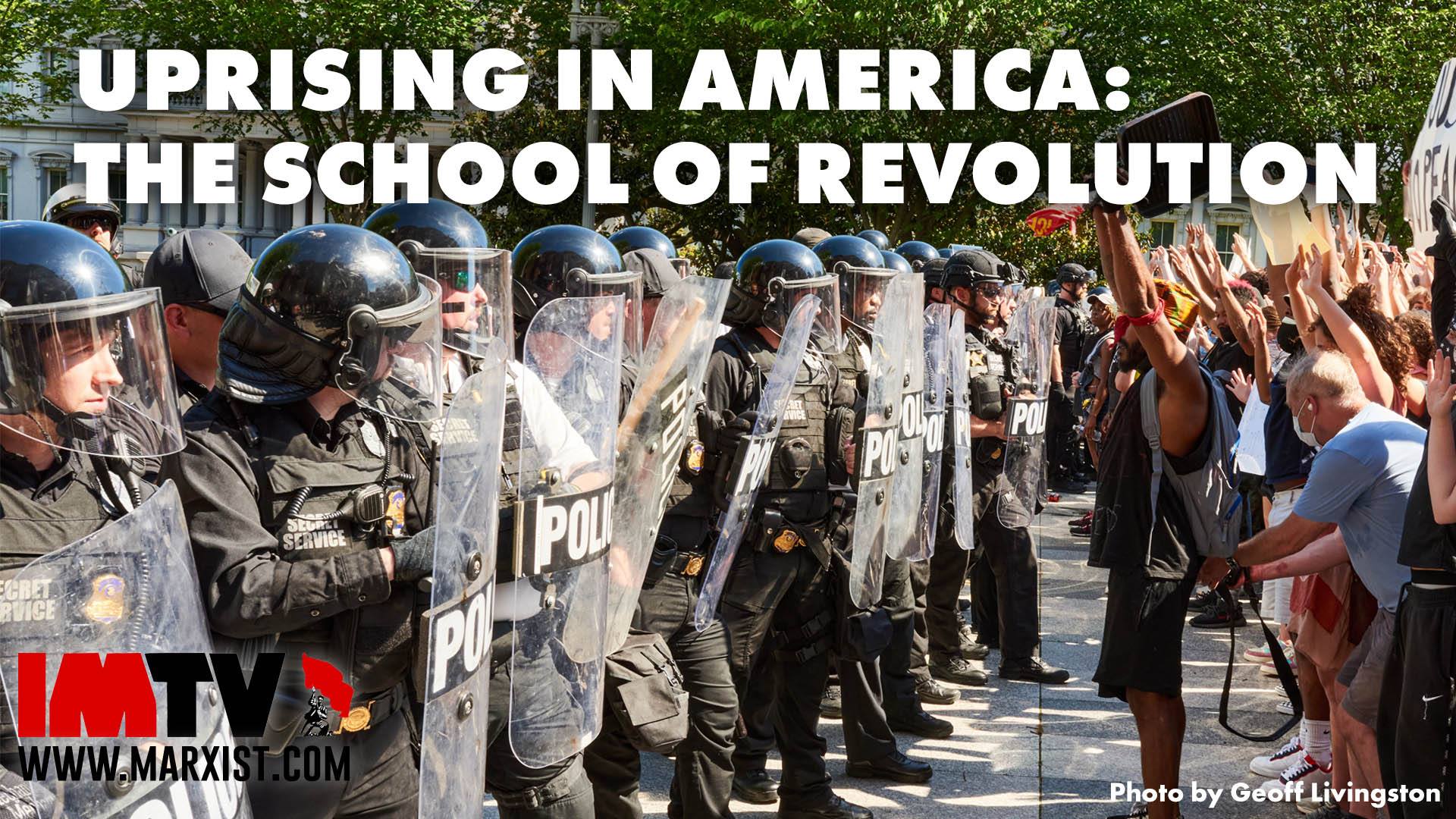 Watch Alan Woods (editor of marxist.com) discussing the explosive events in the USA. The appalling murder of George Floyd has unleashed a mighty wave of pent-up fury across the cities of the USA. A wave of indignation has brought thousands of people onto the streets.

The mass media is howling about the supposed violence of the protesters. But where is the real source of violence? Who is shooting at innocent and peaceful demonstrators? Who has been systematically carrying out violence against African Americans for centuries? Who maintains the highest incarceration rate in the world? It is the US state apparatus, which is far from a neutral arbiter that we are told it is. But like all capitalist states, it is in the last instance, nothing but armed bodies of men, organised to defend the interests of the capitalist class. These lessons are being drawn by thousands of American workers and youth these days. These are the first battles of the great revolutionary struggles of the future.