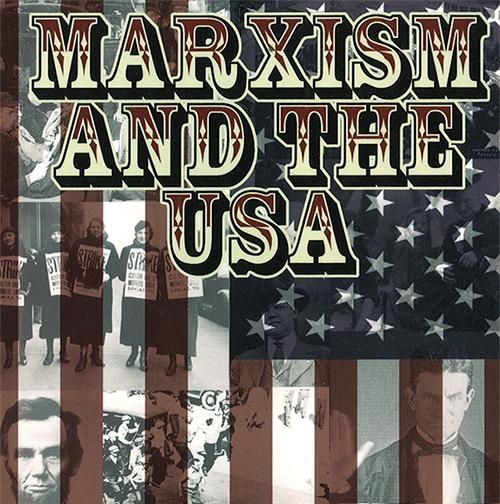 Marxism and the USA by Alan Woods was the first title produced by Wellred USA, a modest milestone reflecting growing interest in the ideas of Marxist in the United States. The book was written at a time when George W. Bush was president, a time when many around the world – including many on the left – considered the U.S. to be one reactionary bloc, devoid of class struggle or revolutionary potential. Woods' aim was to dispel these misconceptions, draw on the marvelous traditions of struggle throughout U.S. history, and inspire those new to the ideas of Marxism to learn more – and get involved. Providing one example after another, he showed how the ideas of socialism and communism are not recent, "foreign" importations, but have deep roots in the American tradition itself.

He also debunks many of the common misconceptions Americans have about socialism, taking up the question of socialism and religion, freedom vs. dictatorship, an explanation of what happened in the Soviet Union and more. Today there is an immense polarization of wealth in the U.S. between the extremely rich and the extremely poor. The years of boom have come to an end. In spite of its immense power, U.S. capitalism has entered a phase of terminal decline along with the rest of the world. This is reflected in the questioning by many ordinary working Americans of the society they live in. The ideas of Marxism can explain why society finds itself in this impasse and also offer a way out to American workers and youth. The American people and above all the American working class have a great revolutionary tradition. On the basis of great historical events they are destined to rediscover these traditions and to stand once more in the front line of the revolution as they did in 1776 and 1861. The future of the entire world ultimately depends on this perspective. And although today it may seem very far off, it is not so incredible as one might think. Marxism and the USA will serve as an introduction to the rich revolutionary history of the United States. This new, expanded Second Edition includes an introduction by John Peterson and new appendices on The 1934 Minneapolis Teamsters Strike, the early history of the Socialist Party, Shays' Rebellion, and Engels on the need for a labor party.