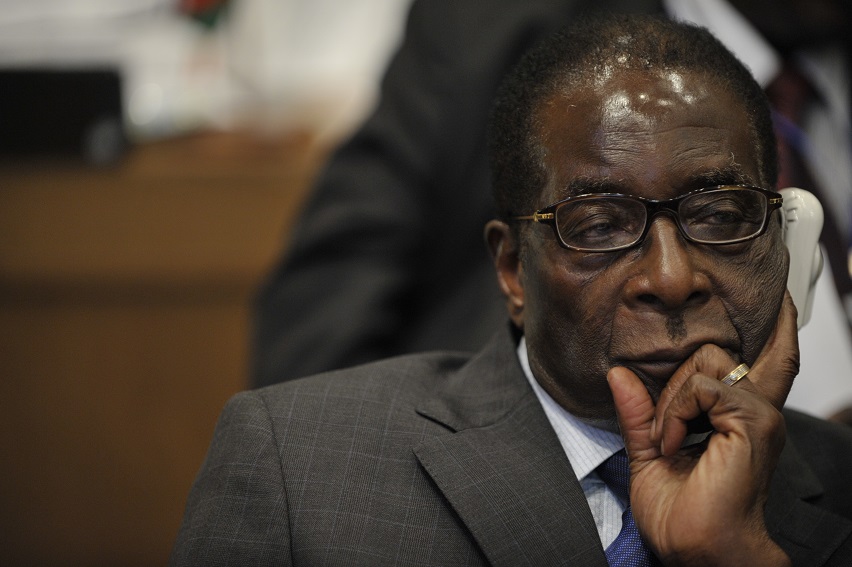 Tensions are reaching boiling point in Zimbabwe after the Army Commander, General Constantino Chimurenga, threatened that the army could “step in” if the ruling party, ZANU-PF, continues with the purge of veteran leaders in its ranks.

This follows the events a week ago when President Robert Mugabe fired his deputy president, Emmerson Mnangagwa, to clear the way for his wife Grace to succeed him. The dramatic move came after a tense weekend in which Mnangagwa and Grace Mugabe – who were seen as the leading candidates to replace the 93-year-old president – clashed in the open. 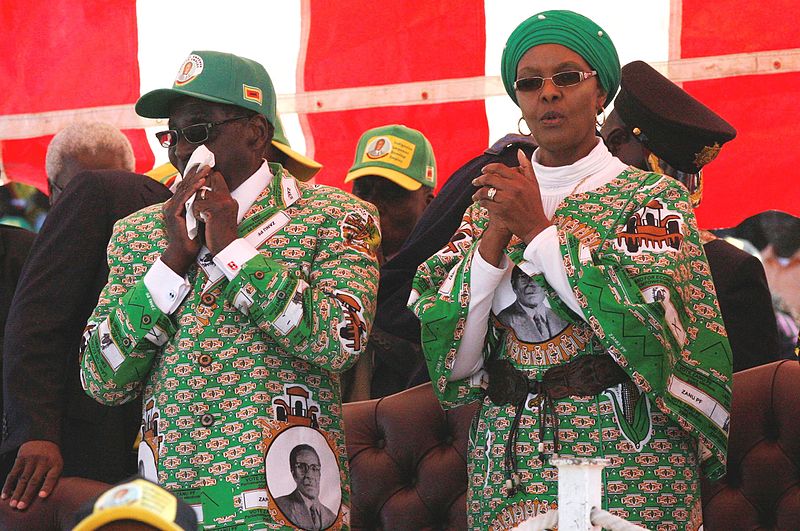 Mnangagwa was for a long time seen as Mugabe's most loyal lieutenant, having worked alongside him for more than 40 years. His sudden removal sent shockwaves through ZANU-PF, the state and the rest of the political establishment. It also opened the road to power for Grace Mugabe, Robert Mugabe’s wife, who is deeply unpopular with the military establishment.

Backed by 90 senior officers, the army released a direct warning to Mugabe:

"The current purging, which is clearly targeting members of the party with a liberation background, must stop forthwith. We must remind those behind the current treacherous shenanigans that when it comes to matters of protecting our revolution, the military will not hesitate to step in.”

These words were spoken by General Chiwenga during a media conference at army headquarters on Monday. This was a direct test of Mugabe’s authority over the military.

After this, speculation was rife that Mugabe would now remove Chiwenga, who is seen as an ally of the ousted Emmerson Mnangagwa. He has previously warned the military to stay away from ZANU-PF's succession race. If he did nothing, it might be interpreted as a sign of weakness. 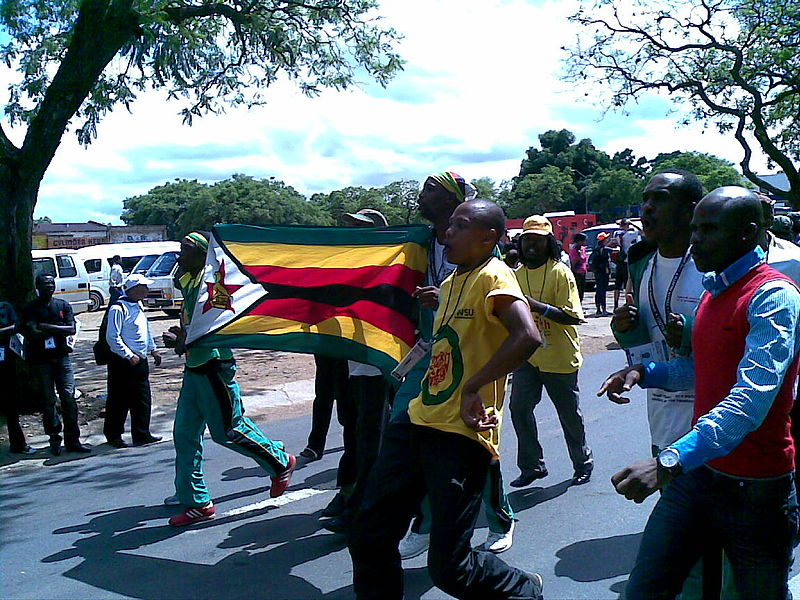 “We will stand guard in defence of the revolution like the people of Turkey last year who repelled rogue security forces from interfering with an elected government.”

ZANU-PF itself accused the army generals of “treasonable conduct.”

But before Mugabe could move, reports came in on Tuesday of troop deployments around the Zimbabwe Broadcasting Corporation. There were also reports of tanks and armoured personnel carriers being deployed in the outskirts of Harare. This sparked rumours of an attempted coup, although this could not be confirmed either from the side of the Mugabe government or the military. The army was also angered after neither the ZBC state broadcaster nor the government-run Herald daily covered the army chief's open threat to Mugabe.

Then at 4 o'clock this morning, the army issued a statement, denying a coup but saying that they are dealing with “criminals around him [Mugabe] who are committing crimes that are causing social and economic suffering in the country.” This is clearly aimed at the so-called “Generation 40” (G40) faction of Mugabe and his wife, Grace. The statement also warned “other” security services “against any provocation” and “to cooperate for the good of the country.”

Overnight the army also arrested the Finance Minister Ignatius Chombo, a key member of the G40 faction, and reportedly placed Mugabe and his wife under house arrest. Armoured vehicles have also blocked roads on Wednesday morning in central Harare around key government buildings and the state house.

The sacking of Emmerson Mnangagwa by Mugabe shook the country. Before he was fired Mugabe openly threatened to fire him, accusing him of fanning factionalism to garner support ahead of the ruling ZANU-PF party's special congress due in December, after his wife was booed at a rally.

Last month, Mnangagwa was stripped of his role as justice minister as part of a campaign to reduce his powers and quash opposition within the government. He was vilified in public by Mugabe and his wife before being unceremoniously fired from the second most powerful position in the party and the state. He finally fled to South Africa after claiming that his life was in danger.

These developments are linked to the succession race to replace the clearly senile 93-year old Mugabe, who has held the reigns for 37 years. It comes in the wake of a full-scale purge of government officials, civil servants and officials at parastatals by Mugabe, his wife and the G40 clique. These are mainly the upstart faction of the Youth League and those who rose to prominence after the liberation war.

They are backing Grace Mugabe to succeed her husband as president of ZANU-PF and the country. The other faction composed largely of the older generation of state officials, the army chiefs and senior civil servants. Mugabe has clearly turned against these layers in favour of the clique around his wife. This has even angered war veterans of the liberation era, who have also come out against him.

But it seems Mugabe has badly miscalculated. Mnangagwa’s sacking has clearly sparked serious repercussions beyond Mugabe's control. Mnangagwa is very close to the army and has has powerful military and security connections. The move to oust him has clearly upset these layers.

The crisis marks a serious escalation, not only in the race to succeed Mugabe, but of the deep ongoing crisis in Zimbabwe. It flows from the collapse of the economy and how this has eroded the social base of the regime. This has caused a crisis of the regime, which is fearing overthrow after mass protests rocked the country in 2016, including the biggest general strike in the nation’s history over a shortage of cash. The government tried to get out of the crisis by trying to impose import controls. This only exacerbated the crisis. The country has since been plunged into a severe balance of payments crisis.

At the time, this caused a crisis in the state because the government could not even pay workers in the public sector. This is an important element in the equation. The crisis sparked fear of unrest in the armed forces. The military tops are clearly concerned about the legitimacy of Mugabe and the clique around him and are acting now to remove this clique for fear that the whole regime might fall.

The independence of Zimbabwe was achieved by the struggle of the masses but was negotiated in the Lancaster House agreements with the UK government, which removed from the table any meaningful land reform. Once in power, Mugabe shifted sharply to the right and in the 1990s adopted openly ‘free market’ policies imposed by the IMF.

These so-called Structural Adjustment Programmes of the IMF included the removal of price controls and wage controls; cuts in government spending; the lifting of state subsidies on basic consumer goods; liberalisation of the foreign currency allocation system; a 40 percent devaluation of the Zimbabwean dollar; restructuring of the various state-owned companies, etc. Later, Mugabe fell out with western imperialism, which in turn imposed devastating sanctions on the country, which are haunting the poor Zimbabwean masses to this day.

All these factors have completely dislocated the economy. The cuts in the public sector led to the collapse in the healthcare and education sectors. There was a huge devaluation of the Zimbabwean Dollar, manufacturing and mining production collapsed, unemployment went up dramatically and hyper-inflation eventually led to the collapse of the currency. 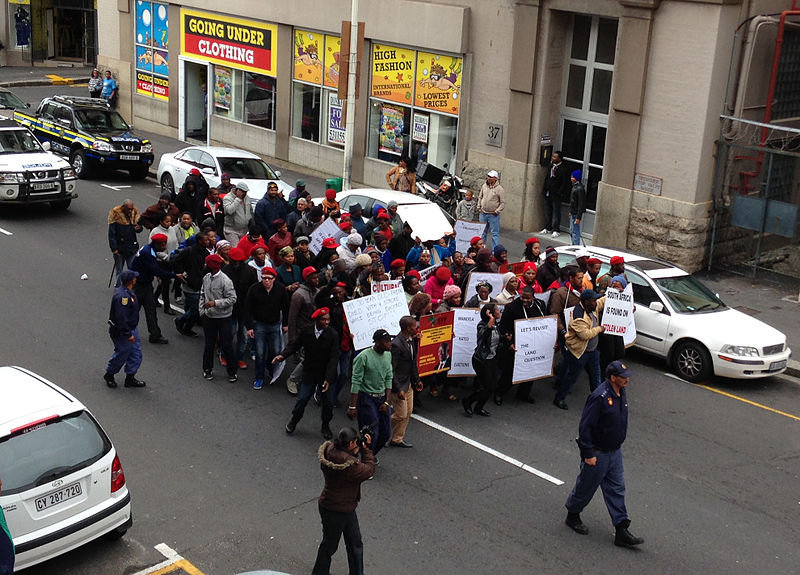 The situation is now intolerable in Zimbabwe as a direct result of the mess caused by Western imperialism, the IMF and the Mugabe regime. So long as Mugabe was applying their dictates he was the darling of the West, receiving honorary doctors degrees in the Western capitals. But the devastating effects of these policies on his social base prompted him to demagogically come in conflict with his imperialist masters. He tried to impose price controls but this merely led to a black market, which exacerbated the economic situation. Following this, he demagogically rediscovered the land question and leaned on the landless peasants and war veterans in order to hold on to power.

But the land expropriations eventually led to a situation where the best land is now in the hands of the clique around Mugabe, including many top people in the military and state bureaucracy. In addition, instead of following a policy of collectivisation and maintaining the high level of mechanisation under the control of the farm workers themselves, many farms were simply broken up into smaller plots, leading to the collapse of the agriculture sector: the largest sector of the economy. 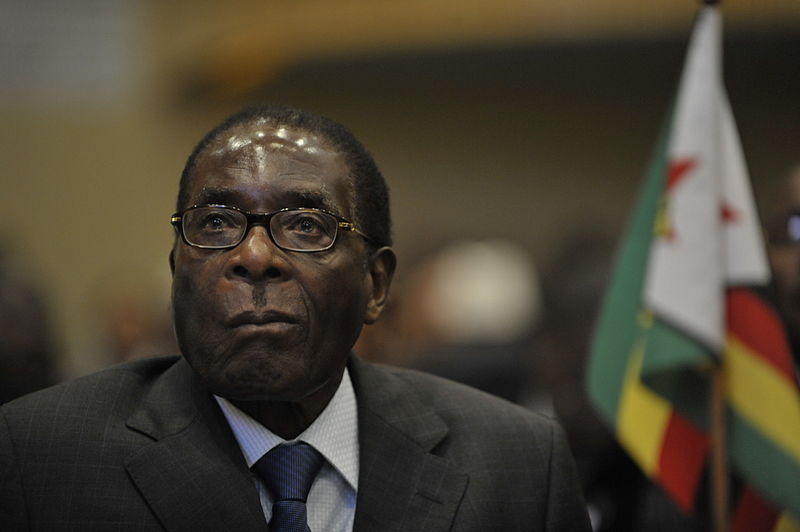 The struggle for succession has ignited a crisis in the Mugabe regime / Image: Jesse B. Awalt

This is a serious crisis and could even lead to civil war. Such an outcome would destabilize the whole region but it is clear that at some point the regime could be overthrown. The different factions can no longer solely rely on their base, leading to all kind of intrigues and power-plays in its ranks. It is a sign of the deep crisis if the regime. Neither ZANU-PF nor the opposition MDC (which is itself split into three different factions) can offer any solution out of the crisis for the Zimbabwe masses. All of this has meant that the regime has lost huge support from its social base. At some point the regime runs the risk of being overthrown.

The workers, peasants and the poor in Zimbabwe can trust none of the political factions at the top, but must rediscover the route to independent action based on their own strength.