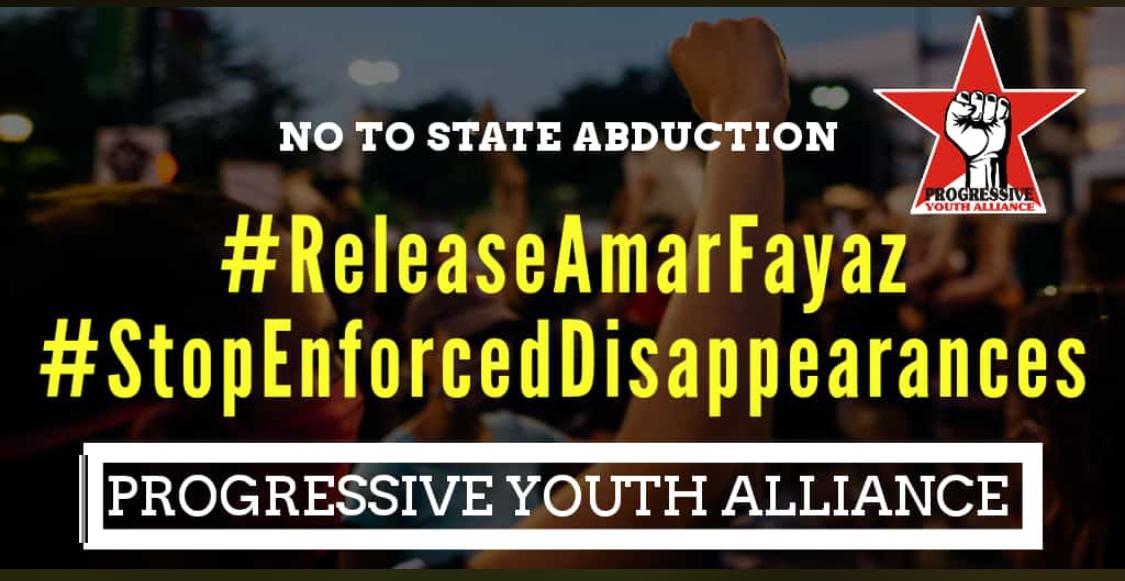 On 8 November at around 1:30 a.m., men in two jeeps of the kind typically used by security agencies for abductions, along with three police cars, abducted comrade Amar Fayaz in Jamshoro, Sindh. He was sitting near the gate of Liaqat Medical University in Jamshoro when this incident happened. No one knows his whereabouts since then. We appeal to all our comrades and supporters to struggle for his release!

Fayaz has been affiliated with Progressive Youth Alliance (PYA) for some years and is involved in the struggle for free education for all, restoration of student unions, employment for all and for the overthrow of capitalism. He has also been translating Marxist books into the Sindhi language. On 16 November, his translation of the book The Relevance of Marxism Today by Alan Woods will be launched at a labour conference at Hyderabad Press Club. 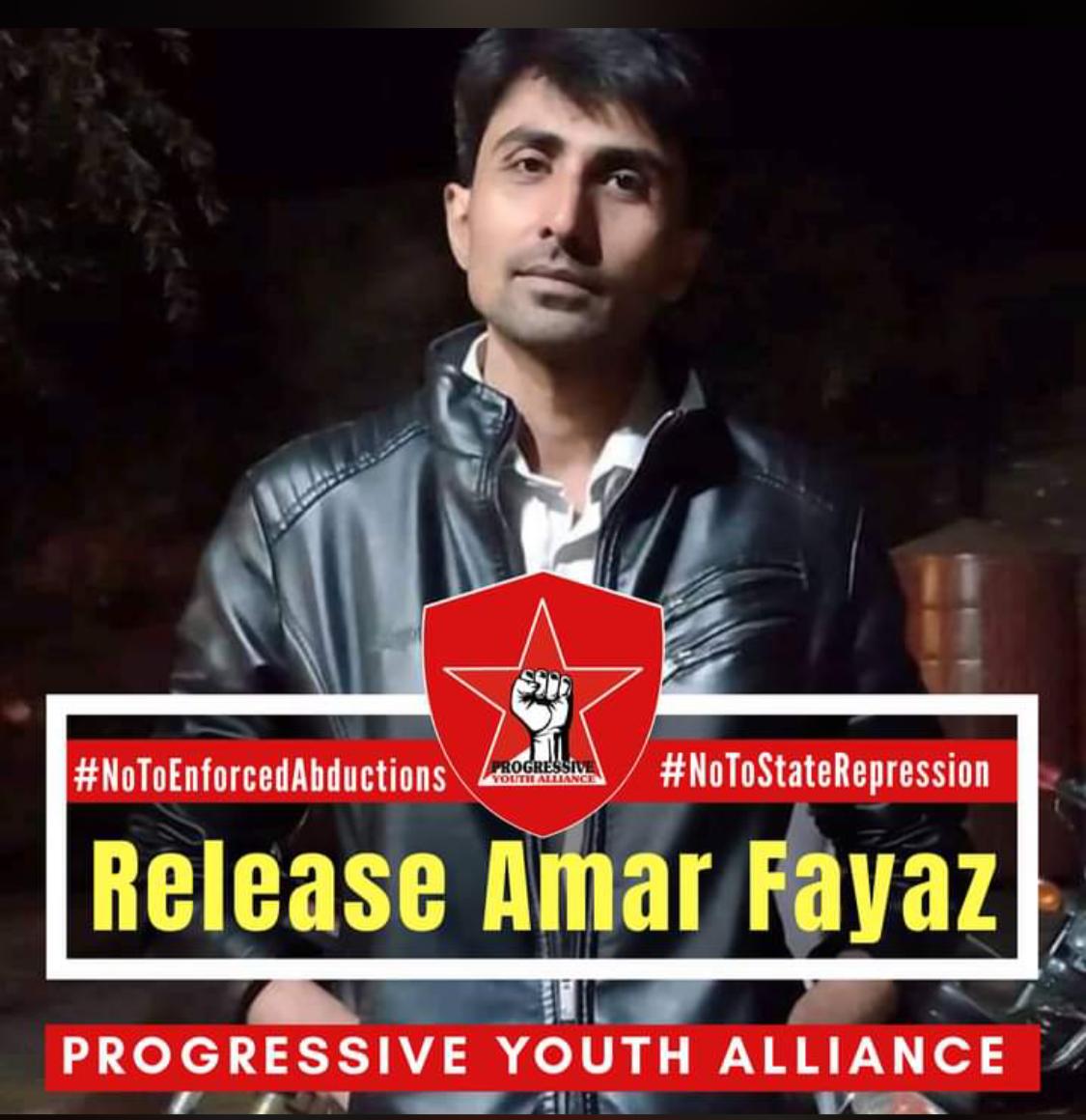 Amar Fayaz was abducted on 8 November at around 1:30 a.m. in Jamshoro, Sindh, and nobody knows his whereabouts / Image: PYA

Up to now, the police have been unable to explain this abduction and have not provided any registered case against Fayaz. The impotence of the police in Sindh was shown a few weeks ago when the chief of police was himself abducted late at night by the Rangers and secret services, and ordered to register a case on some political figures from opposition parties. The case of the police chief's abduction has not been registered yet and an inquiry ordered by the Army Chief of Pakistan into the matter has not appeared either. This clearly shows the reality of the courts, legal process, police and other methods of maintaining law and order in this country.

In recent months, abductions of political workers have become routine, with victims being severely tortured during abductions and kept in inhuman conditions without any legal authority. Many have died during this ordeal, for which no one is ever punished. We severely condemn this barbarism of the secret services in Pakistan, which are allowed to act with impunity.

We demand that, if Amar Fayaz has committed any crime, he should be presented before a court of law and a legal case should be registered against him. We demand similar measures for all the abducted political activists in Sindh and across the whole country. We condemn such abductions by the secret services and demand that all these abducted political workers should either be produced before the courts if there is any case against them or be released immediately.

Crimes of the state

Reports of suicides due to poverty have become commonplace, in which parents kill themselves and their children due to extreme poverty. Meanwhile, the loot and plunder of the ruling class have reached new extremes, with basic items like wheat flour, sugar and petrol being hoarded or smuggled, creating an artificial shortage of these items leading to skyrocketing prices. No one is ever punished or held responsible for these brutal crimes, which lead to the economic massacre of the population. The price of medicines has been raised up to 500 percent by the current government in recent months, due to which the number of people dying needlessly has reached new heights across the country.

In this situation, the secret services are being used to brutally crush any form of dissent and efforts to organise the working class. The abduction of Amar Fayaz is also a part of this process going on in the country. The PYA vows to fight against this brutality and barbarism, and is organising protests across the country from today for his immediate release. We appeal to every human being with a conscience to support us in our struggle.

Condemn the anti-worker policies of the Pakistani state!

Long live the unity of the working class!