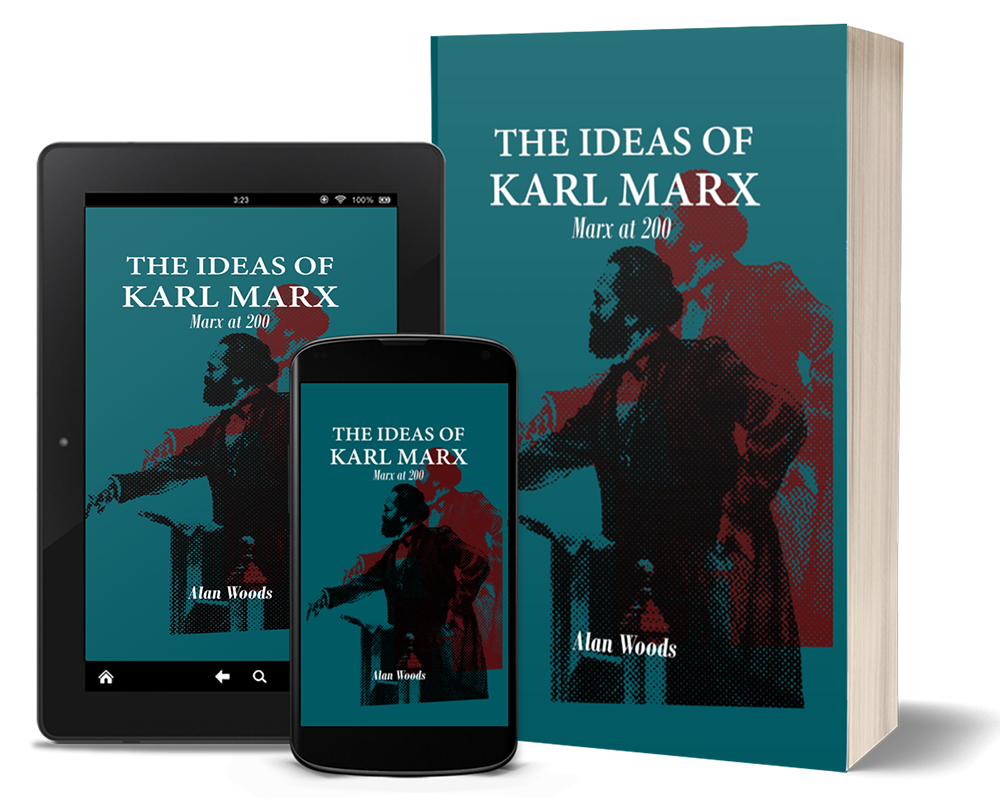 Two hundred years after the birth of the great revolutionary Karl Marx, across the world, the capitalist system is in crisis and the working class are moving into action to change their lives. In ruling class circles, no longer do they snidely declare the death of Marx. On the contrary, there is fear and consternation in their ranks. There has, therefore, never been a more urgent time to study his ideas.

This short book, released for the two hundredth birthday of Marx, contains a series of articles on the man, his life, and his ideas: from an explanation of the philosophy of Marxism; to Marx’s battles against petty-bourgeois anarchist ideas; to Trotsky’s assessment of the Communist Manifesto. And much more!

This book should be read by all class-conscious workers as the beginning of the study of the ideas of Marxism. As Lenin said, “without revolutionary theory there can be no revolutionary movement."