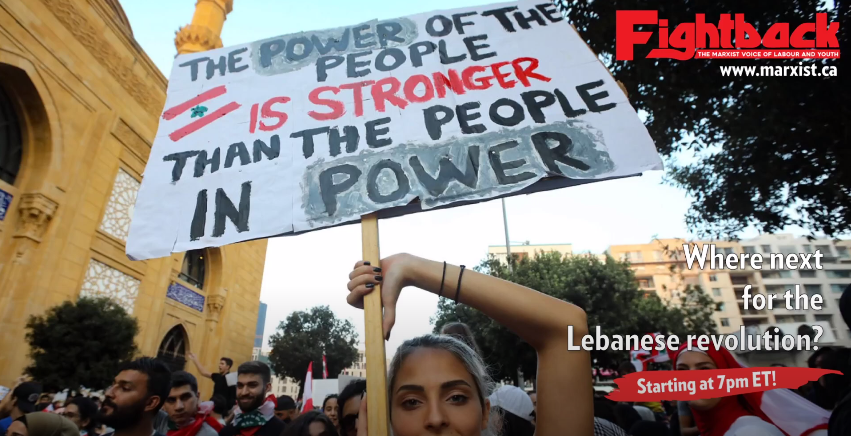 The Lebanese masses are moving once again. In the wake of the 4 August Beirut blast which devastated much of the city, the masses have taken to the streets to hold those responsible to account. Rightfully, they have aimed their anger at the corrupt government of Lebanon which caused the blast through their neglect and corruption. In the wake of this powerful movement, the government has resigned for the second time in less than a year. This is a great achievement, but the revolution must go further and take power into its own hands. What next for the Lebanese masses? How can the workers of Lebanon take power, and spread the revolution across the Middle East? This online discussion was organised by our Canadian comrades at Fightback.