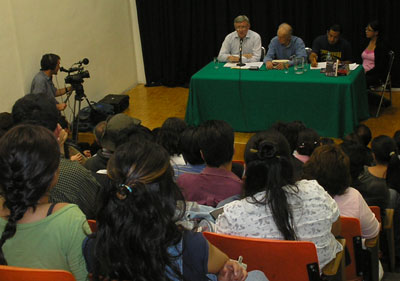 At 7pm in the auditorium of the Leon Trotsky Museum, Coyoacan, Esteban Volkov, Trotsky's grandson, and Alan Woods addressed a packed meeting on the occasion of the launching of what was in effect Trotsky's last book that he finished shortly before his assassination, Stalin's Gangsters.

This book, which analyses in detail the activities of Stalin's GPU and its agents in the Mexican labour movement, has been out of print for many years and has now been republished by the Frederick Engels Foundation (Mexico) in collaboration with Esteban Volkov and the Leon Trotsky Museum. 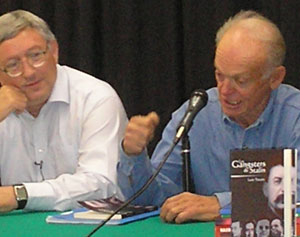 In a moving opening speech, Esteban warmly thanked the Foundation and Alan Woods for their help in publishing this book, to which he attaches great importance. He related briefly but graphically the events that led to the assassination of his grandfather:

"My grandfather was never in any doubt that in the end Stalin would succeed. He was sceptical about the high walls and defences the comrades built after the failure of the first attempt in May 1940. He was sure that the second attempt would be quite different. When he staggered through the door with blood streaming down his face and his glasses broken, he pointed to the assassin and uttered the word: ‘Jackson', as if to say: ‘This is the man we have been waiting for.' And he accepted death with great calmness. He pointed to his heart and said: ‘this time they have succeeded; I feel it here.' And he took leave of life, talking to Natalia with great tenderness. His final words were: ‘I am confident of the victory of the IV International' - that is to say, he was sure of the victory of our movement." 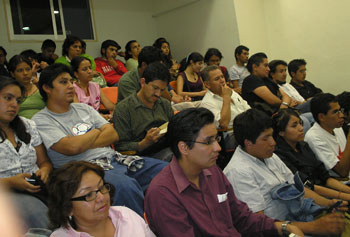 His speech was received with warm applause by the audience of over 100 people, workers and youth, who clearly appreciated the historical importance of this meeting.

The second speaker was Alan Woods, who pointed out that a few days earlier he had addressed a meeting in the Workers' University of Mexico, set up by Lombardo Toledano, one of the main "gangsters of Stalin". This was, he said, the revenge of history on the Stalinists who had planned the assassination of the great Russian revolutionary in August 1940.

Alan went on to ask how it was possible for one man to be the target of Stalin and the GPU, with all the resources of the USSR behind them. He strongly condemned the superficial view so often put forward that it was a "struggle for power" between two individuals. He said that from a Marxist point of view, Stalin and Trotsky represented the interests of two different classes or castes. Trotsky and the Left Opposition represented the interests of the working class and the original ideas of October, workers' democracy and proletarian internationalism, while Stalin represented the material interests of the caste of millions of officials who had usurped power in the USSR after Lenin's death. 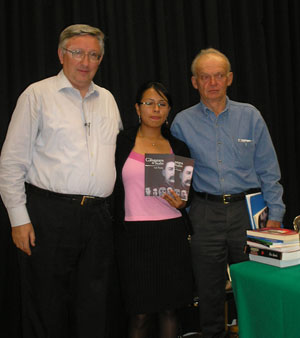 Alan gave a detailed account of Trotsky's life, listing all his contributions to the revolutionary cause before and after 1917, from being elected as President to the Petersburg Soviet in 1905, to masterminding the October Revolution together with Lenin, creating the Red Army from nothing and writing all the manifestos of the first four congresses of the Communist International.

Nevertheless, Alan insisted, the most important contribution Trotsky made was in the last ten years when, virtually alone and in exile, he continued the fight against the Stalinist political counterrevolution. His writings, especially The Revolution Betrayed, constitute the only real Marxist critique of Stalinism, and are an absolutely fundamental guide for anyone today who wished to understand what happened to the USSR. 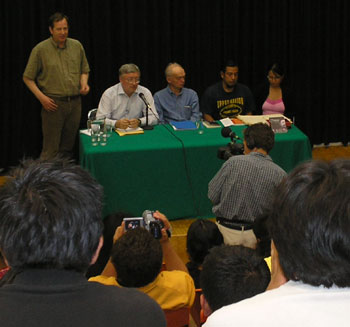 Stalin's hatred of Trotsky, which led him to exterminate almost all his family, was motivated by fear. The approach of the Second World War made Stalin increasingly alarmed and paranoid. That is why he exterminated all the finest generals of the Red Army in the Purges.

Above all he feared Trotsky, the last witness and accuser of his crimes and the last point of reference for the workers of the USSR and the world. He had Trotsky's articles on his desk at the Kremlin every morning. He gave express instructions to kill Trotsky at all costs, sparing no amount of money and resources. There was never any doubt about the outcome.

But today the whole monstrous edifice of Stalinism has collapsed once and for all. Many honest communists are asking questions about the past, and are open to the ideas of Trotsky as never before. The future lies with these ideas, Alan said, to enthusiastic applause. 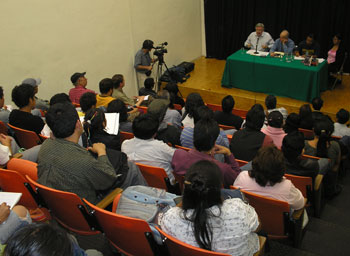 After a brief question and answer session, Alan and Esteban replied. Alan emphasised the need for the Trotskyists to work with the masses, in particular the unions, and he warmly praised the contribution of a worker who spoke from the floor in this sense: "Unless we are able to sink deep roots in the mass organizations of the class, we will never succeed," he said. "But we are doing just that and our success is guaranteed. We will carry on the struggle begun so long ago by Marx, Engels, Lenin and Trotsky, and it will end in victory."

"Trotsky gave every minute of his life to the cause of the working class and socialist revolution. There is no cause more important than this. He gave his life for it. But Leon Trotsky is not dead. His ideas are more alive than ever."