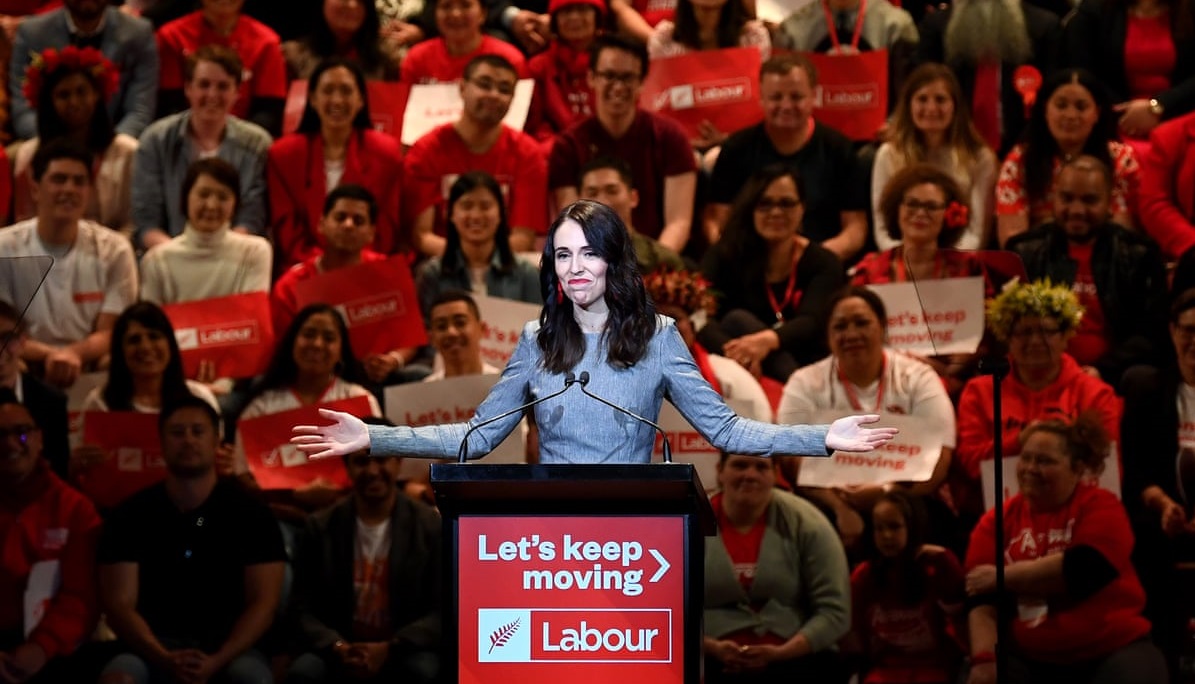 A political earthquake struck New Zealand on general election night, with the Labour Party securing a second term in office with an absolute majority. This is the first time since the MMP voting system was introduced in 1996 that a political party has won such a majority.

This election is highly significant in New Zealand politics. It shows the dramatic shift to the left within society and the polarisation taking place. In fact, the only parallel with this election is in the depression-era 1938 general election when Labour was re-elected, under the first-past-the-post voting system, with a swing of 10.1 percent from National to Labour. This enabled Mickey Savage's Labour Government to introduce the welfare state, and other pro-worker reforms in full.

Unfortunately, there are few comparisons on policy with the present day Labour Party and the one elected in the 1930s. The programme promises very little, and represents nothing of the sort of fundamental change that the rhetoric of Ardern sometimes suggests, and as we pointed out in July (New Zealand: 2020 budget, COVID-19 elimination and the new normal), it will not resolve the crisis now facing New Zealand. 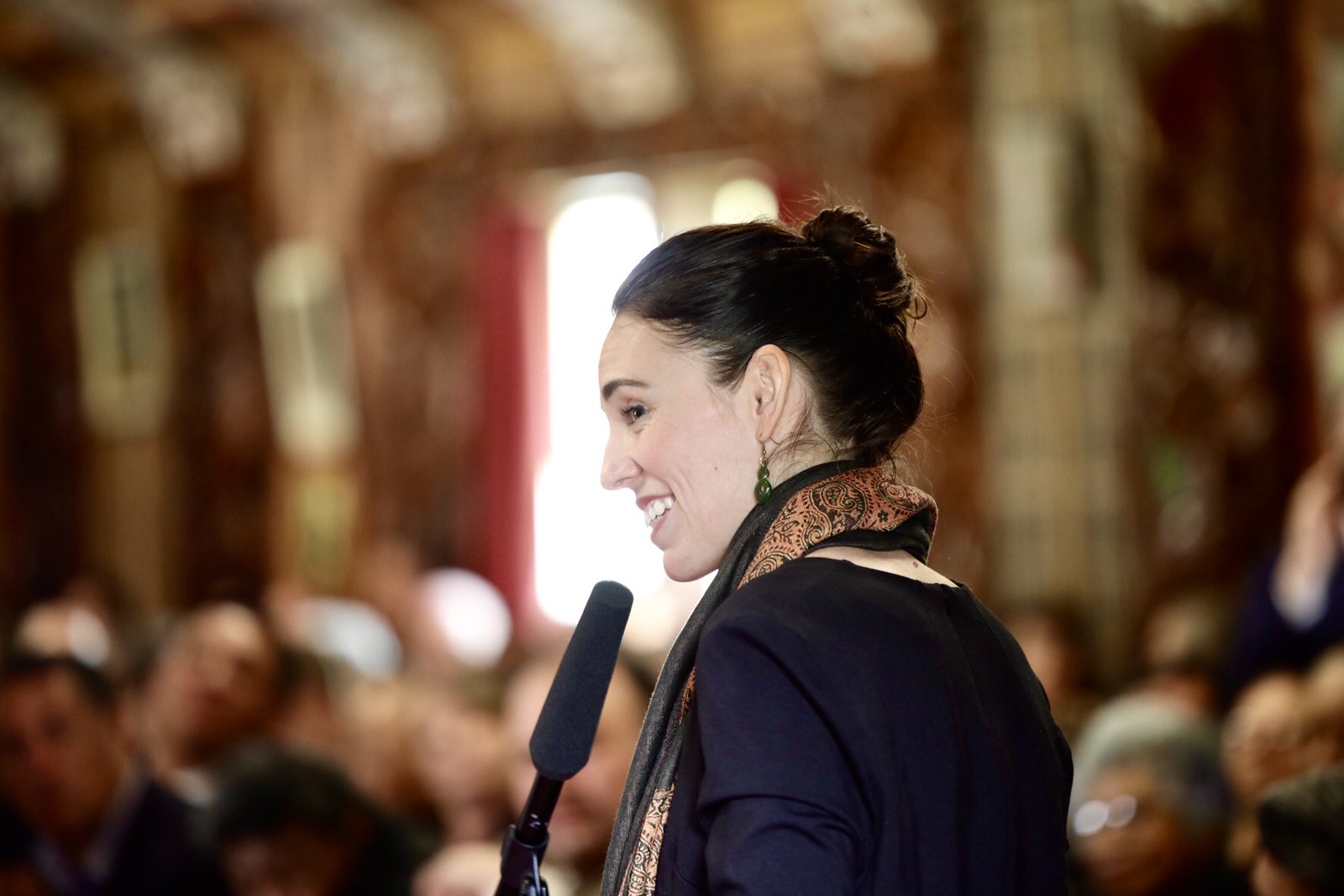 The leadership of Jacinda Ardern through the Christchurch massacre, the Whakaari volcanic eruption disaster, and through the pandemic has been rewarded with an absolute majority / Image: Nevada Halbert Flickr

The National Party was routed. They have lost true blue electorates in rural areas, and the provincial cities. There were high profile National losses to Labour such as Deputy Leader Gerry Brownlee losing Ilam (CHCH), and Nick Smith losing Nelson. However, these beaten individuals will return as list MPs unless they decide to quit politics. Brownlee certainly looked like a well beaten man on election night when the count revealed his fate.

The National Party vote collapsed due to the shift to the left within society. National played their usual dog whistle politics on the issues of obesity and homelessness (associating both with Māori and Pasifika), with no effect but to reduce their vote! Brownlee spreading fake news about the government concealing COVID-19 figures in New Zealand in August sealed his fate, and the National Party's too. Additionally, when National announced their economic policy prescription of austerity, the figures did not add up properly, and voters didn't trust them.

The open in-fighting in the National Party, resulting in three Leaders of the Opposition since the beginning of 2020, put voters off too, resulting in potential National voters switching in droves to either Labour or the libertarian ACT. 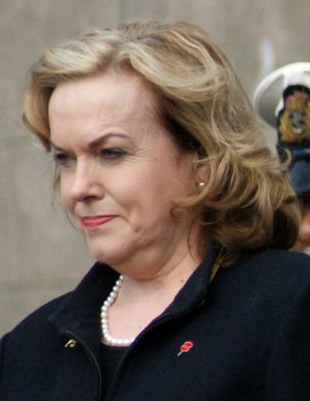 National and the right were routed / Image: 111 Emergency

Again, New Zealanders looked at what other right-wing governments were doing overseas. This had an effect too. The question ordinary New Zalanders were weighing up is: do we want to elect an in-fighting National government and end-up with an omnishambles like in the UK or USA?

NZF failed to win an electorate or get over the 5 percent threshold to be returned to parliament. This right-wing demagogic conservative party has got the election result they deserve. On the one-hand, Labour voters saw NZF as applying a political handbrake to progressive Labour policies in the former Labour-led coalition government, and on the other hand, National voters saw it as a betrayal when NZF went into a coalition with Labour in 2017. Without doubt, the leftward shift in society played an important role in this most-deserved election result.

NZF was set up as a political vehicle for Winston Peters, who is now 75. It is most likely that the party will wither away in the same manner as United Future did when Peter Dunne was defeated by Labour at the 2017 general election.

The Green Party positioned their policy to the left of Labour and rode the shift to the left in electoral terms to good effect. The Greens won Auckland Central and will have 9 list MPs. This is a major achievement for the Greens who last won an electorate in 1999. In rhetoric, the Green Party is going to be a left thorn in Labour's side. However, we cannot rule out that Labour will try to make a coalition in spite of their majority and give the Green Party Ministerial portfolios outside of cabinet to try and neutralise this.

Once again, the National Party made a sweetheart deal with ACT in the Epsom electorate to not seriously contest the seat, and gave a nod and a wink to National voters to support ACT. ACT did very well in the election, not only winning in Epsom but garnering 8 percent of the overall vote. ACT will have 10 MPs. ACT is a rightwing libertarian party that was spawned by the Labour traitors that introduced Rogernomics (after the the right-wing economic policies followed by Labour’s then-Minister of Finance Roger Douglas) into New Zealand in the 1980s Labour Governments. The reason ACT did so well was that some National voters switched to them in the vain attempt to bolster the right vote under MMP, so that a potential right-wing government could be formed. Obviously, these voters miscalculated, and did not understand the magnitude of the political earthquake to the left. ACT will implode in parliament and in-fighting will occur amongst this “interesting” bunch of right-wing libertarians!

The Māori Party is leading in the Waiariki Māori electorate by 415 votes from Labour's Tamati Coffey. The result will be decided by the special votes, made by people who have enrolled after writ day. The revival of the Māori Party is not surprising as the party has a new layer of young activists and has put forward a left policy platform. When added to Labour's failure to deliver for Māori in government in areas such as social security, health, justice, housing and education, the result is not surprising. If the result stays the same then the Māori Party will have one MP, possibly two if the party votes goes above 1.2 percent. This is an early warning shot across Labour's bow that they have to deliver for working-class Māori (and by extension, all workers in Aotearoa.)

The special votes will benefit the left parties and possibly increase Labour's majority. It must be noted that there are a number of electorate seats that National has just held on to and there is a possibility that these votes may cause an electorate or two to go to Labour. Such a result will not change the MMP seat arithmetic too much but certainly list seats will go to the left as their proportionality is increased under MMP.

Being on the Pacific Ring of Fire, every New Zealander knows that a tsunami is likely after a large magnitude earthquake, and that our civil defence must be prepared for such an eventuality. An economic tsunami is heading towards New Zealand after this political high-magnitude earthquake. Already the early warning signs are here, with a deep recession starting, growing public indebtedness, and unemployment. Labour has an absolute majority. The right-wing Labour leaders can no longer hide behind NZF, and say there is nothing that they can do.

The right-wing Labour leaders’ present policies are about managing capitalism. However well meaning the right-wing Labour leaders are, this will inevitably mean bending the knee to the capitalists, and carrying out the logic of capitalism, bringing in severe austerity against the working class. This is exactly what has been overwhelmingly rejected by voters in the general election.

Already, economists are warning Adern that the second term will be harder than the first. What they are really saying is that the ruling class will call upon Labour to carry out attacks on the working class. As we wrote in July, the government after the election will be one of crisis. 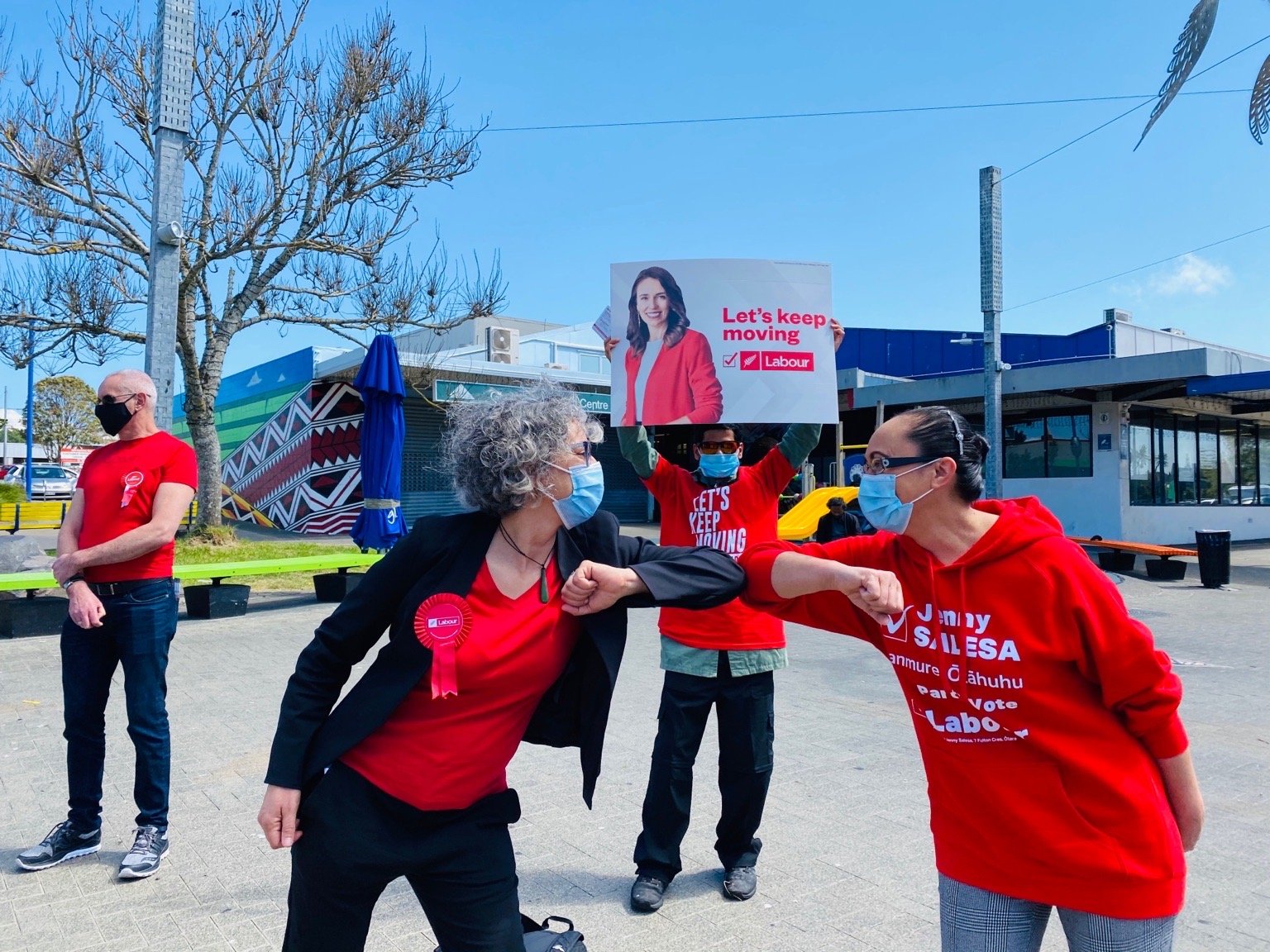 The Labour government must break with capitalism, go to the left and adopt bold socialist policies that address the issues faced by workers. Otherwise, disillusionment will eventually set in among the masses, and pave the way for the right to gain power again. Bold socialist policies such as nationalisation and workers' control and management are the civil defence measures needed by workers to survive and prosper after the capitalist economic tsunami hits New Zealand

The real opposition to the right-wing Labour leadership will not come from National in parliament, but from the re-invigorated rank and file of the Labour Party and affiliated unions. The right-wing Labour leaders will come under enormous pressure and have difficulty maintaining caucus discipline due to the large intake of MPs. Already, the bourgeois are suggesting that there is a lack of “experience” in the caucus. The contradictions will intensify between, on the one hand the pressure of the ruling class, transmitted through the leadership of the party and that of the unions, and on the other hand, the workers, through the rank-and-file of the party and the unions, which will affect the new MPs. This offers great opportunities to build the ideas of Marxism in the labour movement.

Let's Keep Moving was the general election slogan of the Labour Party. We say, Let's Move towards Socialism!